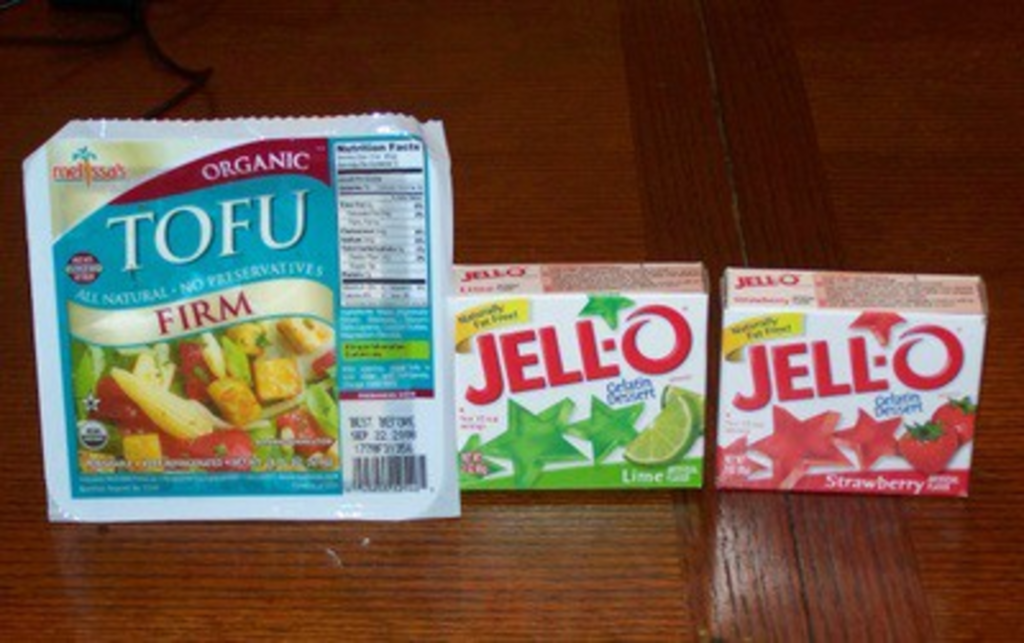 Once in a great while, I’ll come across a recipe so odd, foul or just plain wrong-sounding that I feel compelled to make it. Such was the case this week when I received a press release from the Soyfood Council titled “Back to School with Soyfood Snacks.”

Instead of feeding your children salty or fatty after-school snacks, the Soyfood Council says, you should feed them (what else) soy. The release goes on to list four recipes. Three of which sound all right — soy nuts, soy vegetable dip and SoyJoy granola bars. But the recipe at the top is the one that caught my attention. Actually, it’s not so much a recipe as just two items mixed together: tofu and Jell-O.

For as long as Jell-O has been around, it seems, people have been trying their best to ruin it by mixing it with things. Example A: Jell-O and fruit cocktail. But tofu and Jello-O is a new low. I asked my vegetarian friend Ben, who swears by tofu, if he’d ever thought of mixing it with Jell-O. He said he doesn’t eat Jell-O because it’s made with gelatin, but that tofu and Jell-O “sounds pretty disgusting.”

I knew right then I had to taste it.