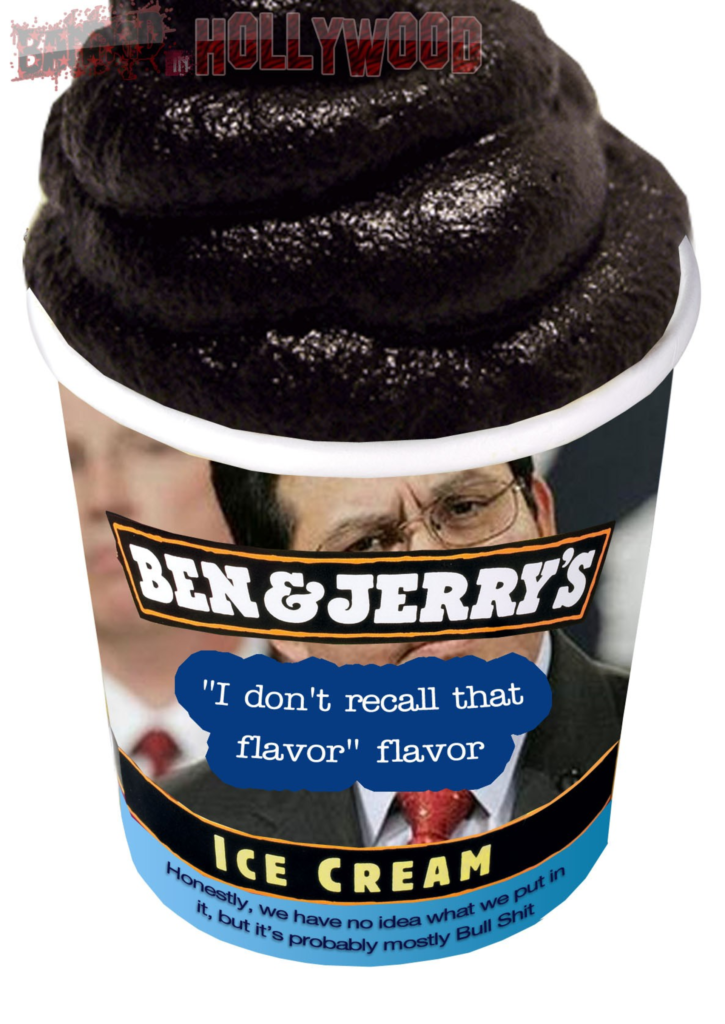 Ben & Jerry’s has become known for the names of its ice cream as much as for the ice cream itself. And to celebrate our dearly departed president, it decided to let the public name George W. Bush’s ice cream.

Not really. What is true is that after Ben & Jerry’s released “Yes Pecan” for Obama, every blogger worth his or her pixels tried to outdo one another by picking an ice cream for W. Somebody had the good sense to round up the names on a list.

Here, in no particular order, are my numbers two through nine favorites:

And my number one choice is: