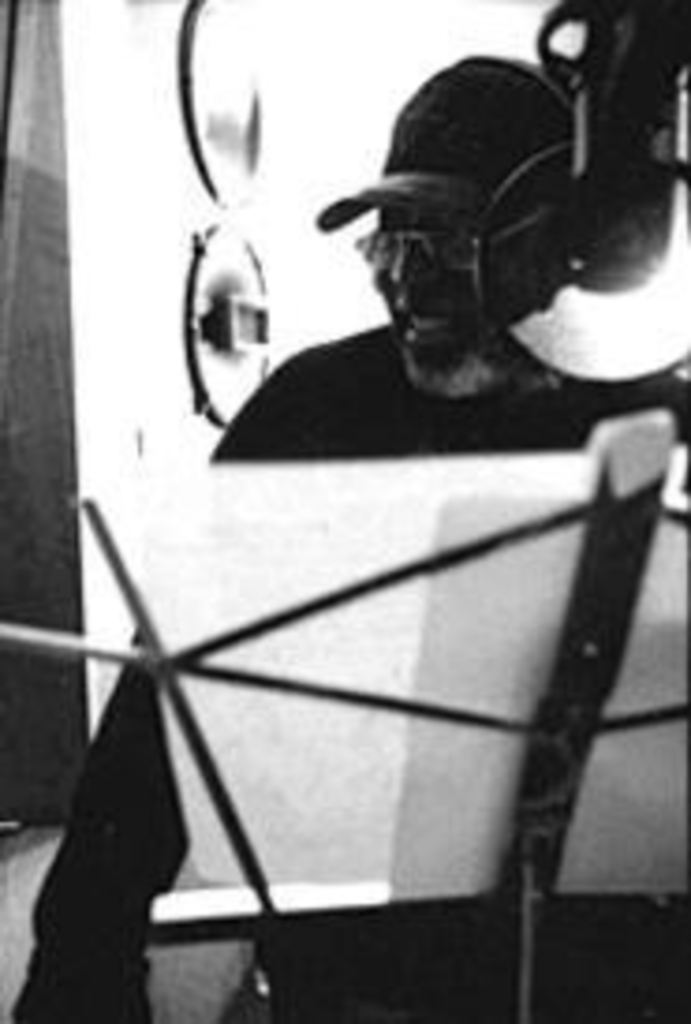 Eugene McDaniels‘ story is a sadly familiar one. This 65-year-old singer, songwriter and producer is yet another musician ripped off by his record company, another artist with a tremendous amount of talent who never received props, another innovator whose music became the backbone of several rap songs although he was never acknowledged or given any money for the sampling of his music. But McDaniels, unlike many others in this situation, is getting a second chance. Thirty years after its original release, his long-out-of-print album Headless Heroes of the Apocalypse is being reissued by Label M Records, giving another generation an opportunity to absorb his earthy combination of hi-fi soul, psychedelic funk and insightful social commentary.

In 1971, McDaniels’ provocative poetry and race-conscious lyrics upset the establishment. McDaniels, who was born in Kansas City, Kansas, says Richard Nixon’s vice president, Spiro Agnew, called Atlantic Records and demanded to know why the label would release such a politically charged and subversive album.

“I got a call from one of the Ertegun brothers who ran Atlantic, and he was like, ‘What the hell is going on? What are you trying to do?'” McDaniels recalls. “Soon after [the record company] got the call, the promotion on the record stopped, and it died.”

The same year Headless Heroes proved too hot for Atlantic to handle, Motown released Marvin Gaye’s masterpiece What’s Going On? Both artists used brutally honest language and a journalistic eye for detail to document America’s treatment of African-Americans, but the records experienced very different fates. What’s Going On? is universally hailed as one of the greatest albums of all time, while Headless Heroes vanished into obscurity.

“It was a black man in open, conscious resistance of the power that was trying to keep him enslaved — that was me. I was just teasing the powers that be,” McDaniels says, laughing. “It was great and horrible at the same time. At last I got a chance to say what I believed in my deepest heart about politics, slavery and about the genocide of the Indians.” (McDaniels is part Native American.) “Music was the only forum I had to express myself. Who is going to listen to me talk on the street corner?”

Musically, Headless Heroes unveils a seamless tapestry of pure soul, but McDaniels’ work was inspired by a folk singer and a jazz musician. “Bob Dylan was always serious,” he says. “When he first came out, I didn’t like him because I was consciously into music at a specific level. But my unconscious said to me, ‘Wait a minute, just listen.’ I couldn’t stand his voice because I had rules about how a voice should sound, but I told myself to give up the rules, man, and let stuff happen. I found out this guy is really talking about some important stuff. When I started recording Headless Heroes, I was thinking in terms of Miles Davis and Bob Dylan along with my own interpretations of that, so that’s why the album came out the way it did.”

While most mainstream music listeners might not have experienced McDaniels’ work as a primary source, even casual hip-hop fans have probably heard some of his grooves. DJs and producers have been pirating breaks from Headless Heroes for years, with the Beastie Boys, A Tribe Called Quest, Organized Konfusion and Pete Rock ranking among the most high-profile raiders. Atlantic, the label that buried the album, now collects all the royalties from such samples, and McDaniels doesn’t see a dime.

“We are in a slavery business,” he says. “The major record companies are slave owners. Artists have next to no rights to their own material.”

But after years of having no claim to his soul classic, McDaniels finally has the opportunity to cash in on its delayed popularity. Headless Heroes ranks near the top of crate-diggers’ wish lists, going for up to $100 at used-record stores and spawning thousands of bootleg copies. With hardcore soul addicts finally getting the chance to purchase the original album for a reasonable price, Headless Heroes figures to be a successful reissue, but McDaniels says he has no particular expectations. “If people are listening at a deeper level than just listening for money, good,” he says. “I don’t want people sayin’, ‘Is this dude going to make some money? Is his record going to be platinum?’ Believe me, I have made money. I have had money stolen from me. It doesn’t matter. None of that matters. My life is so beautiful. God sends money to me because I have tapped in so hard to his power.”

McDaniels’ spirituality can be traced back to the relationship he had with his father, a Church of God and Christ minister who died in 1991. “My dad came from a sharecropper family,” McDaniels says. “He was self-educated and put himself through high school after he became a minister. He didn’t believe in poverty — he didn’t believe in the concept — so he always found a way for us to live well. He was an amazing guy.”

His father also introduced him to music, in the form of hymns and gospel. “My dad says that from the time I was two I was singing,” he says. “Music is not something I chose; it chose me.”

At age eleven, McDaniels formed his own R&B group, The Sultans (later the Echoes of Joy). “Being with my guys was a lot of fun, but I was at a point in my life where I had to figure out what I was going to do,” he says.

As a solo artist, he scored several regional hits in the early ’60s, but singing jazz became his calling. He did Sarah Vaughan impressions at a nightclub to make ends meet. (“She was my heart,” he says. “I wanted to sing like her so much.”) McDaniels worked with Cannonball Adderley, Miles Davis, the Count Basie Band and numerous other jazz players. He later would be best known for writing “Compared to What” for Eddie Harris and Les McCann and Roberta Flack’s hit “Feel Like Makin’ Love.”

Now living in Pittery Point, Maine, in a sort of self-imposed exile, McDaniels still writes, but he’s concentrating on screenplays instead of music. He would like to record again, but he can’t land a deal. “The industry loves young, dumb kids,” he says. “There’s nothing wrong with that. I was a young, dumb kid. When I was young and dumb they exploited me and stole millions of dollars from me. That’s the way the industry works.”