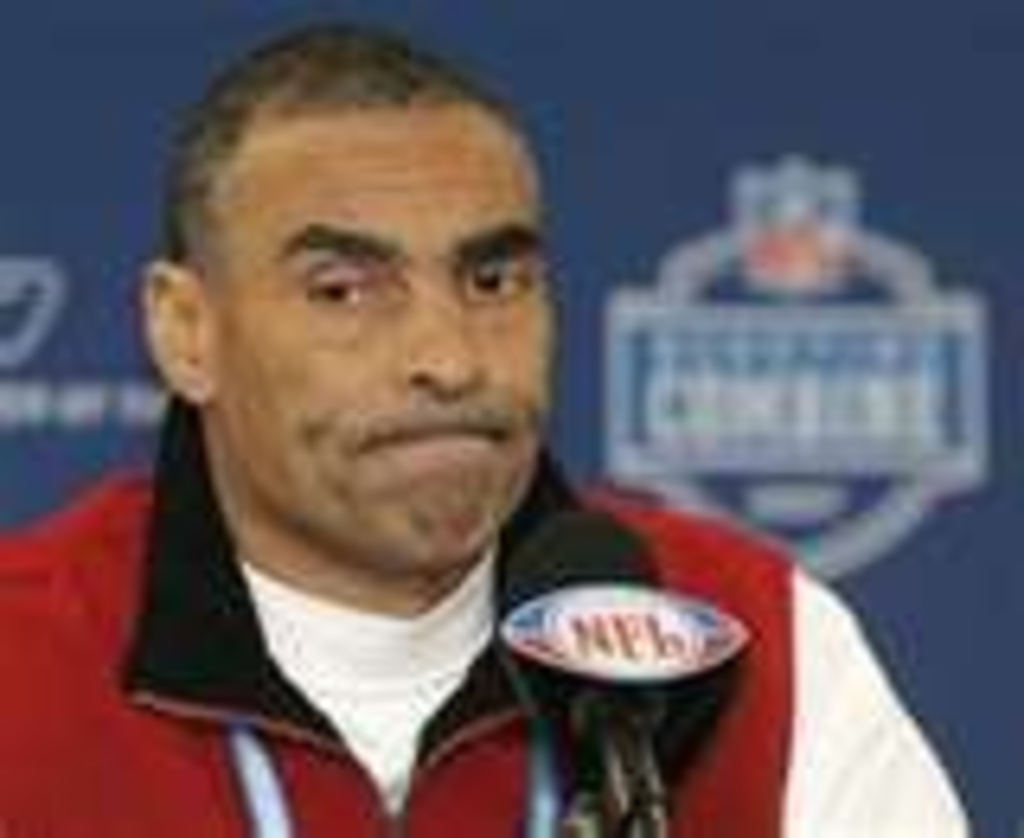 The Chiefs stink, but the head coach is sure entertaining.

Herm Edwards developed a reputation for being a quote machine while coaching the New York Jets. His “You play to win the game” riff, in 2002, ranks with Jim Mora’s incredulous response to a reporter’s question about the post-season hopes of the 2001 Indianapolis Colts.

Edwards has continued to shine at the podium since arriving in KC. In fact, Pro Football Prospectus, a guide that tries to do for football what Bill James and other data crunchers have done for baseball, devotes a special section to Edwards in a compilation of the year in quotes. The Hermanisms show the coach’s many sides:

The master of the obvious: “When you play the game, the players have to make plays.”

The realist: “People aren’t used to this [losing] in Kansas City. Get over it, it happens, it’s called life.”

The father figure: “Be a pro, stay out of bad places where bad things happen.”

The decider: “I go with my gut. Your gut always tells you what’s right.”

The lord of discipline, who said he had a “tolerance box” for players who showed poor judgment: “It’s a bad box to be in, because I eventually I’m going to run you out of here.”

Green imagined Belichick and NFL Commissioner Roger Goodell discussing the spying incident in a courtroom like the one depicted in the film.

“And they’re sitting in the courtroom and they’re having this discussion and all of a sudden Goodell’s like, ‘Did you order a code red?’ And Belichick’s sitting there and you know he’s just getting peeved that he’s even in there and the audacity to bring him and question him.

“When that whole thing was going on that’s the analogy and kind of the visual I have is that eventually Belichick kind of snapped and said, ‘You’re darn right I ordered a code red.’ “