Her name is Rio 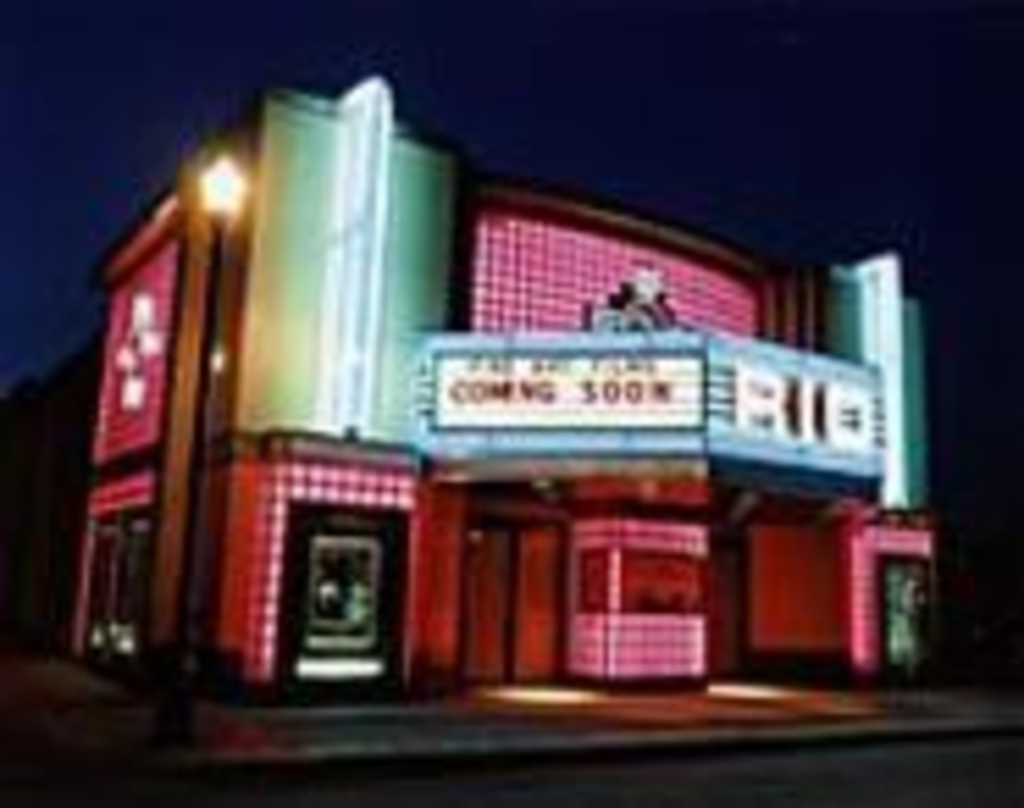 The Rio Theater first opened its doors on Christmas Day 1946 — and shut them in the ’80s. But Brian Mossman, owner of the Fine Arts Theatre on Johnson Drive, is bringing the Rio back to life — and, he says, it’s definitely flowing in the right direction.

Although the Rio, located in Overland Park, with its green and pink paint job, neon lights, gold crowning, and palm trees, may look more like a casino than a theater, Mossman says that this unique look will draw in the customers because of its retro design and atmosphere, showing the megaplexes that the old-school movie theater can still hang with the big dogs and offer just as much bite as bark.

The Boller Brothers, a legendary midcentury Kansas City architectural firm, designed the Rio’s building, which is now encased in 2,000 feet of green, pink, blue, and white neon and features authentic bits and pieces of long-gone vintage local theaters, such as the Isis and Abilene theaters.

Sticking to the retro side of things, the reopening of the Rio will feature the same picture the theater originally opened with: The Hurricane (1937). This film — in which white actors play islanders, and Jon Hall and Dorothy Lamour star — is about a man unjustly imprisoned for killing a man. Determined to escape his not-so-charming life in prison and return to his young bride, Hall’s character breaks out of jail and must evade a manhunt as well as fight a brutal hurricane to make his way back to his wife. The Hurricane, although problematic in casting, was still somewhat ahead of its time with its use of special effects.

Preserving an old theater, as well as offering a venue to feature art films and films of yore, is important to Mossman. “Some people collect stamps; I collect theaters,” he laughs. “I just collect things on a bigger scale. I feel strongly that you need to enjoy what you are doing.” Mossman says he could have taken a job making all sorts of dough, but he works with his brother Ben to keep the independent art houses alive. “My brother and I went through DeVry; we were at the top of our class. We had job offers all over the country, but we liked movies,” he laughs, remembering that his parents were slightly concerned about the brothers’ decision to own movie houses. “Right around the time we graduated, an old theater closed in Fairway, so we were like Judy Garland and Mickey Rooney — ‘Let’s put on a show!'” The Fairway Theatre was built in the ’40s near old 50 Highway and Johnson Drive, and it closed down in 1982, inspiring Mossman to counter-move by opening another picture show palace of his own — The Fine Arts Theatre.

But even with people like Mossman working to preserve the industry, indie houses and art houses have begun to fall through the corporate crack that continues to widen in Kansas City and elsewhere, and they often struggle against the looming megaplexes that can show 12 movies a day at six different times each. But Mossman doesn’t fear the megaplexes. He plans to run the Rio as an art house that doesn’t drown in the corporate stream.

“You see what big corporations do: They go into small towns and put the moms and pops out of business. So by opening this theater, it’s my way of preserving the moms and pops. I believe if you give people a good service, a good product, and a good atmosphere, they’ll come back,” Mossman says.

Mossman grew up in a small town where he says there wasn’t a lot to do except go to the picture show. One of the things he enjoyed about that experience was that the theaters had their own identity and character. “I think the younger crowd will be amazed by the character of this, the neon and stuff. Nothing against the big megaplexes, but look at the guys in the blue coats — it’s so impersonal; it’s a cattle call. Not all movies are good, but, especially in this theater, it’s a place where I can meet the customers and talk about the movies and get to know people.”

Logan Truster, manager of the Rio, agrees. “We cater to an intelligent patron base. What we offer makes people think and then invites them to participate in the world around them. Someone can go see M:I-2 and that’s not going to affect their lives much, but you see a show here and you might actually see the world a little differently.”