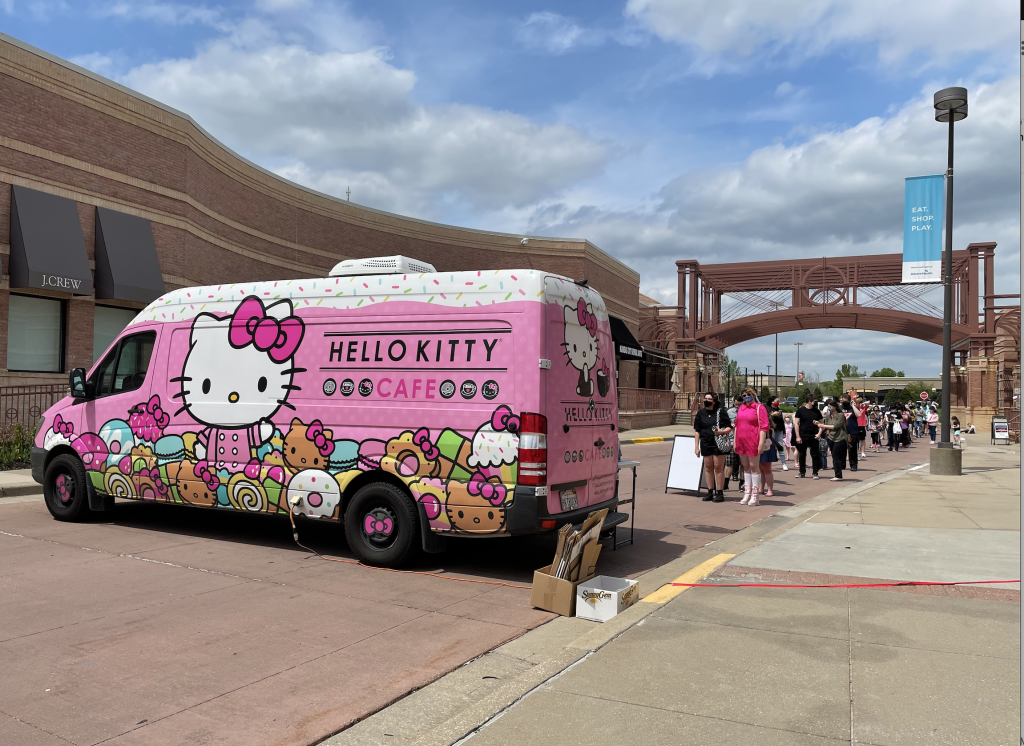 Hello Kitty fans waited in a long line to purchase exclusive goodies and collectibles from the Hello Kitty Cafe Truck on Saturday.

One fan included Cade Kellogg, 18, who is about to graduate from high school. She was waiting in line for long-anticipated merchandise wearing a Hello Kitty face mask and stickers. 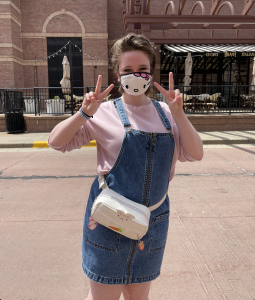 Kellogg says she became interested in the lolita fashion community back in middle school. According to Harvard University, lolita fashion developed as a response to social pressures felt by young Japanese women and men in the 1970s and 1980s. A select group of youth chose to find comfort in an over-the-top imaginary world of lace, frills, bows, tulle, and ribbons that is now considered lolita fashion, and Hello Kitty became a lolita fashion icon with her bow and frills in the 1980s.

“It just kind of grew on me and was a big part of like me growing up I guess,” Kellogg says.

After missing out on seeing the Hello Kitty Cafe Truck last year Kellogg began waiting and checking the social media pages to see when it would be back on tour again. She said she was not going to miss out this time.

“I feel as though it’s grown from more than just a childish, kind of like, little girl thing you’d see a five-year-old wearing and more of like, an inclusive space for I want to say more people,” Kellogg says.

Kellogg stood in line, hoping for a chance to purchase one of the exclusively available items. Items for purchase included a t-shirt, thermos, cookies, mugs, totes, and more. The truck was at Town Center Plaza from 10 a.m. to 7 p.m. and many things had sold out by 2 p.m.

The cafe on wheels is on its way to its West Coast tour and will be stopping in Salt Lake City, UT on May 15. It has delighted thousands of fans since its debut in October 2014. To date, two Hello Kitty Cafe trucks have traveled to more than 100 cities in the U.S. from Los Angeles, Seattle, and Houston to Chicago, New York, and Miami.