Heidi Van and Shea Ketchum — a Fringe veteran and a first-timer at the 13th annual fest — share a common goal: make winning theater 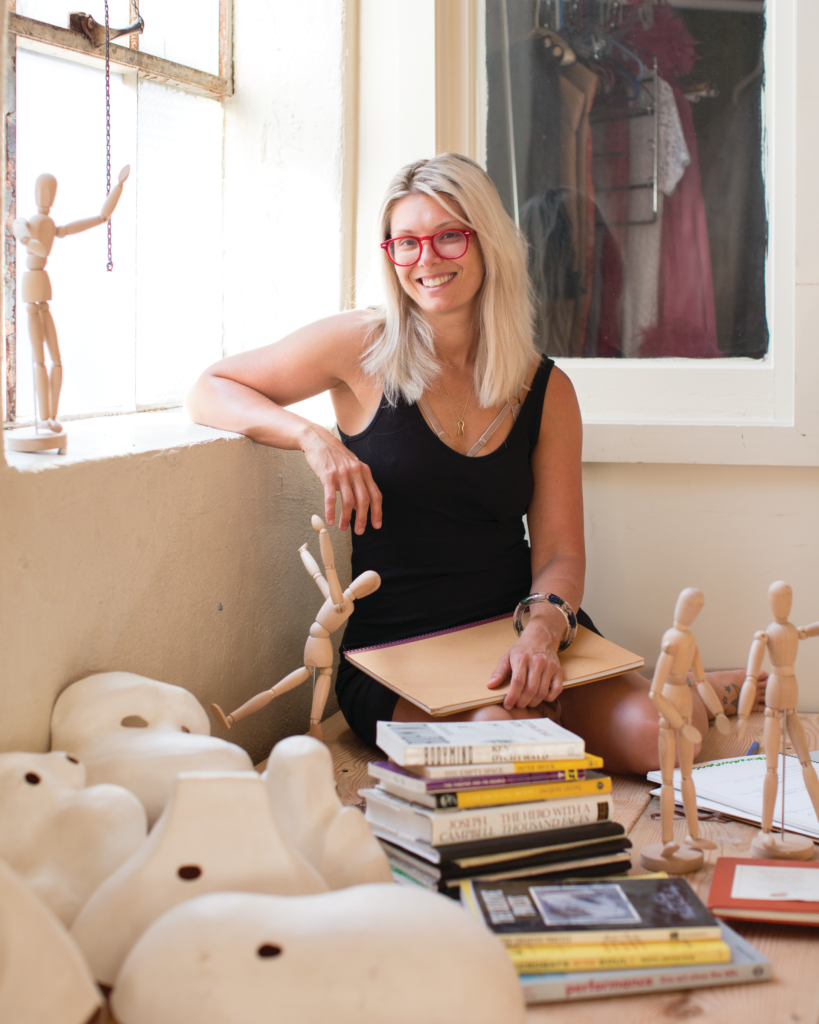 Talk to any Fringe Festival fan and you’re likely to hear a casino metaphor before long. Kansas City’s annual 11-day festival of theater, dance, film and visual art requires a gambler’s spirit. Audience members bet blind on brand-new works. They roll the dice every time they buy a ticket for one of hundreds of festival performances.

But the people with real stakes on the line are the theater artists who participate in Fringe.

“The game starts now — and I think it’s a game,” says Heidi Van, founder and curator of the Fishtank Theatre. Fringe makes some of the logistical aspects easy for producers like her. The festival organizers assign venues and performance times and work hard to promote the festival in general. But it’s up to individual producers to play that game — to break out from the pack and get butts in their specific seats.

Van is an experienced player. She’s been a Fringe regular since 2008, when she produced her first show, The Coppelia Project. The result was a success by almost any metric — she extended the run after Fringe, the Lawrence Arts Center picked it up a month later, and the cast took it on the road for a tour around Florida.

She’s wiser now. Van says she tries to do more with less and let invention be her guide, paring down the budget to what she considers essential. For Fringe, that often means marketing. Artists lurk outside shows with stacks of production postcards, pressing them on audience members like Costco samples. Savvy producers learn to search the Fringe schedule for marketing clues with the focus of a blackjack player counting cards. Popular show the same time as yours? Expect a dip in attendance. Popular show right before yours, at your venue? Expect a boost.

But even a big take at the door doesn’t necessarily mean an artist will come out in the black. Van’s 2015 show, The Penis Monologues, sold out every show at the Unicorn’s Levin Stage — no small feat when the theater seats 152 — and even earned an encore performance at the Fringe Hangover, a showcase of the year’s best-attended productions. 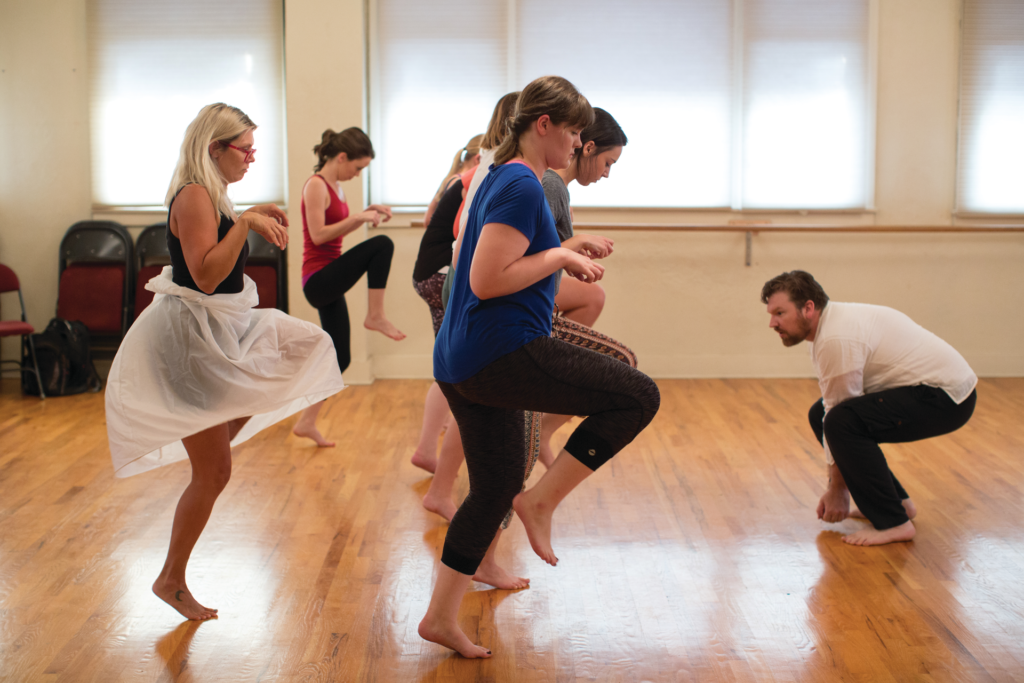 Van broke even that time, she says. Tempering things? Not all of the ticket money was actually hers. In 2015, producers kept only 70 percent of their ticket sales — the other 30 percent went to the venue. (In 2016, the split became 60-40.) Plus, The Penis Monologues was a high-budget show. There were makeup artists and hair stylists to pay for a promotional photo shoot. There were performers who’d been promised a cut of the proceeds. The show had several writers, and Van wanted to give each an honorarium.

Van may be a generous producer, but her experience isn’t out of the ordinary. Actor Andy Perkins was able to cover his upfront costs for Self-Ease, a 2015 collection of technology-linked vignettes — but didn’t make enough to pay the performers, as he’d hoped to do. Jack Phillips, a playwright and four-time Fringe producer, took home $1,400 in ticket revenue (after the venue had taken its cut) for his 2012 original musical, Cultural Confrontation. But he still didn’t turn a profit.

“I would guess I lost a couple thousand dollars on that show,” Phillips says. The production budget was high: He had to buy costumes, props and a set of expensive wireless mics. But to Phillips, seeing his show on its feet was worth the investment.

“For me, it was about trying to manage my losses,” he says. “I wasn’t counting on breaking even.”

Even on a shoestring budget, producers have participation costs to shoulder. And applying to Fringe isn’t exactly chump change. Although the cost varies by venue size and the number of performances, the producers I spoke to paid between $350 and $500 to apply — with most at the high end of that range.

Depending on the venue, that can be a comparative bargain. This year, Van’s Fringe show, Liminal Space: A Traveler’s Guide, was assigned to Musical Theater Heritage’s main stage in Crown Center. “That’s a deal,” Van says. “You can’t rent MTH for that price.”

Liminal is an immersive, movement-driven ensemble piece, and it exemplifies her newer, leaner business model. She’s using practical lights, not expensive industrial fixtures. She has applied for a grant to help cover the Fishtank’s operational costs. And she has saved on performance costs by casting her Fringe show with members of the Fishtank’s Summer Intensive program.

Her cast spends the summer training with Van in physical theater and with actor Logan Black in Butoh, an avant-garde brand of Japanese dance theater. As a practicum — call it a work study — they devise the Fringe show.

The goal, Van reminds me, is for the work to sustain itself. No one gets into theater for the plush lifestyle. Still, I can’t help but wonder: Is anyone making money at Fringe?

“It’s a gamble,” Van says, sounding more excited than wary. “Fringe is a gamble. And if you like gambling, you should definitely Fringe.” 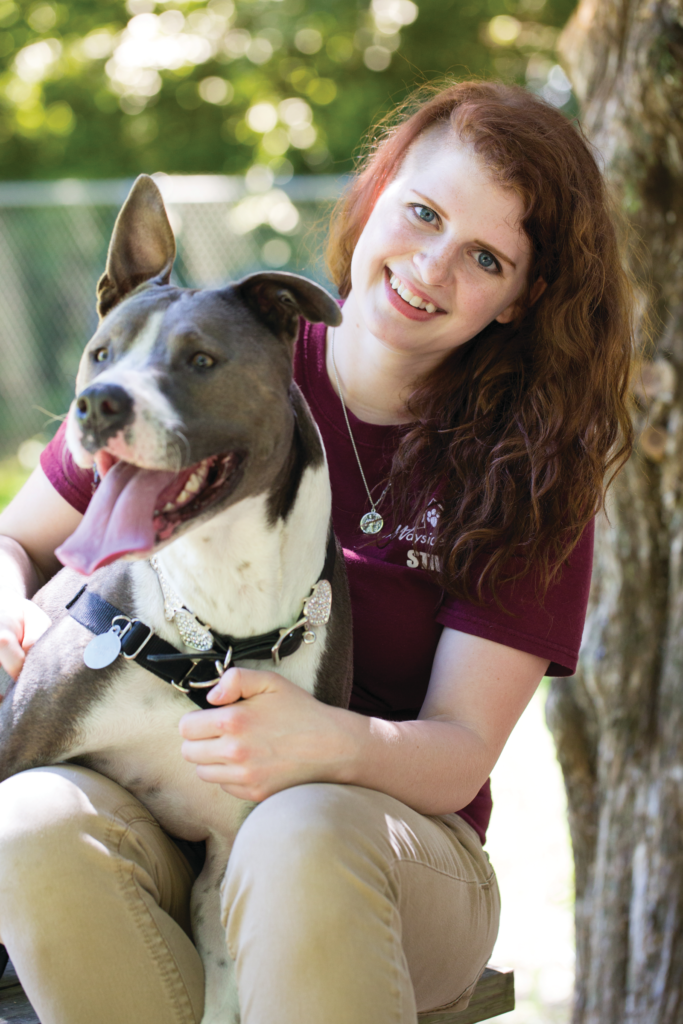 Enter actor and first-time Fringe producer Shea Ketchum. If this were a movie, she’d be wading across a hectic casino floor right now, slinking up to the Baccarat table and inspiring gasps as she throws all her chips at a single hand.

But if you’re picturing it now, replace the high-slitted femme-fatale dress with a pair of burgundy scrubs. For the past three years, Ketchum has worked at local animal shelter Wayside Waifs — a labor that has now inspired a Fringe show.

Ketchum’s first Fringe entry is the second of a three-part series she calls Art With Heart. Part 1 was a production of A.R. Gurney’s Sylvia at the Buffalo Room last year — Ketchum donated the proceeds to Wayside Waifs. It was a success, but Ketchum wanted to go bigger. So this year, she’s upped the ante with an original show, Shelter Stories, and a bigger goal of donating to three area shelters: KC Pet Project, Great Plains SPCA and, of course, Wayside Waifs.

Thanks to her experience, the show practically wrote itself. “I’ve been working at the shelter for almost three years, so I’ve got a lot of stories to share,” Ketchum says. Shelter Stories is composed of a series of family-friendly, stand-alone vignettes related to shelter life and animal companionship. A few are fictional — one scene follows a support group for people who think their cats hate them; another brings to life those high-kitsch paintings of dogs playing poker. But Ketchum also means to give her audience a realistic glimpse into what her job entails, from intake to adoption to — the hard part — surrendering the animal.

“It’s the full scope of what a shelter worker would see every day,” she said. (And yes, there’s a live dog in the show — a limelight-loving boxer adopted from a shelter.)

Although this is Ketchum’s first Fringe as a producer, she already seems to have internalized some lessons from the veterans. She’s been dog-sitting after hours to supplement her performance budget. She’s keeping the show tight by handling sound, direction and costumes herself. And she’s spending time and money where it counts: on marketing materials — including those pesky postcards.

Still, she has invested plenty of her own money. She used her tax refund to pay the Fringe application fee. And to make her lofty contribution goals, she’s going to need to do more than just recoup her investment. 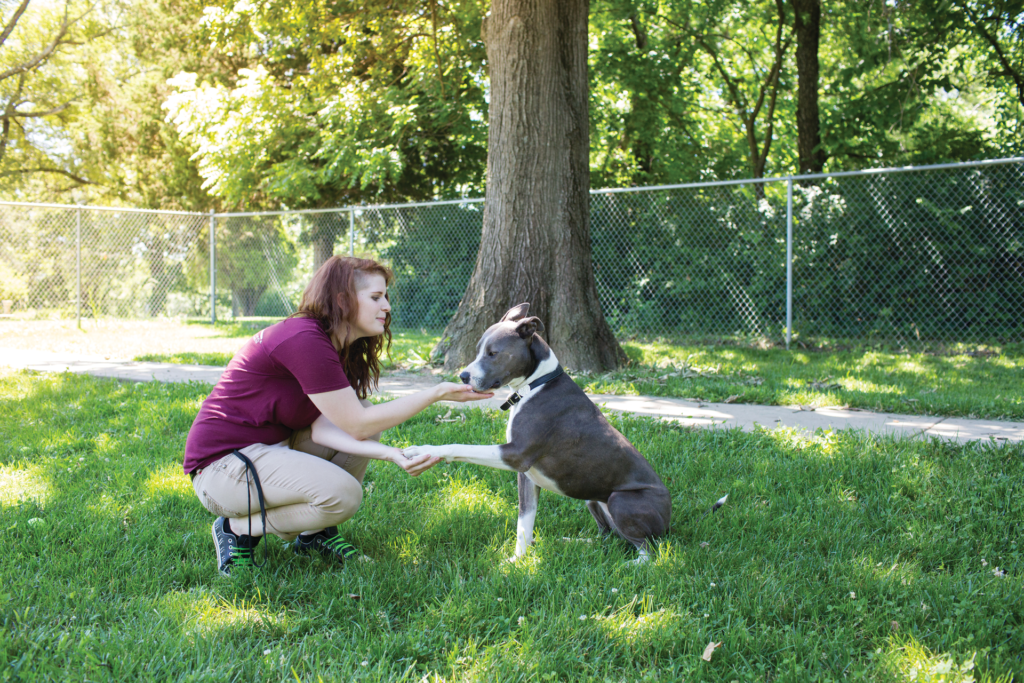 “It’s a gamble,” Ketchum admits, echoing Van. “And sometimes you have to take a gamble on yourself and your work. So that’s what I’m doing.”

In some respects, she’s already had a lucky streak. Thanks to a cancellation, Fringe has upgraded Shelter Stories to a larger venue for free (the Unicorn’s Jerome stage, where 114 seats means better potential ticket revenue). And a shelter volunteer who works with Legacy School of the Arts in Olathe let Ketchum rehearse in her dance studio for free.

But with all that risk, who really wins? The house or the artists?

Van supplies the answer. “Theater wins during the Fringe,” she says. “This is the time of year when we all really rally with each other. Shows emerge, artists emerge — it’s happening. Everybody’s winning.”