HBO tells you Big Little Lies, Brazil is truer than ever, The Detour gets back on the road, and Toni Erdmann ist sehr gut 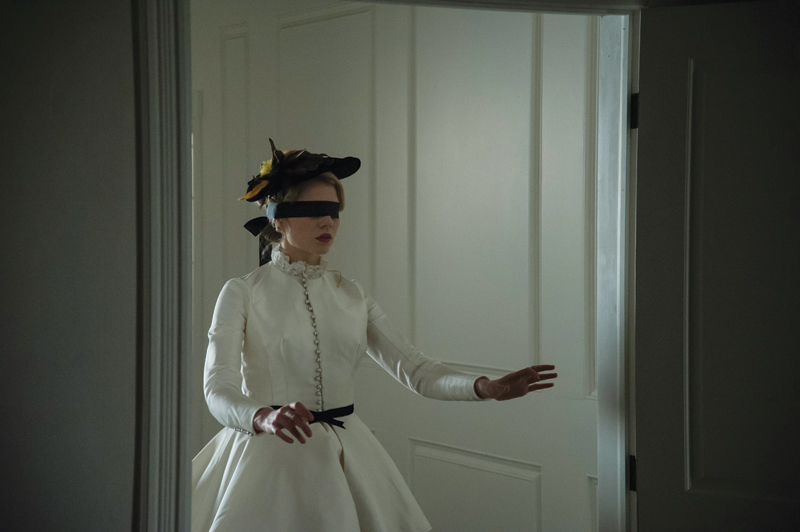 He wrote two starkly honest memoirs that received heaps of critical praise and became chummy with Bono and Courtney Love. He was a 16-year-old androgynous HIV-positive male prostitute. Except he wasn’t. He didn’t exist.

The 2016 documentary Author: The JT Leroy Story, directed by Jeff Feuerzeig (The Devil and Daniel Johnston), is available to stream today for Amazon Prime subscribers. It probes the real story of Laura Albert, the 40-something woman who created LeRoy, as well as the bizarre journey of a fictional literary hero. It’s more psych deep-dive than exposé, but it’s fascinating.

Nominated for the Best Foreign Language Film Oscar, Maren Ade’s brilliant German-Austrian comedy-drama Toni Erdmann finally makes its way to Kansas City today, at the Tivoli. I saw it late last year, and immediately slotted it at No. 3 on my best-of-2016 list. Two months later, I can’t wait to see it again. From a narrative standpoint, it’s an oddly shaped movie that’s impossible to pin down. (Never mind the fact that it clocks in at more than two and a half hours.) It has a lot to say about sexism and power structures in the workplace, and the complicated father-daughter relationship at its core evolves in a most unusual way — through role-playing and pranks in public. An English-language remake starring Jack Nicholson and Kristen Wiig is in the works, so now is your chance to see the original and experience the joy of its surprises before Hollywood gets hold of it.

With the horrific spate of recent executive actions, the bleak, smog-filled, 1984-like future of Terry Gilliam’s magnum opus, Brazil, may be a couple steps closer to coming true. But if Donald Trump has anything to say about it, there’s at least one aspect of this dystopia that won’t be around in the future: bureaucracy. Office drone Sam Lowry (Jonathan Pryce) dreams of escaping his dreary life in an authoritarian police state filled with propaganda and terrorist attacks, but the never-ending stream of forms and paperwork — among other things — is keeping him down. But you can’t blame Gilliam for getting this one little detail wrong! See this jarring, hilarious, one-of-a-kind 1986 nightmare on the big screen at Alamo Drafthouse tonight at 10:30.

It used to be that a respected movie star wouldn’t be caught dead in a TV show, but in the past 10 years episodic long-form storytelling for adults has become more mainstream than critically acclaimed movies. If you’re excited that top-tier feature-film names such as Reese Witherspoon and Nicole Kidman are starring in the premiere of HBO’s limited series Big Little Lies tonight, you have The Sopranos and Mad Men, among others, to thank. Advance word on this adaptation of Liana Moriarity’s novel — written by David E. Kelley (The Practice, Boston Legal) and directed by Jean-Marc Vallée (Wild, Dallas Buyers Club) — is strong. Shailene Woodley, no slouch herself, plays the third of the three mothers in this tale of abusive relationships and secrets that lead to murder.

I Am the Pretty Thing That Lives in the House is an artfully shot ghost story that succeeds better as a mood-altering think piece than it does as a traditional scary movie. So it’s all the more interesting that the film, written and directed by Osgood Perkins (Anthony Perkins’ son), arrives as a Netflix original movie rather than as a traditional theatrical release. It stars Ruth Wilson (The Affair, Luther) as a hospice nurse who moves into a creepy house to take care of its occupant, a famous horror novelist in a deteriorating mental state. If you darken the room, turn off your phone, crank up the sound and ignore everything else for 90 minutes, its minimalist, slow-burn atmosphere will likely work its magic. If you’re pausing every 20 minutes to check your phone or fold the laundry, forget it.

One of 2016’s most underrated and overlooked TV debuts was TBS’ anarchic The Detour. The comedy’s second season premieres tonight, and I’m eager to see what shape the half-hour series takes this year. In addition to the kind of Clark Griswold–style high jinks you might have expected from a road-trip comedy (which was its genre last season), there was also an evil corporation subplot. The motivation behind bad dad Jason Jones’ family summer vacation was kept secret from his wife (Natalie Zea, Justified) and kids: He’d stolen company secrets and was on the run. The show isn’t afraid to deal in brutally honest, politically incorrect humor (mostly about what poor role models the parents are), and now that the road trip that gave the series its structure last year is over, who knows what’s next?

Put simply, the 1944 classic Mildred Pierce is one of the best noir-tinged dramas ever filmed. It redefined and resurrected the career of Joan Crawford, who won her only Oscar for playing a single mother determined to give her children a better life. Crawford will be top of mind soon because she’s played by Jessica Lange in the upcoming Ryan Murphy–produced limited series Feud: Bette and Joan, airing next month on FX. Get the new 4K digital restoration of Michael Curtiz’s other masterpiece (he also directed a little movie called Casablanca) on a Blu-ray out yesterday from the Criterion Collection. On the disc are the usual excellent selection of archival and new featurettes and interviews you’ve come to expect from the label, as well as a feature-length documentary from 2002, Joan Crawford: The Ultimate Movie Star.