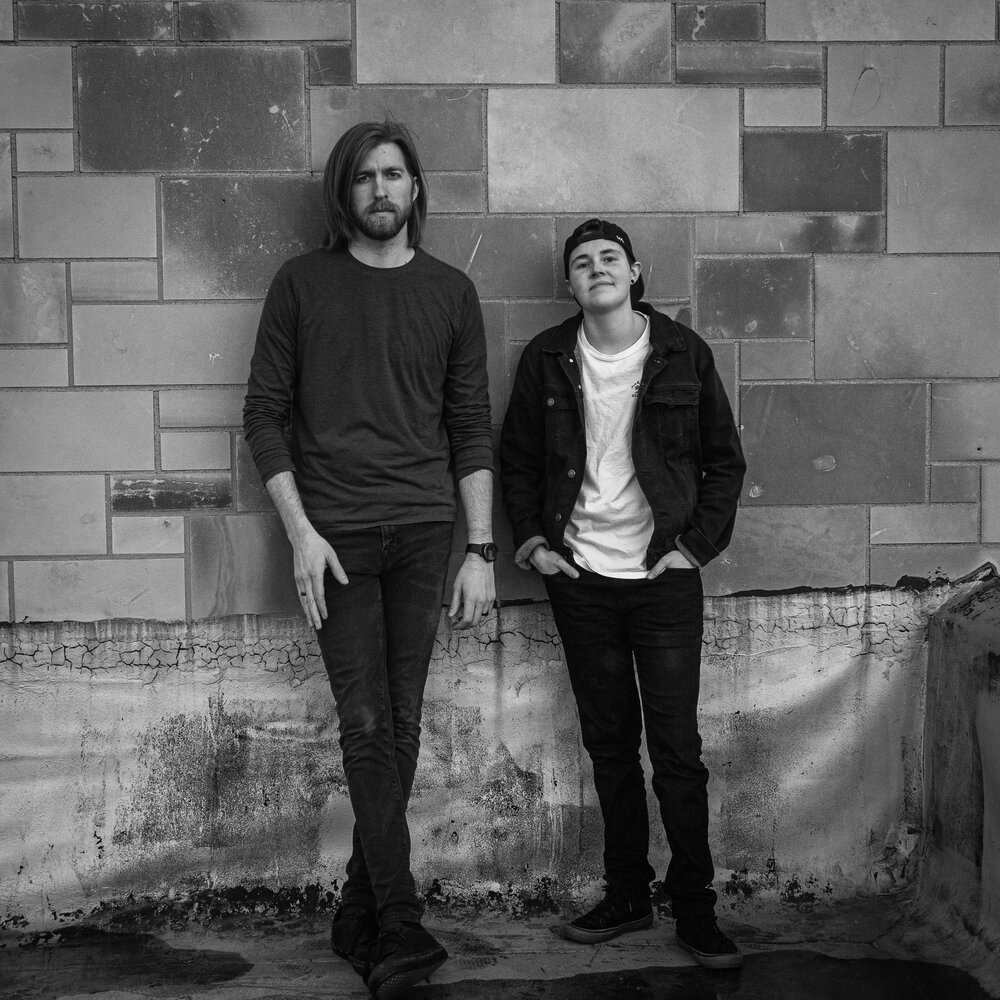 Hays, Kansas’ Dangerously Biased is a rock duo who pull equally from Death From Above and Foo Fighters, resulting in a potent punch. The pair of Matt Isley (bass/vocals) and Sophi Thompson drums/vocals) put out their self-titled EP last year, but sadly, Covid struck before the two were able to properly celebrate its release. Since then, Dangerously Biased has played a few streaming shows, but until this Friday, they hadn’t put out any new music. That all changes with the release of “Unsound,” which sees Thompson taking the lead on vocals.

I recently got on the phone with both members of Dangerously Biased to talk about their new single and the band’s history.

The Pitch: How’d the two of you come to start playing music together?

Matt Isley: We had both been in bands around the area and I think I was at a bowling alley show here in town And I had seen Sophie across the way and I had seen her at shows and stuff before and I was kind of in-between bands, if you will. I think I had heard that she was a drummer and wasn’t in any bands at the time, at the moment. So I was like, “Hey, we should jam,” and our friendship kind of took off from there.

You all have been playing for a while, but you haven’t released a lot of material. You’ve got that EP that came out last year and now, you’ve got this new single. What was the impetus to put out this new song?

Matt Isley: We had been sitting on this one song since September 2019. We don’t write super fast. We don’t have a huge repertoire but this was one that we really wanted to record and we just hadn’t released anything for a while and we thought it would be a good time to release something. This was definitely the one to do it.

You say this was definitely the one to do it. What made this song appealing to release as a single? I mean, I think it’s great, but why did the two of you like it so much?

Sophi Thompson: I think it was like the first song that Matt and I sat down and wrote together. In the past–for the EP and other songs that we’ve written before–generally Matt will come to me with a riff and probably already a melody idea and maybe some lyrics and then he just usually works on the rest of it himself while I figure out the drum part myself and then we bring it all together.

With this song, I think we were in the garage just jamming and it kind of started coming together and I threw out some ideas for the bass part and he would throw some ideas out for drum parts. And then I actually wrote the lyrics and the melody for it. So it kinda is like, a good beginning on how we’re going to move forward with our writing style.

Matt Isley: And I would add also that so Sophie’s singing on this song and it’s nice to have a nicely-recorded song where she’s used during the singing. It kind of shows people that we both do it.

As a new step forward, it’s kind of interesting that you’re releasing this as things are starting to open up, much like how the two of you have done, musically. How has Dangerously Biased spent the last year or so?

Matt Isley: Let’s see. We did some virtual shows. Honestly, there was a lot of life that happened in the last year and pandemic. Sophi got married. There were family things that happened and you know, just life in general happens. But musically we did some streaming shows and as far as writing, we did and I did quite a bit of writing, but I can’t say that–it’s not like some other bands that came out of the pandemic with whole album. We definitely have things in line for a larger body of work but really, it’s just a start.

Sophi Thompson: To be honest, we had a lot of stuff planned in 2020 and we watched it all basically die. For me anyways, my spark and passion kind of dwindled a bit, as all of our shows and stuff were getting canceled. I just didn’t even really want to play music for a little bit ’cause I was kinda like, “What’s the point? Are we even going to have live music anymore?” And then, probably six months in, I don’t know what happened but I felt my spark come back and I felt like Matt did too. We really wanted to hit the studio and start writing again.