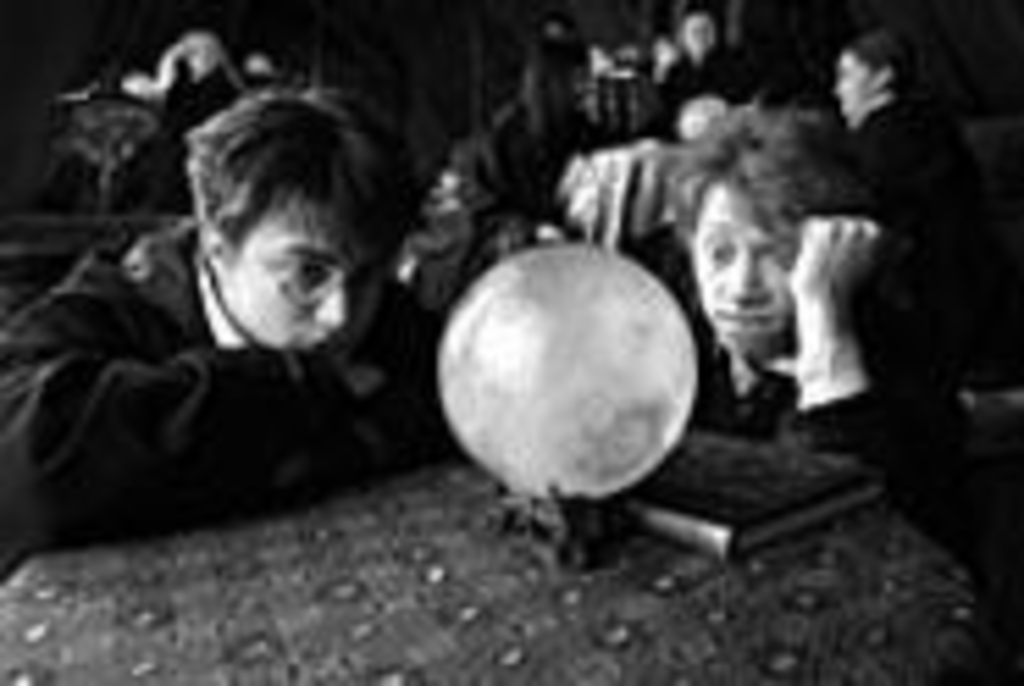 As much of the civilized world now knows, the latest Harry Potter director is Alfonso Cuaron, best known for the explicit teen sexual-awakening movie Y Tu Mamá También. As such, it may come as little surprise that his Harry Potter and the Prisoner of Azkaban begins with the teenage wizard-in-training hiding under the bedsheets, whacking his wand. The wand in this case, of course, is literally a piece of wood containing a phoenix feather. But the symbolism remains, and one gets the sense that perhaps Cuaron opens with the image as if to say, “Yeah, yeah, I know what you were thinking. Now here’s your joke, and let’s be done with it.”

Coproducer Chris Columbus, who directed the first two Potter films, seems to have taken it as his mandate to find a director as different from himself as possible who’s still capable of working within the designated framework — Cuaron inherits most of the actors and sets originally selected by Columbus and his crew, though the new director has changed the geography of things a bit. Both the Whomping Willow and Hagrid’s hut have relocated to a mountainside, and with the unfortunate passing of Richard Harris, Michael Gambon gets to be the new Albus Dumbledore. (Gambon is actually an improvement; his wizard headmaster is deliberately cryptic and less an aging scatterbrain.)

J.K. Rowling’s books get progressively darker, so it’s wise to jettison Columbus from the helm at this stage. Though he did perhaps his finest directorial work ever on The Sorcerer’s Stone, Chamber of Secrets saw an increasing amount of the director’s trademark sentimentality start to creep in. Cuaron’s mandate appears to have been “Make it darker!” So tonally and visually, more darkness is what we get — some scenes look almost like frames from a silent film. In conjunction with regular big-screen Potter adapter Steve Kloves, Cuaron has also taken more narrative liberties than Columbus did, and all of them are good, restructuring the film’s chronology for increased dramatic impact.

This is by far the scariest of the Harry Potter films. Harry runs away from home early on, is chased by an apparent werewolf, encounters talking shrunken heads (a particularly gruesome Cuaron addition), then finally makes it safely to Hogwarts — only to discover that a bunch of soul-sucking zombies called dementors have been invited to take up residence around the school and might kill any student who comes near them. They’ve been sent from Azkaban, a prison for magical criminals, in search of recent escapee Sirius Black (Gary Oldman, shamelessly and hilariously mugging), who is expected to wreak havoc upon Harry if he ever catches up to the lad.

In the Harry Potter film series thus far, The Sorcerer’s Stone remains the strongest; the first look at any rich new world is almost always going to be more groundbreaking than its sequels. But whereas Chamber of Secrets often felt like an unimaginative retread, Prisoner of Azkaban is a worthy and stylistically different follow-up. Still, here’s hoping the next two movies avoid the running cliché that all three films rely on, the Scooby-Doo scene in which the one character who isn’t who you think he is gets found in some heretofore undiscovered room, then proceeds to explain the entire plot so far to Harry and us. It was cool the first time because the character in question had a monster’s face growing out of the back of his head, but it’s getting old as a narrative device. Blame Rowling, but Kloves and Cuaron so deftly rearrange other parts of the story that it really stands out when they fall ever-so-slightly short.