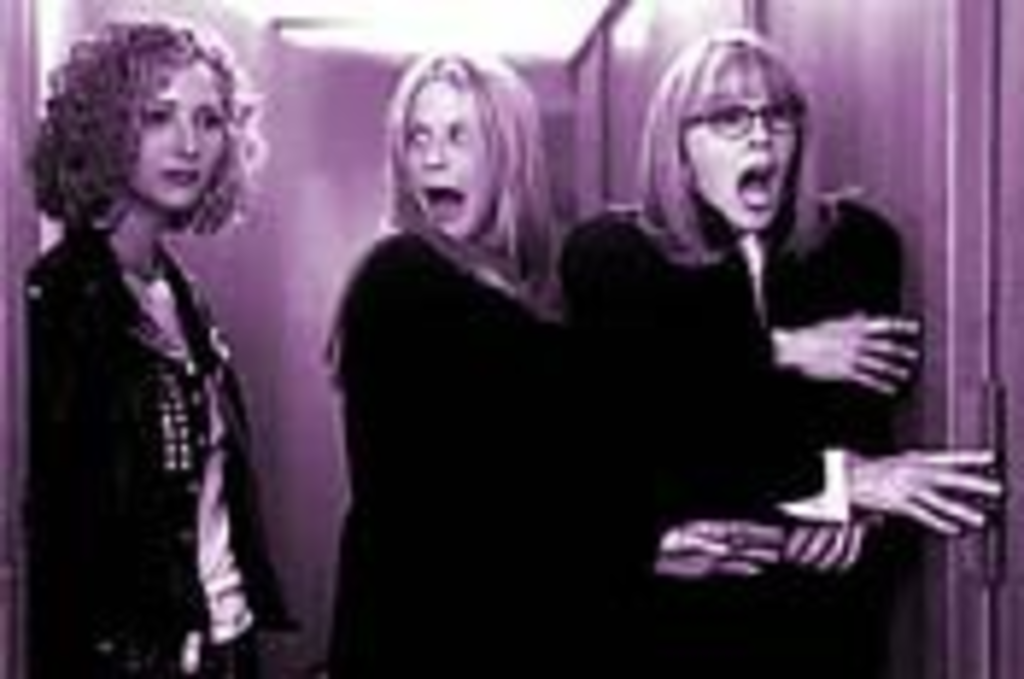 God, in his wisdom, made the sexes different. These differences go beyond the physical, as is evident with Hanging Up, the latest chick flick from the Ephron sisters, adapted from a book by Delia and produced by Nora (Sleepless In Seattle, You’ve Got Mail). Meg Ryan stars as Eve, the middle of three sisters coping with the imminent death of their aging father (Walter Matthau). Eve, a busy event planner, cares for her dad while older sister Georgia (Diane Keaton) is busy publishing a magazine and younger sister Maddy (Lisa Kudrow) is preoccupied with boyfriends and acting on a TV soap. Eve’s self-absorbed sisters hardly relate to her except for their time on the phone, mostly arguing and hanging up. Ryan’s charm and Matthau’s irascible wit are the only real assets on display here. The script is coldly calculated to evoke laughs and tears, but lack of development in both plot and character prevents it from being very successful on either count. Director Keaton does what she can, but her efforts bring only an occasional spark of energy to the proceedings. At the risk of seeming sexist, one has to admit that women will get much more out of this sporadically amusing film than will men. (PG-13) Rating: 5