Halloween shows for the uncostumed 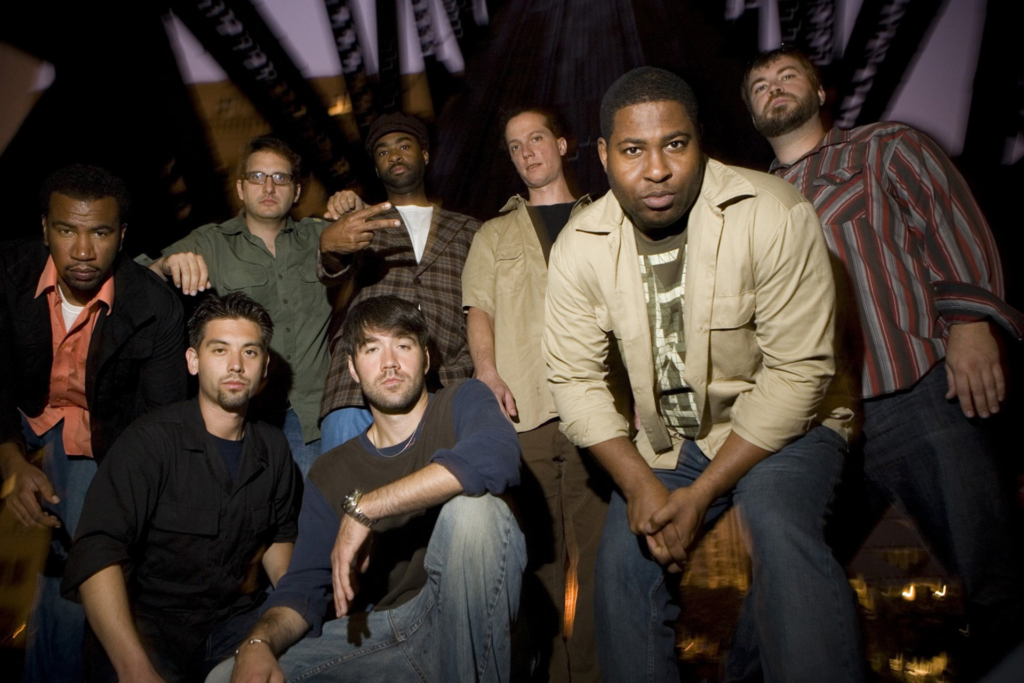 Skip burlesque and fake blood this weekend in favor of shows that focus on tuneage rather than glittery vampires and Snooki costumes. These six concerts won’t make you feel like an asshole for declining to dress up.

Saturday night in the East Bottoms, the only getup you’ll need is a pompadour and a greaser’s leather jacket. Rockabilly fiends have always been fascinated by the howling, cheesy sleaze of Halloween, and Knuckleheads’ shindig accordingly features all kinds of twangy, punk-inflected evil. Show up at 8 p.m. to see the Unkool Hillbillies, a piano-and-sax-charged jive-and-swing outfit from Stockholm — the one in Sweden. Duck-tailed frontman Richard Andersson lures the stiffest of squares to the dance floor with a relentless charisma that channels Little Richard and Little Walter. Lincoln, Nebraska’s Mezcal Brothers headline, and the Boogeymen (from Springfield) close things out. Admission costs $8 and includes a retro beer.

One man’s sexy is another man’s scary. Which of those extremes is Queensryche — now billed as the Queensryche Cabaret — going for? Hard to say. The prog-rock four-piece describes its gigs these days as “the first adults-only rock show.” Expect to see busty, leggy women in latex and stripper boots surround a bald, goateed Geoff Tate, with Michael Wilton’s guitar wizardry setting off Tate’s exaggerated theatrics. (You might feel your chakras align with “Silent Lucidity,” the early-’90s power ballad with supersecret babymaking powers.) Tickets for the Thursday night VooDoo Lounge show cost $29 for standing room, $40 for bleachers, $50 for table seating and $60 for upper-level couch digs.

Escape the Lawrence madness on Mass Street Sunday night, and dissolve in a whirlwind of neon and bass inside the Granada. EOTO (say Ee-oh-toe) delivers four-plus hours of live drums, keys and vocals with improvised beats. Michael Travis and Jason Hann fuse analog, digital and software synthesizers, touch screens and MIDI controllers and the occasional bass guitar into a fresh take on dance music. Every performance produces an original set of supersonic house, dubstep and trip-hop jams. The Boulder, Colorado, duo has collaborated since 2006, eschewing previous musical formulas in favor of a straight, heavy-bass-and-backbeat formula. Advance tickets cost $20, or get in for $25 at the door.

Shake your ass all night long on Friday in Lawrence, completely Thriller-free. Afrobeat reigns supreme on New Hampshire Street when Chicago Afrobeat Project takes over the Bottleneck to dole out big funk and elevate the crowd’s collective body heat. Local Afrobeat stalwarts Hearts of Darkness share the well-matched bill, and tickets cost a mere $8. That’s a bargain, even before you average it out on a per-musician basis.

For a band working from beyond the grave, the Haunted Creepies churn out an impressive bundle of new songs each Hallow’s Eve. The true identities of the band — lead singer He Who Bought the Farm, lead guitarist Vladimir Hambone, bassist Sausage Von Devil Horse and drummer Boris Breakbone — are questionable. The band’s roadies, the dudes of Cretin 66, insist that the hooded foursome appear only on certain spooky occasions, such as Halloween or Friday the 13th, through “the portal that the Hairy Tomato has eaten from the other side.” We can’t vouch for the Haunted Creepies’ travel arrangements, but we can confirm their presence in midtown Friday night. They’ll play Davey’s Uptown with Rat Salad, Kansas City’s Black Sabbath tribute band. Expect new material, including “Grim Surfin’ Reaper,” and a New York Dolls cover (“Frankenstein”). “The Haunted Creepies will prove that the song belongs to them,” Cretin 66 guitarist Craig Fleming says of the latter. Experience all things dark and gruesome for $10 at 10 p.m.