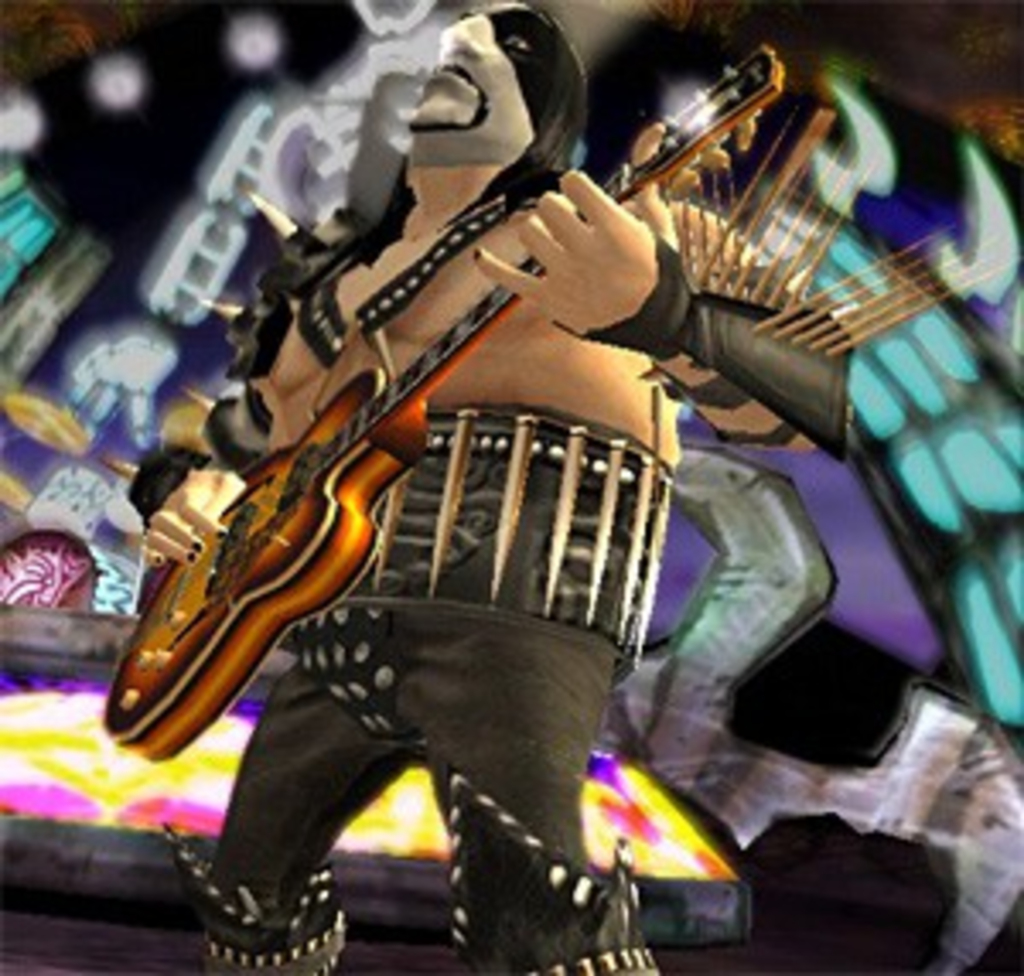 I am absolutely dreading the arrival of Guitar Hero: World Tour. Can’t even enjoy the summer.

It might sound like insanity, given that the fourth installment in the Guitar Hero franchise could end up being the most successful game of 2008. It won’t even hit store shelves till late October, but details leaked recently have set off an alarm in my head.

Why the concern? For the first time ever, the GH series will ape the format of its rhythmic rival, Rock Band — the king of pseudo-jamming games, at least for the moment. That means we’ll all be ogling a new six-piece plastic drum kit (complete with rubber cymbals), a microphone, and a newly designed 12-button guitar. Throw in an extra axe for your bass-playing bro, and you’ve just blown another $250 on genuine fake instruments.

But I’m already over the sticker shock. After all, Rock Band proved that nobody balks at a wallet-draining price if the game rocks convincingly.

The real problem is that GH4 and RB2 will soon be upon us and I have zero room left for this shit. By 2009, I will have accumulated no fewer than 14 phony guitars, a new one added to the pile with every hit sequel and new console. My home is clogged with plastic peripherals, and they multiply like genital warts at an Ozzfest after-party. No way am I the only one dealing with this.

Remember when your worst gaming hardship was a drawerful of tangled Nintendo controllers? Try finding a place to store a half-dozen giant rubber drum kits, once this Guitar Hero/Rock Band feud really heats up. Rumor has it that both factions are looking to add fake keyboards to the mix, which means the couch or the fridge is gonna have to go.

And it’s not just Guitar Hero’s fault. USB microphones creep like vines into every crevice of my entertainment center from years of Karaoke Revolution sequels. There’s a junkyard of Mario Kart steering wheels, Wii Zapper add-ons, and one gently used Wii Fit Balance Board jammed under the coffee table. I could re-tile my kitchen with Dance Dance Revolution mats. Then there’s the Wiimote: If the whole point of the thing was that it mimics a tennis racket, why exactly did we need to snap an actual tennis racket on the end of it?

I could shovel this crap into the closet, but then where would all those Donkey Konga bongos go?

Certainly not in the trash. And that’s the other problem: You can’t just throw this stuff away. The moment you pitch your original Guitar Hero axe, you’ll be overcome by the urge to shred through “Bark at the Moon.” (And who among us doesn’t ache for a game of World Class Track Meet ’88, now that we’ve ditched our NES Power Pad?)

When I played Guitar Hero for the first time, I was thrilled to see that peripheral-based games were finally transcending novelty to become legitimate, enduring fun. But be careful what you wish for; at least when Tamagotchi was popular, it fit in my damned pocket.

So I will spend the summer drooling over the next Guitar Hero, and I will wait for the inevitable news that some poor sap has been crushed under the weight of his tiny plastic instruments. I’m all for rock and roll excess, but this ain’t what I had in mind.