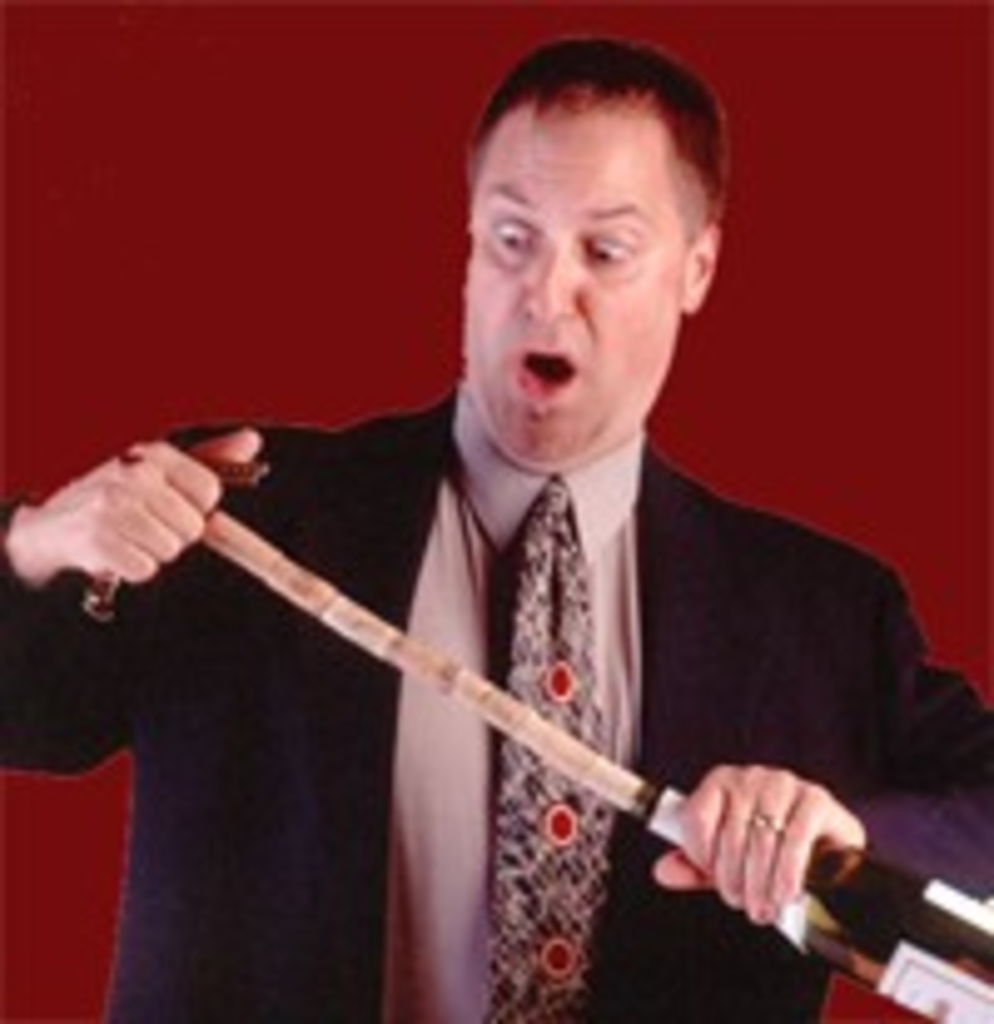 To call Doug Frost the wine expert of Kansas City is an understatement. He’s one of three people in the world (the world!) to hold the two most prestigious titles in wine — Master Sommelier and Master of Wine. He travels extensively educating people and restaurants on wine through lectures, consultations and judging. I caught up with him at the Broadway Cafe and asked him what he eats when no one is watching.

The nature of my job and my life is nothing but guilty pleasures so there’s no short list for me. But for shitty food, I’m a popcorn and chardonnay kind of guy. Everybody in my realm bitches about chardonnay … which I think is complete and utter bullshit. Just because they’re bored with it doesn’t mean everyone else is bored with it.

As for popcorn. It’s a total guilty pleasure. I love it and try not to eat it very often because if you leave it in front of me, I’ll completely go nuts and chug, like, a huge container of it. I’ll just buy some popcorn at the store, put it in pan, put some olive oil in there and fry that bad-boy up. I never put butter on it, but you’ve got to put salt on it.

Ever since I was about two years old popcorn has always been the shit to me … Maybe three-years-old? I’m not sure when I was first allowed popcorn but I definitely did that face of “ooohhh that’s good.” Never liked candy. Never liked cakes. Never liked any of that stuff but popcorn was [taking imaginary huge bucket of popcorn to face] woooolf.

I’ll drink anything with popcorn. It’s good with red wine. It’s good with white wine, whatever. But it’s really good with chardonnay (and champagne). Get a big ol chunk of jarlsberg cheese, some popcorn, a bottle of chardonnay and there’s absolutely no brain-cells injured at all because I’m completely mindless at that point.

In terms of really guilty pleasures. Really oaky chardonnay, fucked-up oaky chardonnay. Kendall-Jackson? What’s wrong with that? I know I’m not supposed to like that but I do like it. Their proprietors-reserve chardonnay is delicious. Gallo? Kiss my ass. I love it. It’s good wine.