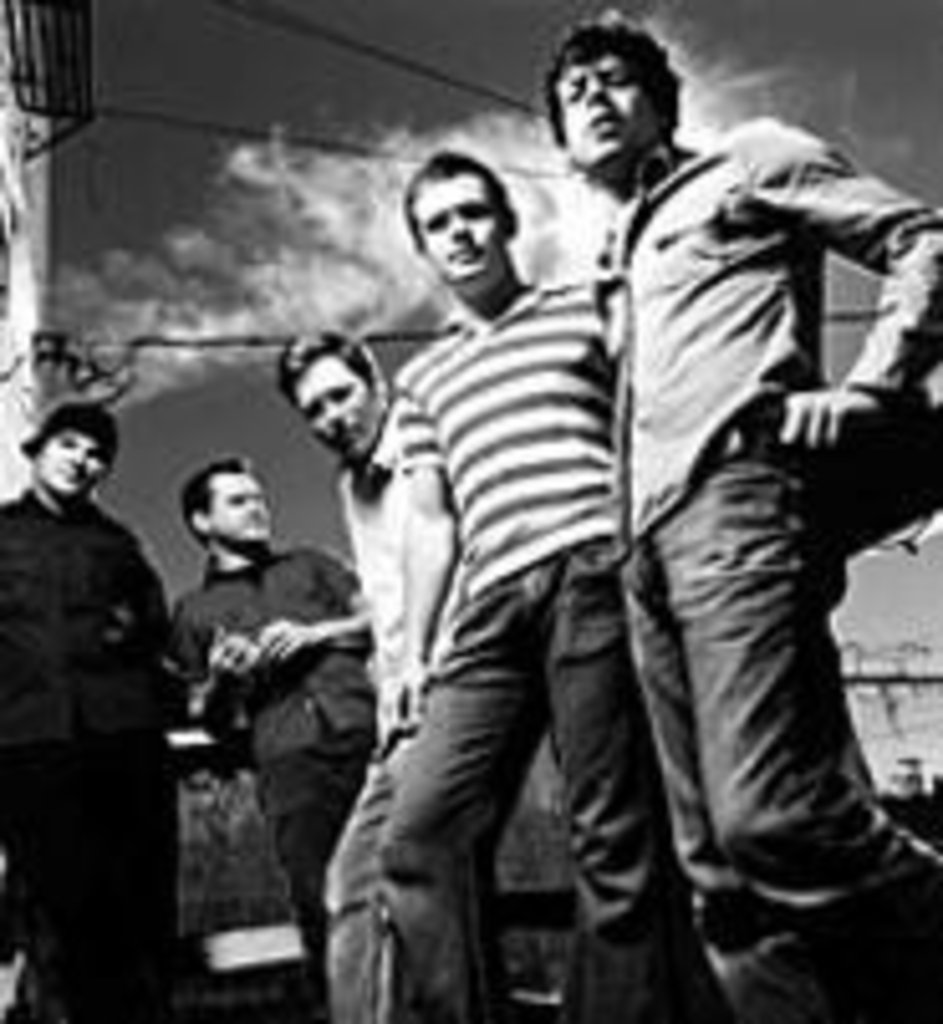 The Get Up Kids have played their share of all-ages shows and outdoor festivals, so they know something about taking the stage with sunlight still streaming through the windows. But the band’s February 27 gig at Mike’s Tavern took curfew-friendly scheduling to an extreme.

Squinting through half-mast eyes, singer-guitarists Matt Pryor and Jim Suptic and keyboardist James Dewees (playing a miniature model he cradled in his arms) sleepily sank into a couch on the stage as they performed an acoustic set during a KRBZ 96.5 “Kegs ‘n’ Eggs” morning show segment. The Kids’ performance included selections from the band’s new album, Guilt Show, but the band drew the line at attempting any synchronized singing.

Guilt Show features more than enough harmonies to compensate for this early-morning oversight, with lots of collectively crooned woo-hoos and upbeat arrangements. The group tempers this exuberance with sophistication, crafting pristine piano melodies for Pryor’s more nuanced vocals. Guilt Show explores adult emotions and intelligent instrumentation without surrendering the running-wild-at-recess glee that makes Get Up Kids concerts so memorable.

On a Wire, the band’s transitional 2002 record, lacked this crucial giddiness. That alone didn’t doom the disc, which had its share of muted, melancholy stunners. At the morning gig, “Overdue” and “Campfire Kansas” translated perfectly into the acoustic format, their sharp hooks even more striking in silhouette against the stripped-down backdrops. But the Get Up Kids don’t do unplugged tours, and when they tried to give On a Wire tracks an adrenaline shot onstage, it was like force-feeding Viagra to a eunuch.

“It didn’t lend itself to being a live record,” bassist Ryan Pope admits. “That’s what we’re best at, so we made an effort to turn it up a bit so we would have more fun onstage.”

Guilt Show doesn’t waste any time establishing that these Kids can still be kids. Starting with the crackle of an electric guitar connecting to an amp, the 90-second kick-off track, “Man of Conviction,” manages to fit a full and compelling composition into a tiny time frame.

“We were working on other songs, and we were frustrated,” Pope recalls, detailing the origin of the album’s unlikely opener. “We finally set up all the gear in the main room, as opposed to having everyone in isolation rooms, and started playing like a live band. Matt had this idea, and we slammed that song out in about 30 minutes.”

Such self-regulated spontaneity came as a welcome change from the On a Wire recording sessions, during which producer Scott Litt (Nirvana, R.E.M.) tested the Kids’ patience with a litany of nonlinear suggestions. For Guilt Show, the Kids got comfortable at the Black Lodge, their own recording studio in Eudora, with familiar face Ed Rose behind the boards.

“It was an extremely different experience,” Pope says. “When we were making On a Wire, we had to pick our battles with Scott, and we ended up feeling stressed out. We took six months to record Guilt Show, and it was a very comfortable environment.”

Those carefree vibes have spawned some of the catchiest songs of the Kids’ career. Almost every tune on the album (except perhaps the too-short “Man of Conviction”) seems ripe for singles-chart success. But the Get Up Kids, after almost five years of next-big-thing hype, no longer wonder if each new release might contain the hit that will permanently catapult them from clubs to arenas. Pope instinctively interrupts a question that starts “Do you think there’s a chance … ?”

“We don’t think anything,” he says. “We stopped thinking stuff like that. If it happens, that’s great. Everyone has been telling us we’re going to be huge for three records now, so it’s like, yeah, right, sure.”

After years as a national midmajor act, the Get Up Kids have finally found enthusiastic support from local radio, with 96.5 adding its songs to regular rotation and sponsoring stunts such as the early-bird set. And the band is sure to encounter a boisterous hometown crowd on Friday night at The Granada. The Guilt Show selections should kill onstage and serve as a catalyst for the group’s bent-knee leaps and assorted other appealingly awkward choreography.

The Lawrence gig also marks a special hometown gesture, stuffed as it is between a string of gigs in England and an Australian outing with no other domestic dates in the interim. It’s a daunting itinerary, but the Get Up Kids will shrug off the jet-lag aftershock. After all, a rock band that gigs at 8 a.m. can withstand anything, especially with the added incentive of a hometown-hero headlining slot.