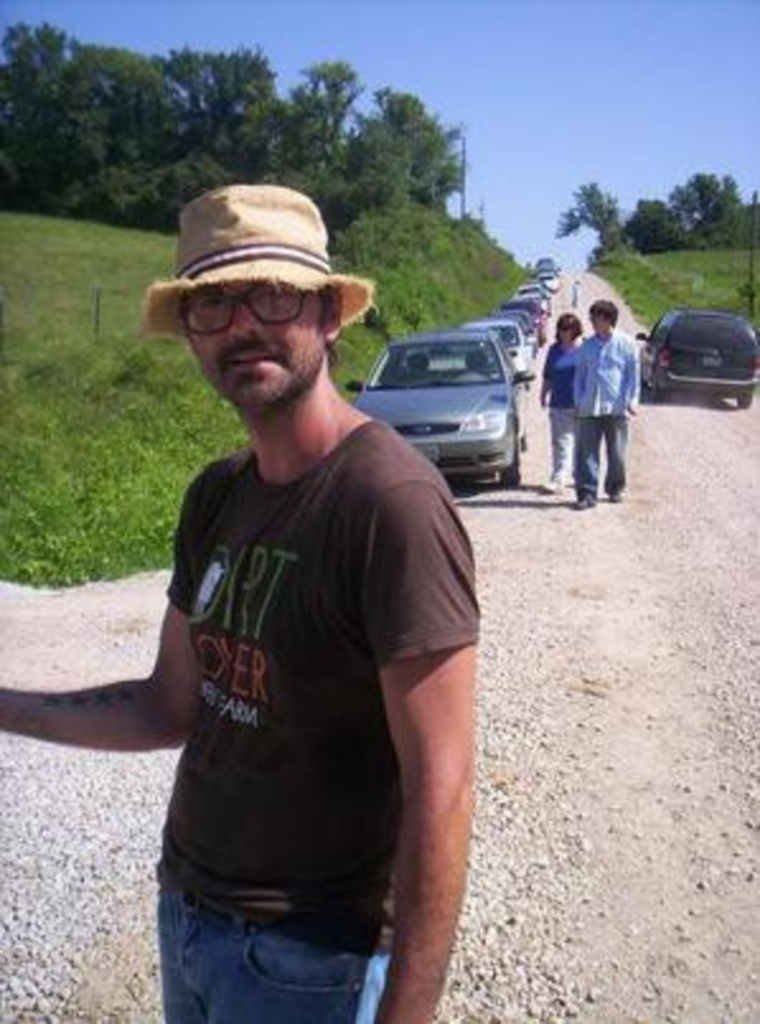 ​Tony Glamcevski of Weston’s Green Dirt Farm originally moved to Kansas City from New York City more than a decade ago to work at Lidia’s Kansas City with its opening chef, Linda Duerr. Duerr is now the executive chef at Zest in Leawood, but reunites with Glamcevski on August 21 for that month’s “Farm Table Dinner.”

Glamcevski describes the dinners, which run through October 30, as “a

way for our guests to sit and dine at a single farm table with chefs,

farmers, cheese makers and other food artisans and celebrate the

This season’s dinners kick off on May 15 with a dinner created by Room 39’s executive chef and co-owner Ted Habiger. The dinners scheduled for May 29 (with Bluestem‘s Colby and Megan Garrelts), June 12 (with Blue Grotto’s James Landis) and June 26 (with Room 39’s Brandon Winn) sold out nearly immediately, says Glamcevski, who organizes events for Green Dirt Farm.