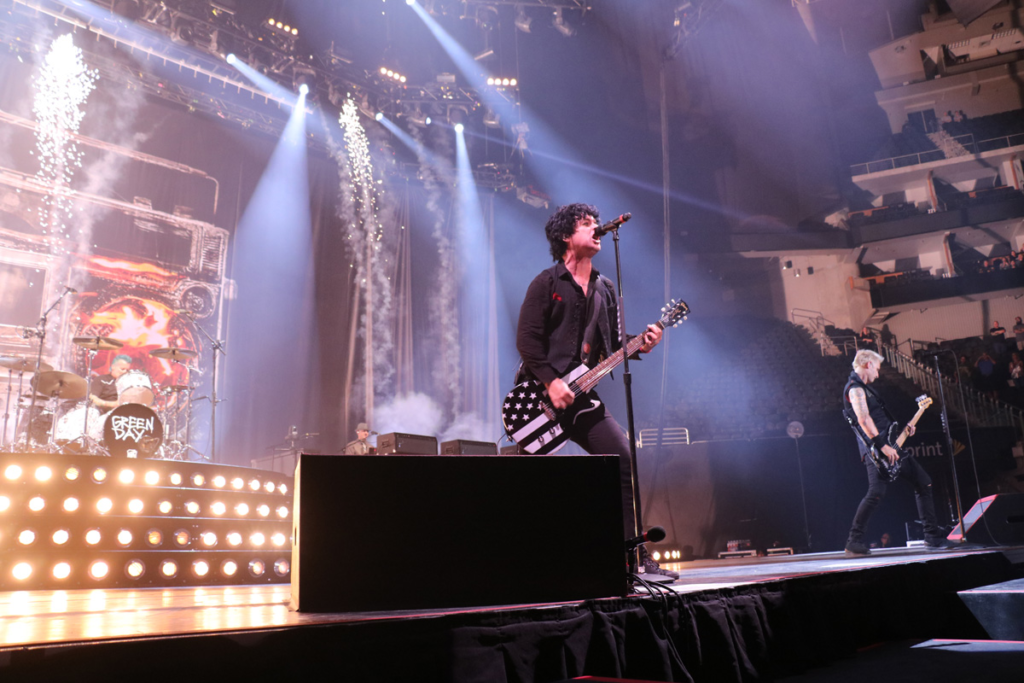 Crowd participation was the theme of last night’s Green Day show at the Sprint Center. The arena was packed with singing fans. Before the show kicked off, there was a venue-wide sing-along to “Bohemian Rhapsody,” including the guitar solo. Frontman Billy Joe Armstrong acknowledged this pretty early on, saying, “This is beautiful, because this one goes out to everyone who’s ever felt like a freak or a weirdo,” when the crowd started singing before he did on “Boulevard of Broken Dreams.” 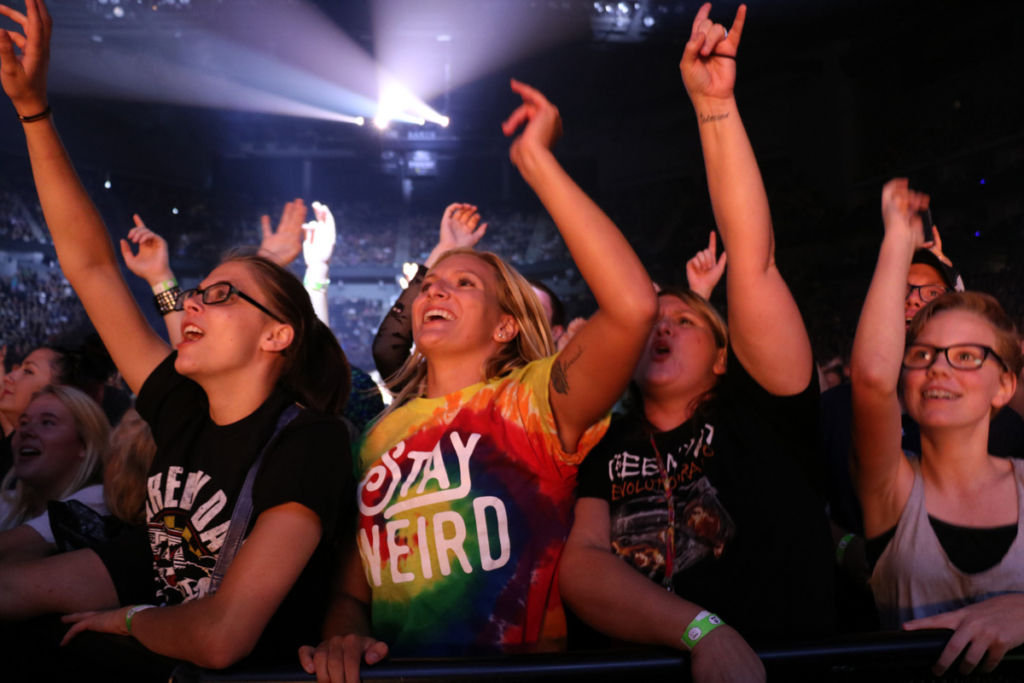 Some of the authenticity was undercut by a T-shirt cannon during the excellent and heartfelt love letter that is “2000 Light Years Away.” There was also just a general sense of clowning. The songs could’ve been so much more if Armstrong hadn’t turned everything into a crowd-participation thing. 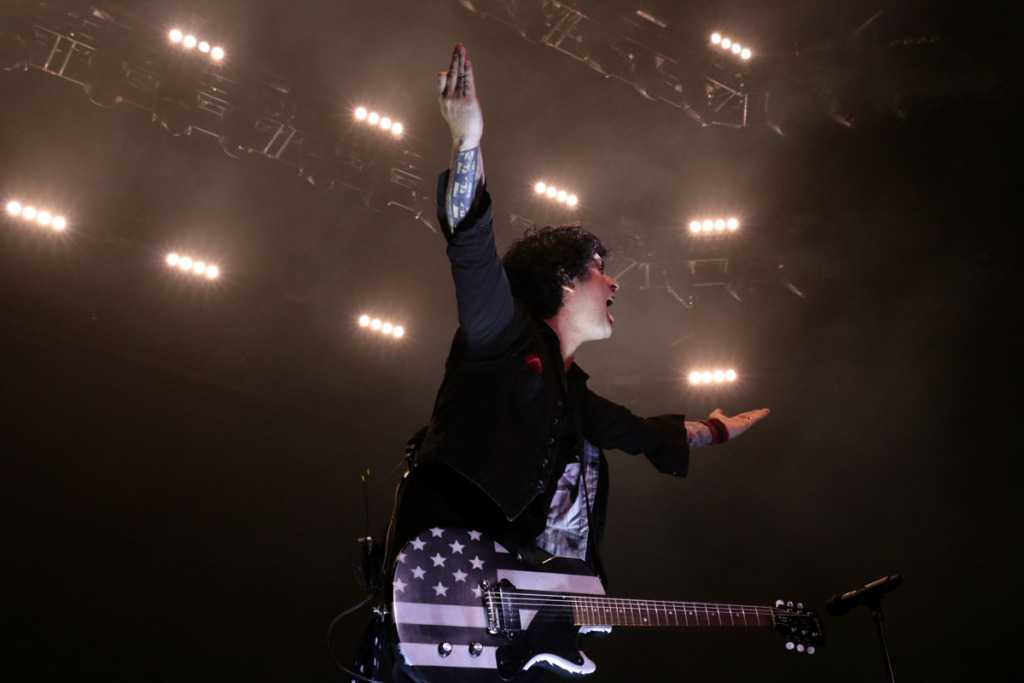 Conducting the crowd, repeated exhortations to “go crazy!” and so on aren’t necessary, man: “Hitchin’ a Ride” is a rocker par excellence. Green Day has good songs. Play ’em, and people will rock out. You’re good. The fact that the audience went positively nuts as Mike Dirnt’s bass rang out the opening riff to “Longview” means that everyone was already with Green Day. 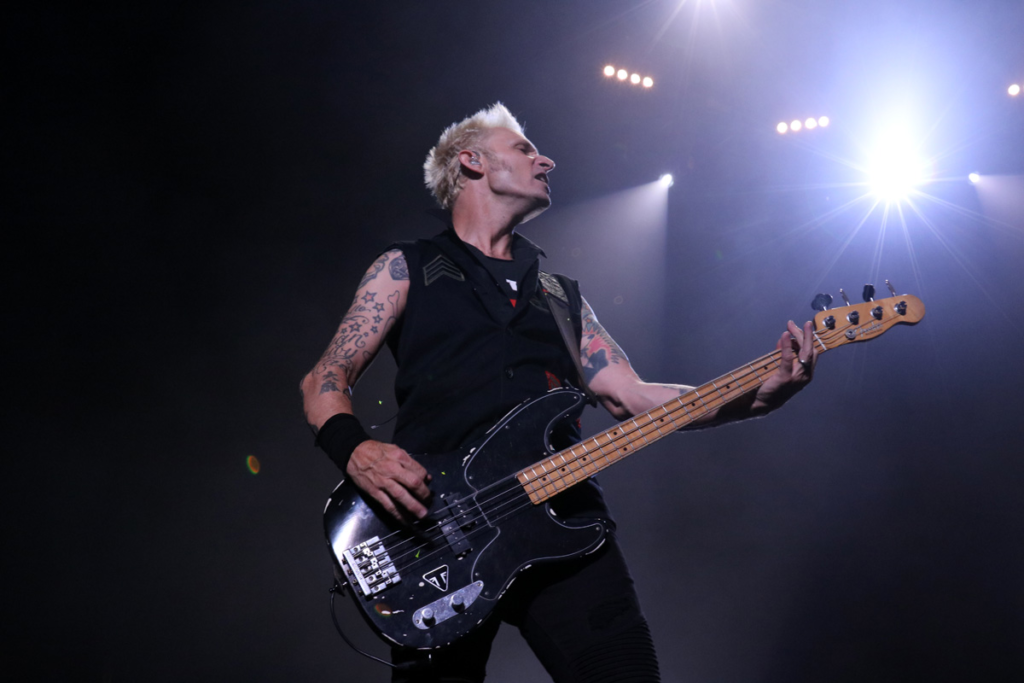 The way it works is that you either get to slow your songs half a beat, or you get to interrupt them to play clown prince of punk rock. The idea of turning a concert into a show is admirable, but it’s way too much teasing. The numbers when the band locked in and just went for it — “Welcome to Paradise” and “She,” for example — were perfect pop, loaded with punk-club basement-show energy. 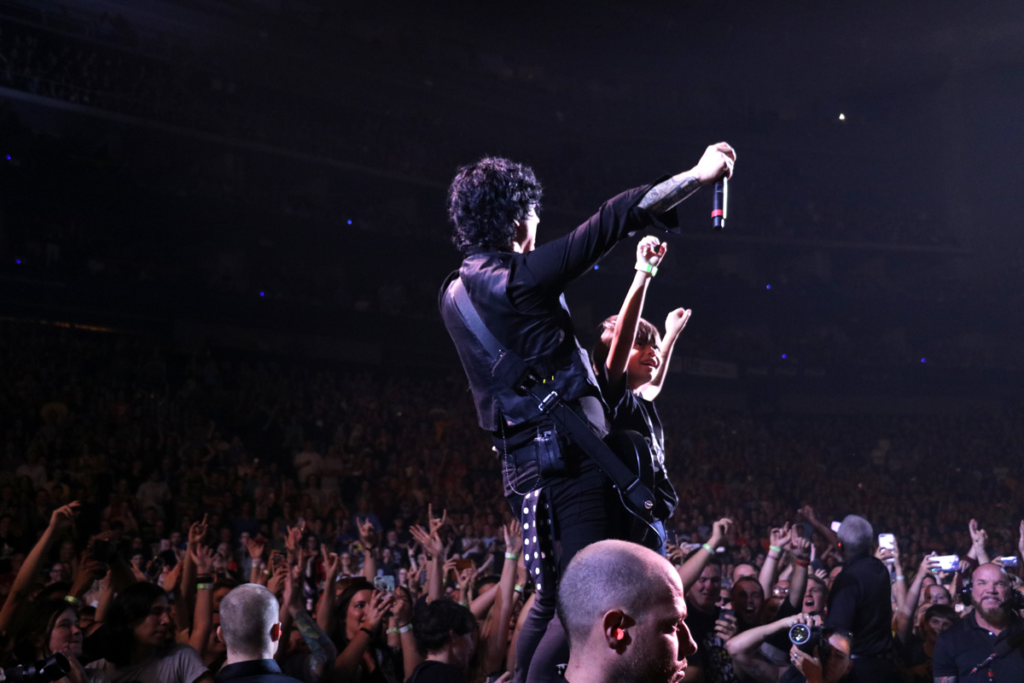 For all of that, though, the crowd participation managed, at times, to still be kind of punk rock: The first song, Billy Joe pulled a 6- or 7-year-old kid onstage to sing along and stage dive on “Know Your Enemy.” Later, on “Longview,” an enthusiastic fan got to sing the last verse, and then stage dived — well, kind of. There was a lot more enthusiasm than talent, but you know, he nailed all the words, so — punk rock. 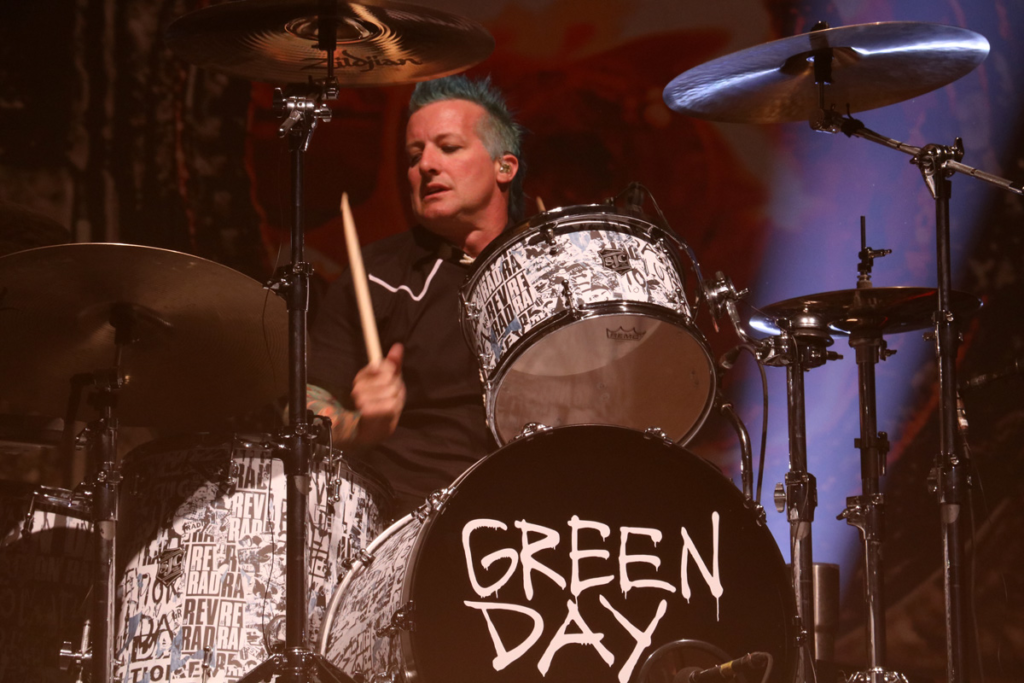 And Green Day did manage to combine crowd interaction and energy for a manic medley in which the horn-fueled “King for a Day” (with a “Careless Whisper” interlude) blasted into the Isley Brothers’ “Shout,” into “Always Look on the Bright Side of Life,” into the Stones’ “Satisfaction,” ending with a massive version of “Hey Jude.” This was pure fun and no pandering: just Green Day playing a bunch of songs they and the arena loved, and everybody sang along. I wish they’d hit that note the entire night.

We missed openers Catfish & the Bottlemen due to nap-related issues. 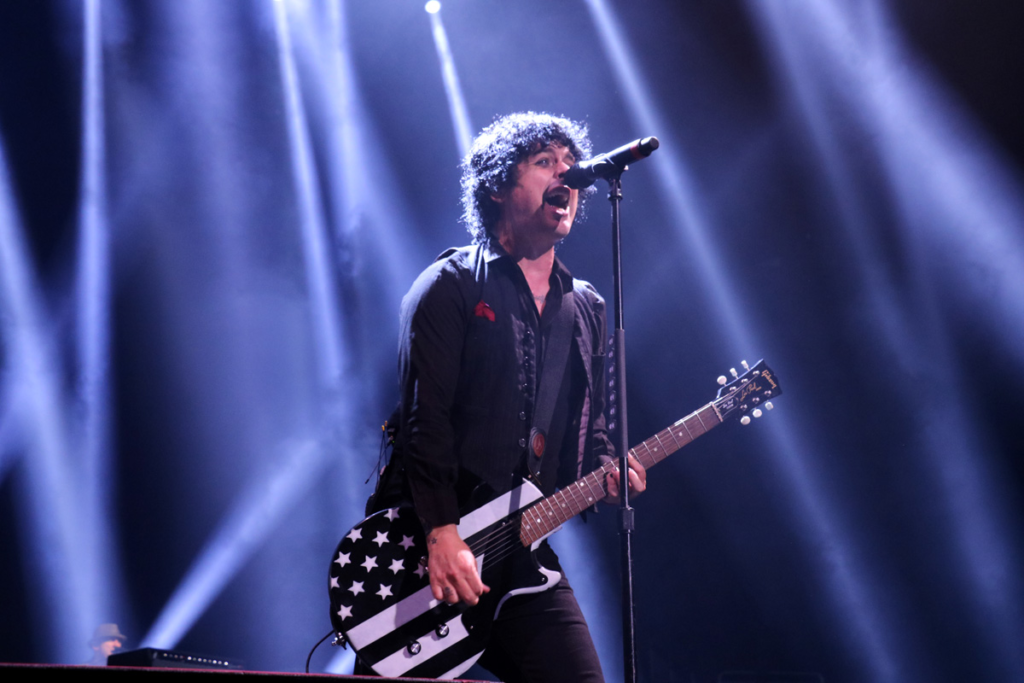 When I Come Around

Are We the Waiting

King for a Day

Medley: Shout / Always Look on the Bright Side of Life / (I Can’t Get No) Satisfaction / Hey Jude

Good Riddance (Time of Your Life)