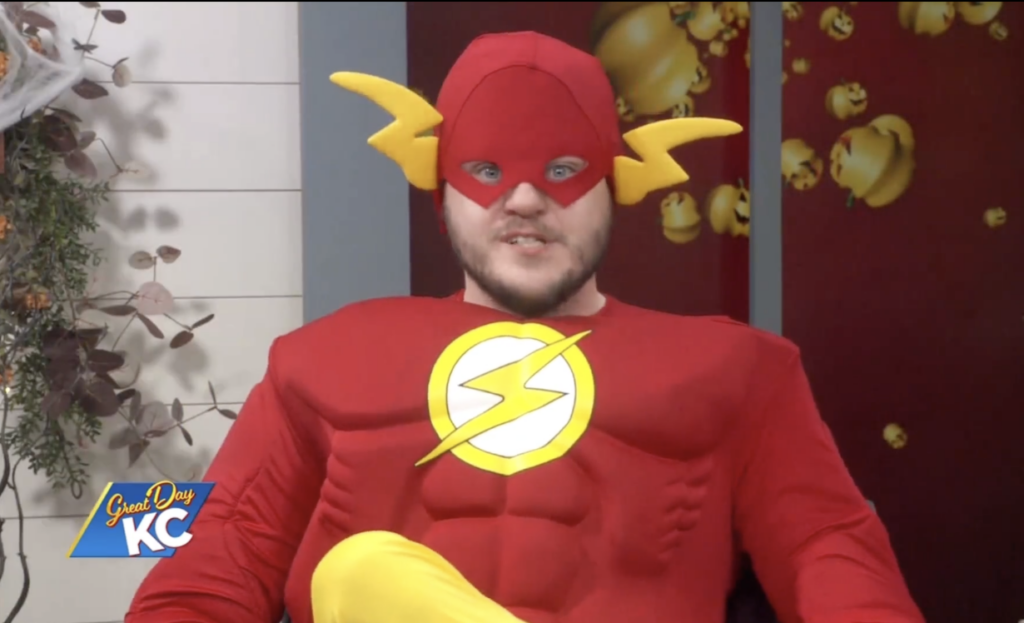 Patrick Moore is the movie and TV critic for Great Day KC on FOX 4. He’s also a member of the Kansas City Film Critics Circle and is the producer for Codie & Zeke In The Morning on 106.5 The Wolf. He writes about consuming cannabis products for this very publication and sometimes consumes said products while at the movie theater. With such glamorous bona fides, here he presents his top 10 list for the best films of 2022.

10. Jackass Forever is the hardest I laughed in a movie theater all year. I had tears coming down my face, and I found myself oddly moved by Johnny Knoxville and Steve-O’s enduring commitment to this franchise. If there’s a better movie where someone lets bees sting their ballsack, then I would love to see it. Top notch.

9. The Batman is the best Batman movie that’s been made to date. Robert Pattinson, Zoe Kravitz, Paul Dano, and especially Colin Farrell all know what movie they’re in, and they crushed it. The movie is too long, but Missouri has legal weed now so that shouldn’t be an issue.

8. I actually paid to see Barbarian in a movie theater because it wasn’t screened for critics here in KC, and it was the best money I spent at the movies all year. Comedians are apparently more equipped to make great horror movies than the average director. Zach Cregger from The Whitest Kids You Know wrote and directed this, and it’s awesome. The less you know about it going in, the better. The pacing and the casting are perfect, and it’s hard to put into words how incredible Justin Long is in this movie. He won’t get an Oscar nomination but he really should be in the conversation.

7. Pearl & X are tied for this position I am 100% cheating by tacking these two movies together. But they both came out in 2022, and they both have star-making, transformative performances by Mia Goth; maybe the best work by an actress this year. Ti West is an incredibly talented filmmaker that is able to use the 70s horror genre to tell these stories that resonate now more than ever. My friend Patrick McGonigle at Fox 4 watched X over six times, and I came close with only three rewatches—albeit with each giving me a new reward each time. These are future horror classics. I can’t wait to see what Ti West and Mia Goth have planned for the concluding third chapter.

6. Aubrey Plaza delivers her best performance yet in Emily The Criminal, a crime drama about how predatory student loans can really screw with your life. Between this and her great work in the second season of The White Lotus, I think this is just the beginning of Aubrey Plaza’s renaissance as a leading actress.

5. I’ll be honest. I thought Prey was going to be a big fat dud. It’s a Predator prequel that went straight to streaming on Hulu. How good could that really be? Well, it’s the best Predator movie that’s ever been made. It also stands on its own as a blood-pumping edge-of-your-seat action movie. Amber Midthunder delivers a star-making performance as the lead and this work should merit awards consideration. She’s also been doing great work on my favorite television show of the year, Reservation Dogs. The acclaim for this movie has been almost universal and you have to wonder how it would have performed in theaters if they’d given it a chance.

4. Writer/director Martin McDonagh previously worked with Colin Farrell and Brendan Gleason in 2008 on the cult classic, In Bruges. Let’s hope they don’t wait that long to work together again. I really, really disliked 2017’s Three Billboards Outside Ebbing, Missouri, the last film McDonagh wrote and directed that was nominated for seven Oscars. But he went back to the basics with The Banshees of Inisherin. The story could not be more simple. It’s very dark, very funny, and very Irish. It’s impossible not to fall in love with these characters and the gorgeous cinematography of this small Irish beach town. Brendan Gleason is amazing as always, but Colin Farrell should finally win an Oscar for Best Actor for his moving performance as the heart of this movie.

3. Tom Cruise is the biggest movie star in the world and he (predictably) proved that yet again with Top Gun: Maverick. He prevented the film from getting dumped onto streaming and made Paramount sit on this movie for over two years. It made $1.4 billion worldwide so I’d say that gamble paid off. Top Gun: Maverick has no right to be as good as it is. It’s the perfect summer blockbuster movie that we’ve been missing as a moviegoing audience. It’s better than the original and the whole thing serves as a perfect metaphor for Tom Cruise as a movie star.

2. I had no idea what Tár was about going in, but it blew me away. I imagine “cancel culture” will be used as a plot device for a lot of movies going forward. But they will surely not be handled as masterfully as writer/director Todd Field did with Tár. Cate Blanchett gives a knockout performance that will be nominated for Best Actress at the Oscars and she will probably win. (This would be her 3rd win and 8th nomination). She’s been so good that people have actually been Googling “Lydia Tár” thinking she was playing a real person. This movie is a masterclass in writing, acting, and directing—a true feat.

1. Everything Everywhere All At Once has now been hyped up so much that they have hardcore (toxic) fans online trying to dox people who don’t put this movie on their top 10 of the year lists. And despite all that, it’s still my favorite movie of the year. It’s beautiful, funny, moving, and original as hell. Michelle Yeoh delivers a career-best performance and she should win an Oscar. In a perfect world, Jamie Lee Curtis should also receive a Best Supporting Actress nomination for the hot dog scene alone. Writer and director team Dan Kwan and Daniel Scheinert have established themselves as the most exciting and original young filmmakers working today.

And with that, it’s time for the other end of the list… 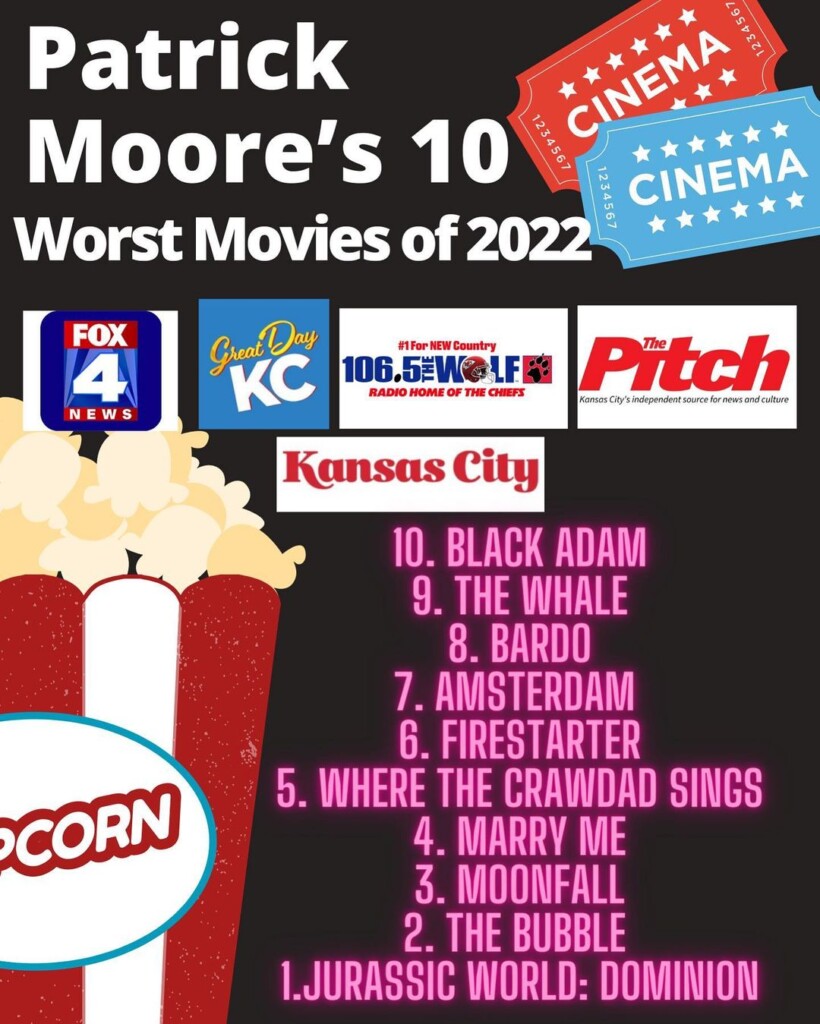