Graffiti on the Window is making its mark again 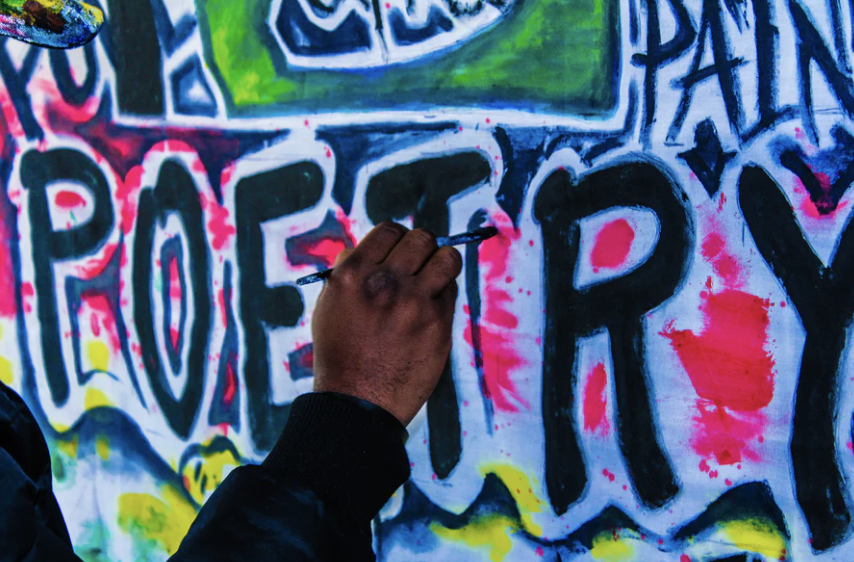 Graffiti on the Window is a whacked out amalgamation of weird, scary, and beautiful things according to the author himself.

Kansas Citian Alexej Savreux showcases his vulnerability in dealing with schizophrenia and manic-depressive illnesses through poetry. Most of the work was written from 2008 to 2012 following a four-month manic episode. During this time, Savreux was a teenager and he ended up publishing Graffiti on the Window at 25 in 2014. Now with the conversation about mental health being more prominent than ever, the book has been re-released after much anticipation.

“If any consistent theme can be extracted from such a dense work is kind of finding the beauty and the ugly,” Savreux says. “You know, I think that’s something that’s really relevant as we’re at the receding of the pandemic, at least here in America hopefully.”

Although pandemic conditions are improving in the U.S. due to high vaccination rates, mental health and trauma have not receded. According to the Harvard Gazette, it could be months, if not years, before we are fully able to grasp the scope of the mental health issues born out of this pandemic. Some of the worst mental health effects have appeared in children and young adults. Children have been isolated from friends and have missed educational opportunities and young adults have struggled with reduced wages and lost jobs with potentially child-care and elder-care responsibilities to top it off.

Savreux says he often talks about finding beauty in unlikely places, peace in chaos, and hope in the seemingly hopeless. At the moment, Savreux wears a lot of different hats and is an artist, journalist, and poet. He has 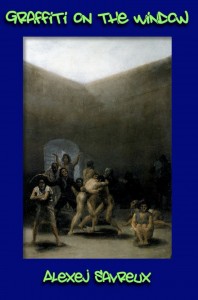 recently taken a job at Poetry for Personal Power, a Kansas City-based nonprofit that encourages the usage of art to show emotional distress is temporary and transformative.

Savreux has been homeless in the past and despite the stigma around mental illness, he has proven that emotional distress only makes you stronger. This theme is explored in Graffiti on the Window where the first half of the book, Spray Gold Upon the City aka Spray paint, is titled for its “visceral compulsion, raw torment, and eclectic despair”. The second half, Artistique aka Oils, “represents an individual and universal ambition to write not just for those who need to have their aesthetics challenged”.

The book was described by Savreux as a miniature play within a poem book. The poetry tells a story with an exposition, climax, and denouement. It is semi-autobiographical about a young kid who is experiencing his own mental illness and is seeing a cognitive-behavioral therapist. The character’s inner self is awakened and when there is a will there is a way.

“There’s a log of dialogue about having a dialogue,” Savreux says. “But it’s rare that you actually have the dialogue.”

The re-release of Graffiti on the Window is available via Savreux’s personal website and at local, regional, other independent bookstores, and through interlibrary loan.