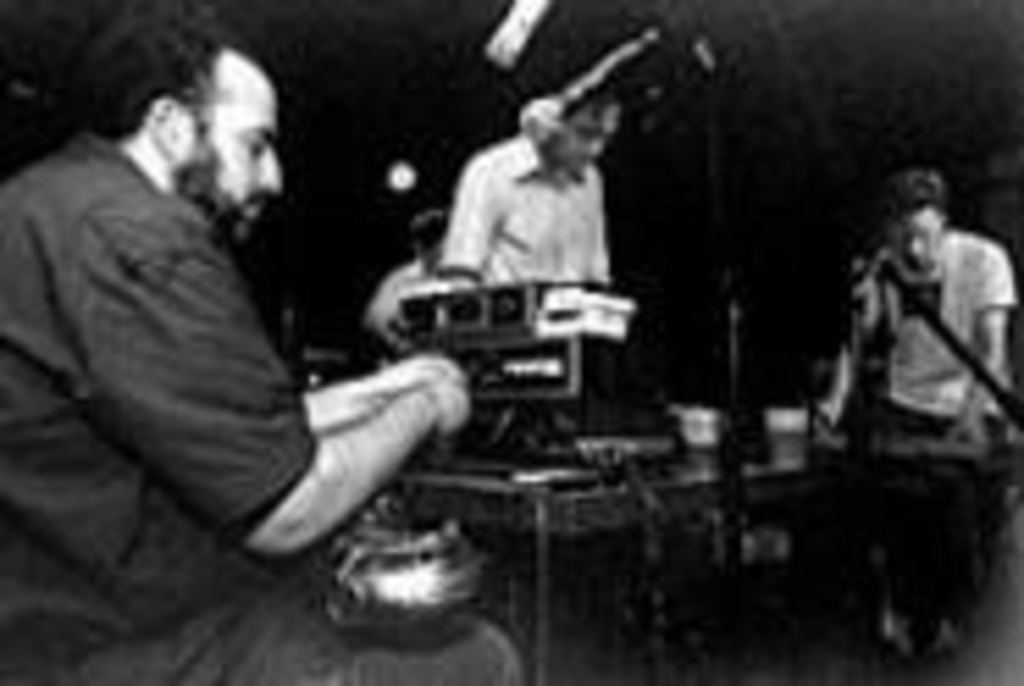 To help the Evaporated Milk Society get its winter production of The Queen’s Story on its feet, the unorthodox theater troupe needs to raise a little ransom. Laura Frank, who appeared in the company’s Hamlet in 2001, has booked a number of similarly eclectic musicians for a benefit Friday night at the Paragraph Gallery, 25 East 12th Street.Once the doors open at 9 p.m., supporters who plop down a ten-spot can expect performances from the inversely perky cheerleading squad Rah! Booty; J. Ashley Miller and the Golden Calves, whose music Frank classifies as “art throb”; and the T.J. Dovebelly Ensemble, known for applying DJ scratching techniques to eight-track tapes. The actress-turned-fund-raiser is also counting on some “old-school soul and reggae” from DJ Fat Sal and the experimental noise of Motorist and Salvo y Sano.

It sounds like a fitting prelude to Queen’s Story, written by Randall Cohn. Evaporated Milk Society regular Megan Downes says that for the upcoming play, performers will be doing “an exploration of storytelling, mythology and mysticism — like we always do.” Call 816-444-3678 for more information.— Steve Walker

A handbag designer shows off her greatest hits.

There are certain laws of physics that, though not taught in schools, are as indisputable as gravity. For instance, the contents of one’s purse expand in equal measure to the maximum volume said purse can contain. Always.Also, the quality of one’s handbag will raise or lower the quality of one’s entire ensemble in direct proportion to how cool that handbag really is. Ergo, while strolling through the Crossroads District this First Friday, you should at least check out Judith Winn’s handbag show, Secondhand Smoke, at Isabel’s (122 West 18th Street) from 6 to 10 p.m. The bags are constructed from recycled record-album covers; really, it doesn’t get much cooler than that.

If you can’t make the show but you have an old Foghat LP that you’re dying to sport as a handbag — Lulu Guinness be damned — take solace: Winn does custom orders. Call 816-868-2156. Science demands it.— Kelly Sue DeConnick

Artists get all dolled up at the Ulrich.

Tim Wilson’s Oh I Feel It might look like a painting of a cowboy, but it’s not. It’s a painting of a toy. “It’s the toy that is the depiction of a cowboy,” Wilson explains. “The plasticity of the toys reiterates the shallowness or falseness of our experiences. And the guy is actually not a cowboy — note the sunglasses. He’s just emulating the idea of a cowboy.”Wilson is one of many artists participating in Not So Cute and Cuddly, on display at the Ulrich Museum (1845 Fairmount in Wichita). The exhibit explores the trend of transforming beloved childhood toys into art in an effort to dispel myths of innocence. Look at Frank Liu’s Sesame Street-inspired pieces with caution; Cookie Monster and Elmo look like they’re having bad trips involving the alphabet.— Gina Kaufmann

There’s no excuse for our fondness of the Dolphin’s current window display (1901 Baltimore). It’s a wire-based deer ornament covered with Christmas lights. Poised elegantly in one corner of the gallery’s display, the deer faces a two-dimensional herd of cartoonish deer. They are brown, identical. We drive by this repeatedly in the dark of night. It is — dare we say? — beautiful. For information, call 816-842-5877.— Kaufmann