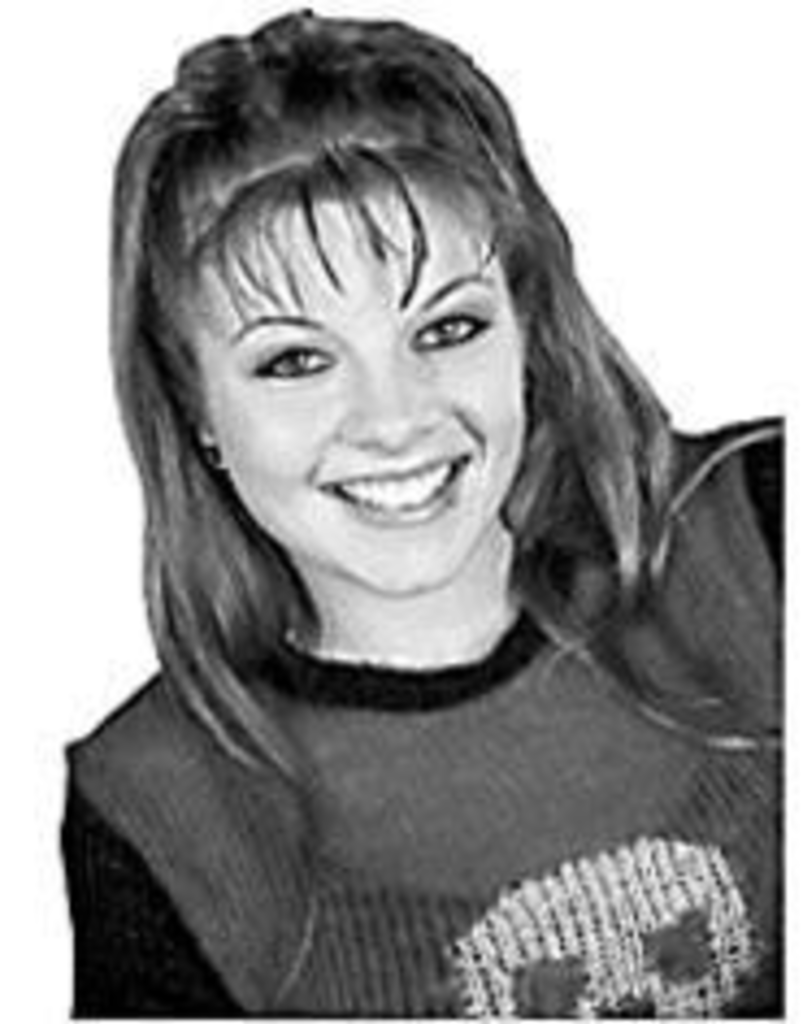 Internet rumors were swirling recently that our own lovable, dysfunctional, television drama queen Frankie Abernathy had kicked the bucket.

No, Frankie’s not dead. Not yet, anyway. The cystic fibrosis sufferer is off the cigarettes that would surely have turned her lungs into sludge buckets sooner rather than later.

However, we’ve lost her all the same. Just as had been rumored, the Blue Springs gal ended her The Real World: San Diego stint early by leaving the show with several episodes left in the season. And what a shock to our system when we lost that weekly dose of our favorite walking car wreck.

This porterhouse of provocation was awfully hard on Frankie after her stint on TRW:SD began in January (“Hurl Power,” January 22). After the initial show, this critical cutlet waxed that Frankie “gets smashed in the first episode, slutting it up for the first meathead who steps into her range of vision” and that “after joking about how, with her cystic fibrosis, she shouldn’t be smoking (Frankie is sooo punk rawk), she stops blathering about her tattoo-artist Blue Springs boyfriend long enough to throw herself at beefcake Brad.”

Imagine the Strip’s pride in its prognosticating skills when the Frankster quit the show and, in a phone call after arriving back home, told castmate Cameran that, when it came to what went on in the San Diego house, she was “too punk rock” for “that kind of stuff.”

However, when we got Miss Too Punk Rock on the phone, she explained that, once again, she was the victim of selective MTV editing. “It was a joke. Cameran took it wrong. I’m a very sarcastic person,” says the TV phenom.

What? Did we have it all wrong? Was the woman Internet wags have dubbed “Crankie” and “Skankie” actually a misunderstood victim of unscrupulous television executives? To this chuck steak’s ears, Frankie sounded worn down by all the flak she’s been getting. “When the world pinpoints your faults and wants to give you crap about them, it’s not something you’re prepared for,” she says. (Hey, maybe she could take a lesson from Dan Renzi! See page 17 — the Strip didn’t know it, but this is apparently a special edition of the Pitch dedicated to former MTV celebs.)

Anyway, Frankie’s taken plenty of heat (most of it Internet-based) for stupid behavior on the show. Remember her fear of large boats? Her whining about having to go to Greece on an all-expenses-paid trip? Her totally uncool habit of cutting herself? Her annoying threats to leave the show? (What’s keeping ya, we hollered countless times at the television. Just go already!) Her panic attack when she couldn’t see the moon one night after her weird boyfriend, Dave, said in a long-distance phone call that both of them could look at it together? Her Hello Kitty shit? The trucker hat with the words “Dave Rocks” embroidered on it that she bought from a mall kiosk?

Yes, we know we paid too much attention. But it was hard to look away as Frankie, week after week, found a way to make an entire nation roll its eyes.

“I’ve gotten a lot of shit for that,” she says of her “punk rock” comment in particular. “But most people who come up to me on the street are kiss-asses.”

Yes, Frankie is too punk rock even for her fans.

And except for the reunion show, which she taped last week, Frankie says she really has no show-biz deals pending.

“I’m trying to get away from the Real World thing. I’m not a fame whore.”

That is so punk rock.
Another local semistar who got a serious spanking from the Strip has been trying hard to redeem himself with this surly sirloin, and the Strip sort of hates to admit that he’s succeeding.

Readers of this column will remember that KCTV Channel 5’s repugnant February sweeps-month stunt to hunt down Internet pedophiles by luring them to meet Web vigilantes who posed as little boys and girls sent this T-bone into a tantrum (“Jail Baited,” March 11).

We called reporter Steve Chamraz a dumbass after talking to him about his role in the sleazy ratings ploy, which outed one man as a predator even though he never mentioned sex in his online chat with a supposed underage girl. (Hey, Channel 5 just won an award for that investigation from the Missouri Broadcasters Association! That means it must have been ethical!)

So we were surprised when Shammie — as his buddies at the station call him — showed what a good sport he was by ringing us up with a story idea.

OK, we will give Chamraz his props. For the most part, his explosive investigations, which are rolled out every sweeps period, aren’t much more than minor stories about stupid transgressions (puppy farms, high school fights, prom-night drinking). However, on occasion, he and his pals at the hard-charging Channel 5, who dearly want to gain ground on the No. 1 station — the lazier, more personality-driven KMBC Channel 9 — do land a kickass story and go at it with admirable hustle.

In May, Chamraz busted Art Chaudry, Jackson County’s chief administrative officer and its third-highest-paid employee, for violating a rule that he’s in a position to enforce over others. Chaudry, like every other county employee, is supposed to live inside the boundaries of the county where he works. But Channel 5’s hidden cameras showed that Chaudry was going home to Overland Park every night. Confronted by Shammie, Chaudry claimed that he lived in downtown KCMO. It’s true that Chaudry owns a condo downtown, is registered to vote in Jackson County and has his car registered to his condo address. But it was hard to deny the Channel 5 video, which showed him repeatedly commuting to JoCo.

But what really has Chamraz steamed — and the reason he called the Strip — was county executive Katheryn Shields‘ reaction to the story.

Chamraz says the implication was clear — Shields was accusing him and Channel 5 of going after the Pakistani-American Chaudry because of his ethnicity.

When the Strip asked Shields’ spokesman, Ken Evans, whether that was her intent, he relayed the question to his boss and then called back to say, “She didn’t have any comment.”

“She called me a racist,” Chamraz insists. “You can call me a dumbass,” he said, referring to the Strip’s previous characterization of him, “but you call me a racist and it’s something else.”

At least he can take a hit with some humor.

But Chamraz shouldn’t let this charbroiled pat on the back go to his head.