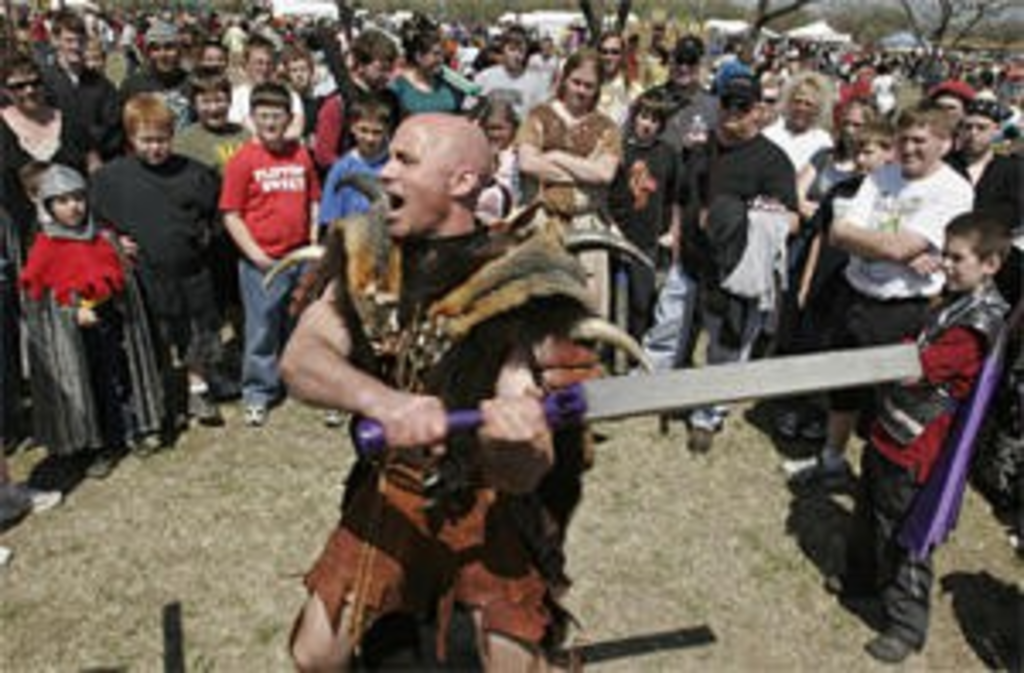 We’re saddened this morning to hear of the death of Jim Gasser, subject of Ben Paynter’s May, 2007 cover story “There Can Be Only One Foam Sword Fighter.” Gasser died in a car crash Monday in New Mexico.

Paynter’s portrait of Gasser was unusual, in that the writer became the apprentice. Seeking to understand Gasser’s mastery of Barbarian foam sword play, Paynter is drawn into the geeky Ren-Fest world and ultimately, formally challenges his mentor to a fight. (An editor probably isn’t supposed to say this, but this story one is one of my all-time favorites. — C.J.)

In memory of Gasser, we’ll leave you with this excerpt from early in the story:

reciting the 500 B.C. battle cry of Greek philosopher Heraclitus: “Out

are the real fighters, and we are lucky to have them, for they make the

battle. Ah, but the one, one is a warrior, and he will bring the others

He tells me that he hopes one day to be the One. A teetotaler, Gasser

spends hours each day working on his swordsmanship, practicing hundreds

of repetitions of his attack moves. When I tell him it sounds

excessive, he shrugs. “What would the Spartans be doing?”