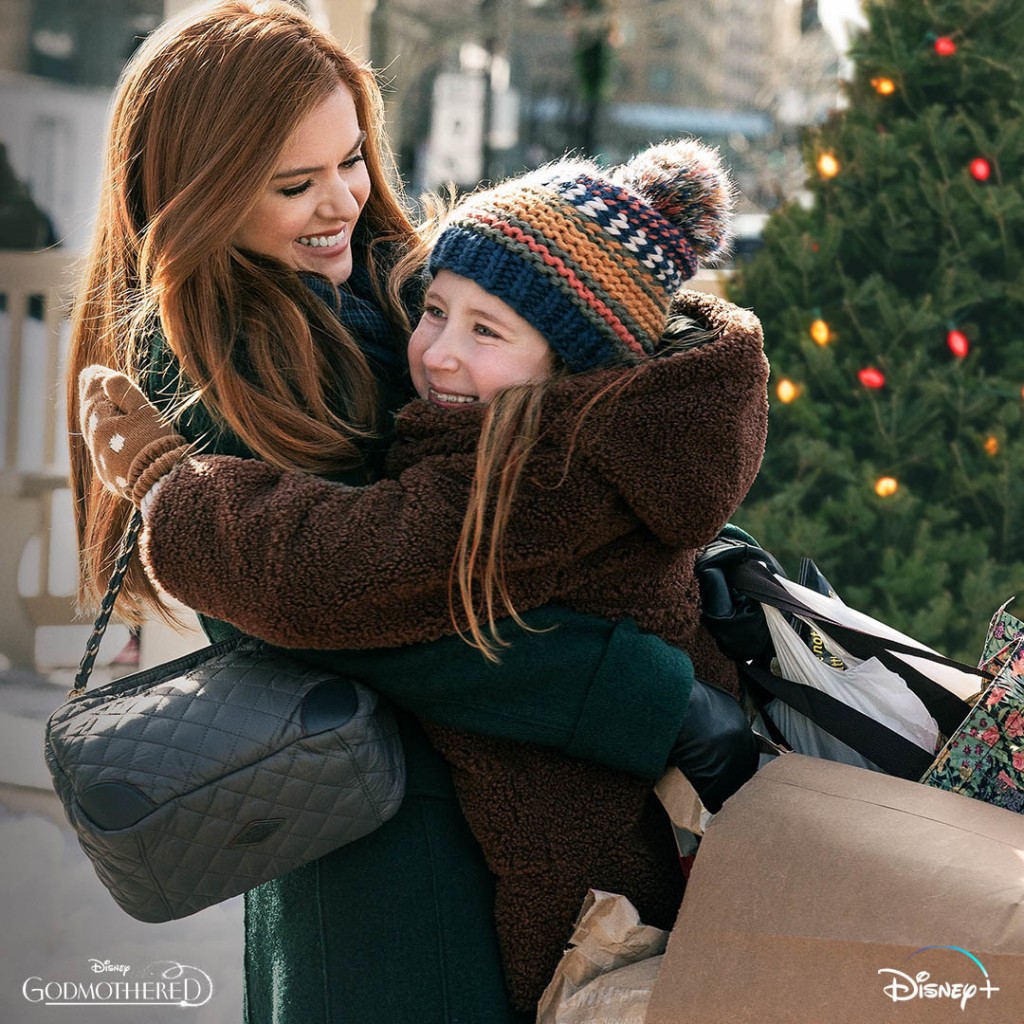 The new Disney+ film Godmothered takes its inspiration from Enchanted and Elf, but still finds ways to set itself apart from its predecessors. Starring Jillian Bell and Ilsa Fischer, this holiday fairytale sets romance aside and embraces the importance of friendship and familial love.

Eleanor (Bell) is the youngest Godmother recruit in Motherland, the land where Fairy Godmothers are made. Motherland is falling apart, however (for vague reasons the film doesn’t really get into), and the Head Godmother Moira (Jane Curtin) is teaching the recruits the basic formula for Godmothering (ballgown, find a prince, happily ever after, blah blah blah) as a way to distract them from their impending duties as tooth fairies. Eleanor, who still has at least 50 years of godmother training ahead of her, decides the only way to save Motherland and the rest of the Godmothers is to find an assignment. The only letter left in the Assignment Room is from 10-year-old Mackenzie, who wants world peace but also for her crush to like her back.

Eleanor arrives in Boston about 30 years too late, finding an adult Mackenzie (Fischer), a cynical, widowed TV producer who doesn’t mind compromising on the integrity of a story. It’s Mackenzie’s family, her two daughters Jane (Jillian Shea Spaeder) and Mia (Willa Skye) and their aunt Paula (Mary Elizabeth Ellis) who accept the magic brought back into their lives by Eleanor’s arrival.

While certainly cute and charming, Godmothered works primarily because of Bell’s performance. Much like Amy Adams’ portrayal of animated transplant Giselle in Enchanted, Bell captures the spirit of this kooky fish-out-water tale, complete with magical mishaps and disgruntled raccoons named Gary. While Enchanted and Elf featured happily-ever-afters, Eleanor’s push for one works to deconstruct their very notion of it. Mackenzie’s “prince” is Hugh Prince (Santiago Cabrera), and the pair are low-maintenance and affirming enough to make us believe they’ll end up together eventually.

Centering on the love and reliability of family sets Godmothered apart from the typical fairy tale. A side story about Jane’s stage fright serves as another form of a happy ending, but makes it clear Jane didn’t need magic to overcome her obstacle—she had the courage all along. In focusing on the healing of a family finding their way back from grief, this film offers a nice holiday watch for the kids, and charm and simplicity that can appeal to adults. It’s easy to roll your eyes at the exposition-heavy final act, which unfolds on stage in front of the entire city. However, its conclusion emphasizes the different definitions of love, reminding us the importance of expressing it to our loved ones, especially at the end of a year like 2020.

It would be nice for a Disney film to center a gay couple, though. That two-second acknowledgment during the “different types of love” segment didn’t play as well as they thought it would, or cared if it did.