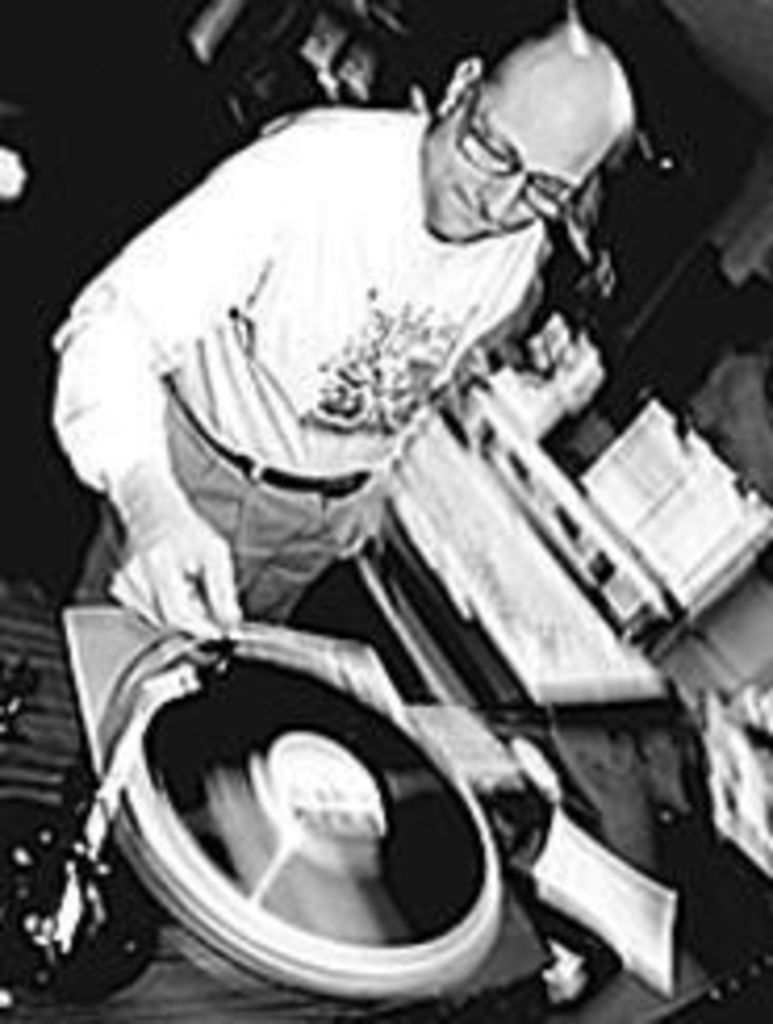 Years ago, before voters picked superstars on American Idol and a few labels controlled the majority of artists, musicians wrote holiday songs. Many of these, such as Ray Charles’ “Merry Christmas Baby,” became instant classics. Others, such as James Brown’s “Santa Claus Goes Straight to the Ghetto,” did not.

Chuck Haddix spins both types of records this Christmas Eve during his annual holiday radio show on KCUR 89.3. It’s been 20 years since Haddix (who broadcasts as Chuck Haddock for his program, The Fish Fry) began the tradition of playing jazz music from 8 p.m. to midnight on Christmas Eve. Since then the program has evolved into an eclectic mix of blues, soul and zydeco.

“It’s pretty funny hearing those guys [zydeco musicians] from New Orleans talking about snow and winter,” Haddix says, “but they really celebrate Christmas in their own way down there.”

The idea for the program was a natural one, because jazz musicians created many of the songs that are now considered classics. Remakes of these songs are what we hear in department stores and restaurants over and over … and over. But aside from the occasional innovative hit (such as Band Aid’s 1984 classic “Do They Know It’s Christmas?”), musicians typically stick to old favorites.

“[Today’s] artists aren’t really breaking new ground,” Haddix says. “Back in the day, artists all created their own hits. Now you see contemporary artists putting out anthologies.” That might be because Christmas songs are relatively hard to market — the tracks have potential to get airtime for only a few weeks in December, and even then, most Top 40 stations won’t touch them.

Listening to music with his three teenage children, who rock out to stations like KMXV 93.3 and KPRS 103, reiterates these points for the radio host. “I’ve heard the new Snoop Dogg and Beastie Boys countless times, but you don’t hear Christmas music on those kinds of stations like you used to,” Haddix says.

So Haddix takes it upon himself. His deep, smooth voice and his diverse play list are reminiscent of radio programs from a time when DJs took pride in their depth of knowledge about artists and music. He might have started out with just a few LPs, but his collection has grown substantially.

“All men lie about the size of their record collections,” he jokes. “But I would say I’ve probably got about 75 that I use on the radio.” He counts among these classic tracks from local greats Count Basie, Joe Turner and Julia Lee as well as novelty songs such as “Run, Rudolph, Run” by Chuck Berry.

The playlist has developed a large, devoted following over the years. (“People say there’s nothing quite like it,” Haddix humbly admits.) But despite the hundreds of hours he could spend playing such music, Haddix has never considered expanding his yearly holiday program.

“I think I would get burned out on it,” he says. “The Christmas Eve thing is very special.”

And more than anything, Haddix takes pride in hosting the soirée. Despite missing out on quality family time, Haddix says he never resents working on Christmas Eve. “It’s great to be in the studio on Christmas Eve,” he says. “It’s my gift to Kansas City.”