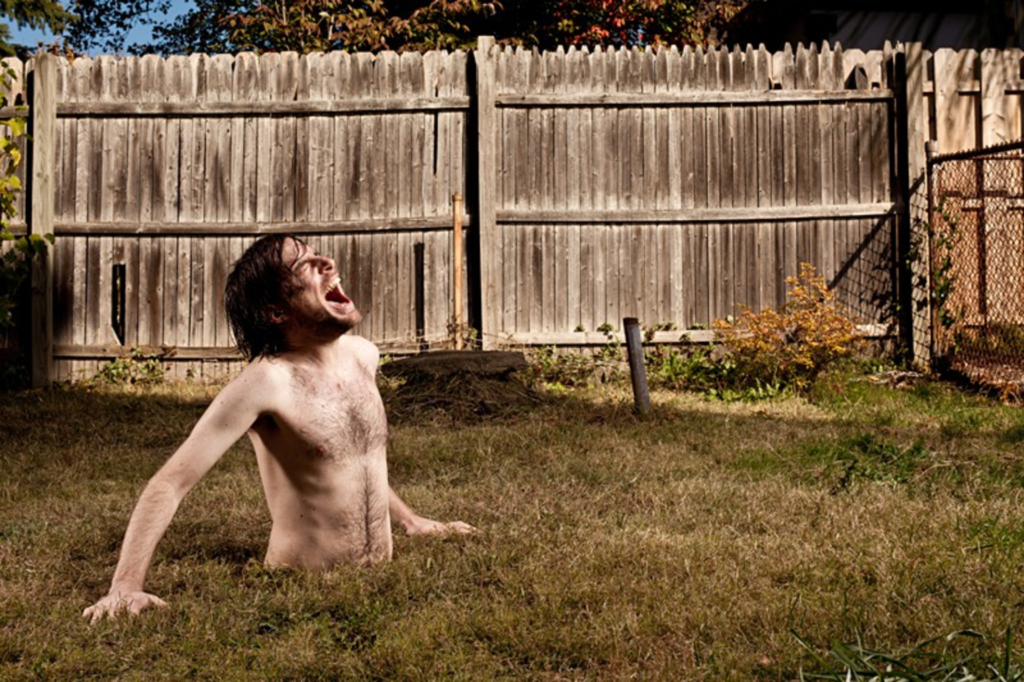 Morgan Spurlock, of Super Size Me fame, now has an original series on Hulu called A Day in the Life, in which he brings viewers behind the scenes of the lives of some of the most interesting people on the planet. So far, the guest list has included Mario Batali, Richard Branson and Will.i.am of the Black Eyed Peas.

OK, so the subjects have been a little on the overexposed side of the interesting-people spectrum. Give or take Gregg Gillis, better known by his stage name, Girl Talk.

“I thought it was really well-done, [though] it was really only a half a day in the life,” Gillis tells The Pitch with a laugh. “It kind of felt like watching a show on A&E about a profession or a pawnshop or whatever. They really focused on the work aspect and getting the show done. They hung around all night. It was a weird, alien environment, and it was hard to pretend they weren’t there.”

What makes Gillis’ day fascinating? The show doesn’t necessarily make the answer obvious, and it’s not going to settle the critical debate surrounding Girl Talk’s artistic merit. The Pittsburgh native’s playful, sample-heavy DJ sets sell out large venues, and that alone has made him a celebrity as well as a backlash magnet. He delivers a crowd-pleasing, dance-inducing spectacle, complete with confetti, toilet paper and LED lights.

“The live-show aspect was always a big part,” Gillis says. “I knew how I wanted to perform live even when I first started making the music. As far as taking sample-based music and trying to make it something that’s transformative, I think the live presentation and even the album artwork, live visuals and all of those things really kind of go hand in hand with that goal. I’ve been framing the show that way.

“I’ve always wanted the identity of the music to be its own entity,” he continues. “There’s no way I could have ever predicted this show would go on to what it is or the venue sizes we play.”

Before the confetti and the Charmin and the LEDs, he explains, there were some pretty slow nights. “I started doing this in 2000 and I would say, up to 2006, I pretty much never drew more than 30 people,” he says. “I was really putting on the theatrics for nobody.”

But a few years ago, the world caught up with Girl Talk, allowing Gillis to indulge his sense of stagecraft on a much larger scale. “Now that the shows are big … we have legitimate, stadium-sized props and visuals and all of that,” he says. “In a weird way, there hasn’t been much of a departure from the goal. Where the show is now conceptually is the fully realized version of the imaginary thing that was going on in those early years. I think at those early shows, I always wanted it to be a big production, but I didn’t have the resources for it. Even when I was playing these 10-person shows, it was kind of like a pretend arena show for me. I had outfit changes and everything.”

When Girl Talk began, Gillis’ biggest costume change was slipping out of a lab coat. When he started tinkering with samples, he was working as a biomedical research engineer. But as Girl Talk evolved and he began to book shows, he soon realized that he would need to leave his 9-to-5 career behind.

“I quit the day job because when it was going on, it was a little bit crazy,” Gillis says. “I never told my co-workers what I did. It wasn’t like I could go up to the guys at work and say, ‘Hey, I DJ at night and usually end up stripping down to my boxers.’ In the early days, it was really performance art, and I was only doing one show a month, so I didn’t really feel the need to explain myself.”

Gillis has said in interviews that his shows have become bigger than his albums, and there’s a lot of truth to that. A Girl Talk show is an experience, and that’s impossible to re-create in the studio. They are living, breathing, animalistic events that have overtaken Gillis’ original Girl Talk vision.

And those records take time to make. With each song a feverish collision of unlike music — deep-crate samples and jack-in-the-box super-hit cameos slotted into somehow-­cohesive little suites — making a full-length takes serious time. He has now released five studio albums on the Illegal Art label, mashing up Missy Elliott and Grizzly Bear, for instance, or slapping Ludacris onto Rush. The most recent remains 2010’s All Day, which consists of an astonishing 372 overlapping samples.

Part of the gap between albums is because Gillis hasn’t stopped touring for the past four years. “I’m on the road about half the year, and I definitely get tired from time to time,” he says. “I think touring has become more of a production. I’ve brought so many people in, and the business side of things is a lot more complicated now.”

Complicated enough to attract the occasional TV crew, for one thing. But Gillis isn’t really complaining. “I don’t dislike that,” he says of the responsibilities that go with being a name-brand entertainer, “but it’s not the fun aspect of it. There is more of a work aspect to doing things than there used to be. If I felt really tired or beat up, I think I would just take the time off, but I feel like I’m riding a wave right now. I never intended this to last for any period of time, so the fact that people are still coming out and people still like the records, that keeps me going.”