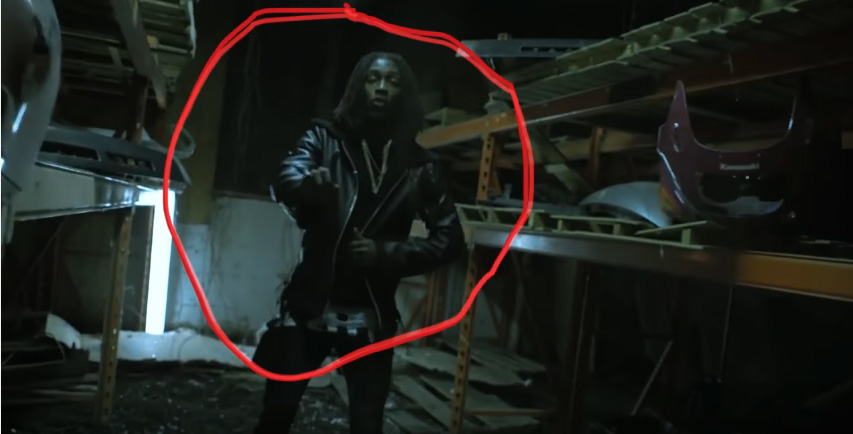 The air outside is too hot and heavy to allow much enjoyment, so it’s with great relief that local musicians have seen fit to bestow a huge number of new videos on us, best enjoyed indoors. I’m talking indie rock from Giants Chair and Westerners, massive amounts of hip-hop — including two new videos from RileyPnP — as well as a live footage of punks Wendy Moira, and the video debut of Radar State.

It’s been crazy exciting to hear new music from Giants Chair — the first in 20 years being last month’s release of the song “Featureless Horizon” on Bandcamp. Now, we’ve gotten a second track, “The Streets,” and there’s a video to go with it. Directed and edited by Anthony Ladesich, with cinematography by Jeremy Osbern, it takes Zoë Still’s set design and makes the stage at the Cotery Theatre look like the coolest rock club there is. Play this bit of post-punk damned loud.

You could’ve just said “Screamin’ Jay Hawkins sample,” and I’d already be shouting Dettsa’s praises from the rooftops, but the man’s flow is also killer. The beats on this hit like miniature earthquakes, too. Marko Steez’s video is just as arresting as the track itself, using scribbled animation to really kick up the off-kilter vibe of the lyrics and the saxophone sample.

Stik’s latest track from Central Standard Time is emotionally powerful, and the video — directed by Morgan Cooper and Soloman Bass from a story by Barrel Maker — even more so. The musician’s explanation of the video sums it up: “‘Holding Back Tears’ is a song I wrote as a way to deal with the emotions of loss in the context of my personal experiences as a black man in America. The constant push and pull of what is considered acceptable versus how I feel, and making the right choices for my survival and being able to keep my conscious intact. I’m sure many can relate, so, I thought I would share, and be transparent about it all.”

RileyPnP’s music floats on a fine line between old-school Midwest gangster and new-school trap, and that balance is what makes The Murder Tape — his latest mix — such an intriguing listen. Laid-back but attuned to the struggle of the streets, RileyPnP makes music that’s perfect for weather where you’re too damn damp to move much beyond nodding your head. Also check out the Cole Bennett–produced video for “Kinfolk.”

Radar State is a power-pop-punk quartet taking just as much influence from old-school Lookout Records as it does from the likes of the Nerves or Dwight Twilley. Considering the pedigree — the band contains members of the Anniversary, the Architects and the Get Up Kids — you know it’s going to be catchy, rocking and fun. The band makes its local debut on Friday, July 28, at the Riot Room, you can find details on that show here.

Simultaneously paying homage to and taking the piss out of various hip-hop subgenres, Mac Lethal has another viral video hit on his hands. If you’re one of the dozen people who didn’t see this last month, check this out. It’s a blast and half, and contains a little something for everyone, from the heads to the kids in the suburbs.

Katy Guillen & the Girls, “Waking Up From You”

The latest song from KG & the Girls’ Heavy Days, “Waking Up From You,” delicately alternates quiet acoustic with full-on electric psychedelic blues — and Jetpack Pictures’ video is just as fantastic. The acoustic sections are sunny and crisp, and the electric parts get swirly and dark.

The Havok on Polaris’ Tony Mendez has been getting out and about a lot lately, and has been loading up his YouTube channel with all kinds of great footage from the Lawrence punk scene. This video of Wendy Moira kicking it at a Haunted Kitchen basement show is pretty rad, and there’s also footage of Vigil & Thieves’ set.

Maybe the most artistic and psychedelic video in a month that’s been loaded with them, the work that Kendu the Stampede did on “Faces” captures the woozy feeling of Aaron Alexander’s latest. It’s also ominous as hell, and the lines Never trust an unfamiliar face / That’s just common sense seem to reverberate when placed in the context of white-masked figures menacing Alexander in the woods.

This live take on “Wasn’t In My Right Mind” is a faster version of a song from Reocurring Dream Theme, Westerners’ forthcoming debut full-length on the Record Machine. The video was shot by E Reser and the audio recorded by Paul Malinowski at Massive Sound, and it’s damned fun. Also make sure to check out “Home,” the band’s short film about touring .

Are you a local musician with a video to share? Email nicholas.spacek@gmail.com