Get out your frosty mugs, it’s Craft Beer Week 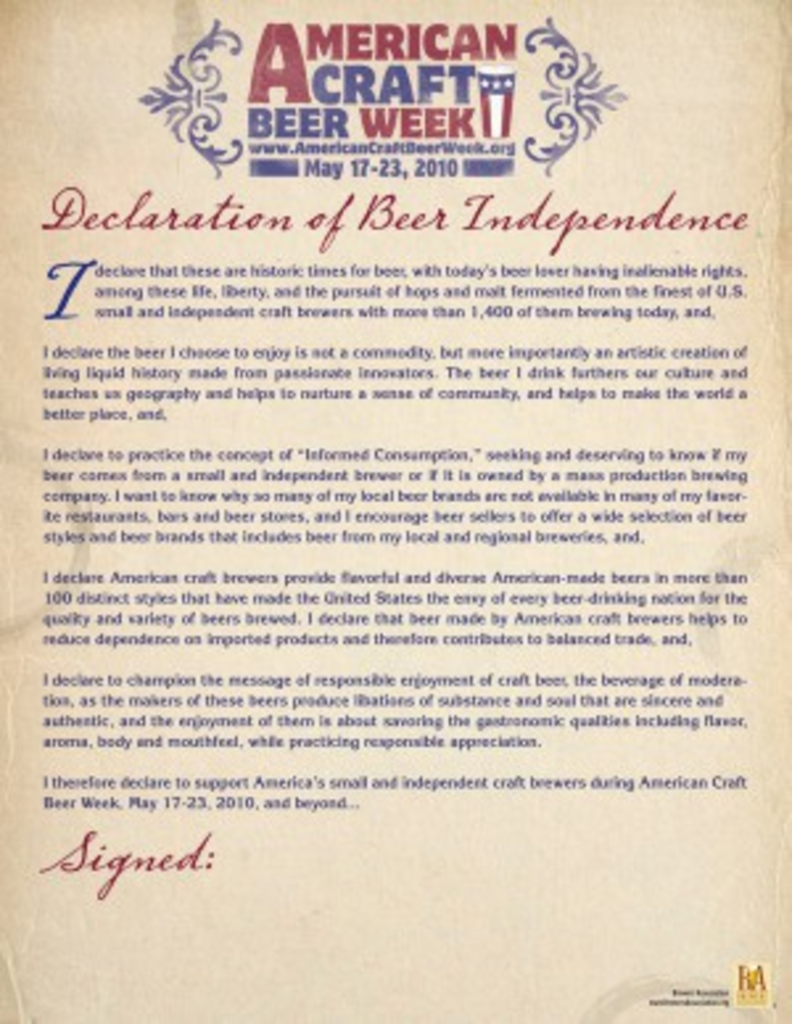 Grab the cooler and warm up your bottle opener — it’s American Craft Beer Week. The celebration of domestic microbrews begins today and goes until Sunday. And when it comes to craft beer, the discussion in Kansas City begins with Boulevard.

“It’s an interesting time to be in the beer business. On one hand, global consolidation continues to create fewer and ever-larger international mega-breweries,” says Boulevard founder John McDonald. “On the other hand, more and more people are turned off by such trends and are seeking a personal connection to authentic, flavorful, locally owned and locally made products.”

So, whether you’re drinking at home or on the town, Fat City has you covered.

Also on Wednesday, Waldo Pizza hosts a vertical tasting of Schlafly’s oak-aged Barleywine. If you buy a glass of the 2009 vintage, you’ll get a sample of brews from the three previous years. The event starts at 6 p.m.

Boulevard will give tour participants a special gift and ask them to sign the Declaration of Beer Independence.

The capper on craft beer week is the 4th annual KC Beerfest in Westport on Saturday, with more than 200 beers vying to fill your 3 oz. sample glass, including Great Divide, Free State and Dieu Du Ciel. Tickets are $25 in advance, $30 at the event.