Gabriella Petrick, visiting fellow at the Linda Hall Library, talks wine and taste ahead of her Thursday lecture 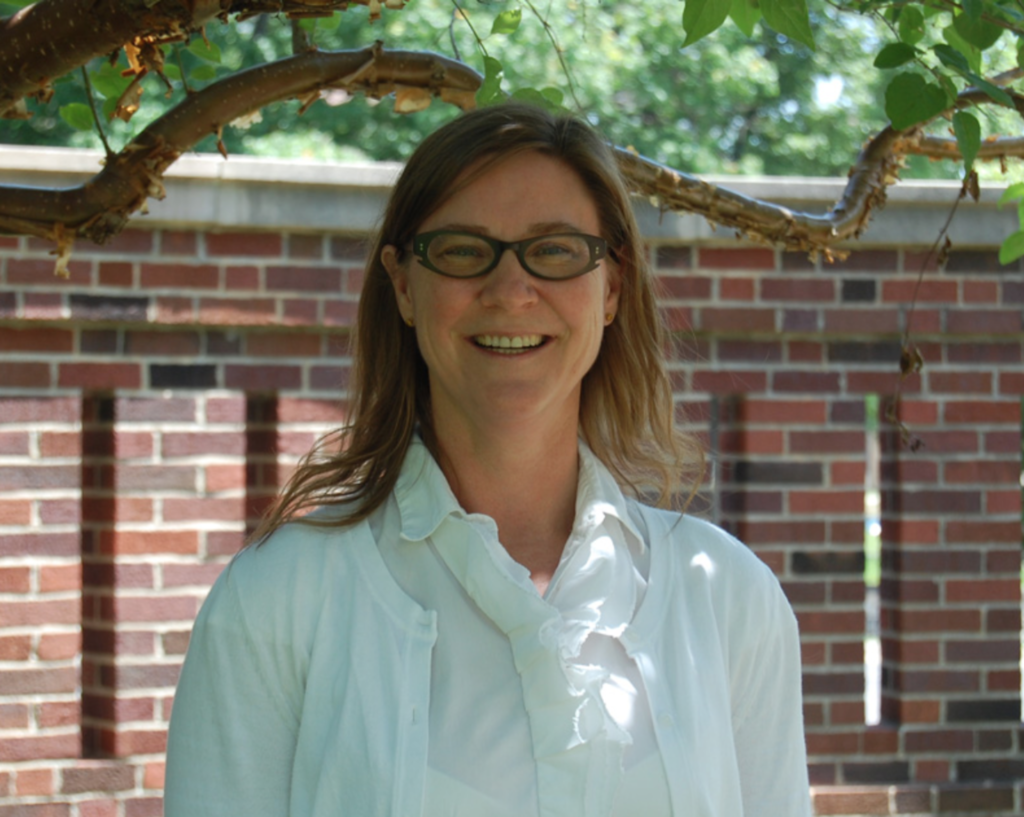 Petrick, an associate professor at George Mason University and a visiting fellow at the Linda Hall Library, knows her booze. Specifically, she knows wine — the focus of her three-month fellowship. I’d like to know more about wine, so ahead of Petrick’s talk at Linda Hall on July 30, I’ve asked her to meet me at Il Lazzarone.

Petrick’s research project at the Linda Hall Library is titled “Tasting the New World: Wine, the Environment, and the New Global Palate.” Essentially, the project — which she says will become a book — focuses on the evolution of taste.

“I’m really fascinated with food choices that people make every day, and that’s sort of at the center of all of my research,” Petrick says. “Most of my stuff comes from my own personal quest. When I was a kid, my parents had a lot of German wine. It wasn’t cabernet [sauvignon], and it didn’t taste like it does now. I was working in Napa in the ’90s, and the flavor of wine has really changed since then. My question is, Why is that? What’s driving this new taste of wine?”

At Il Lazzarone, Petrick selects a bottle of Barbera d’Alba: a bright, acidic red. She prefers an Italian bottle like this, she tells me, over a New World red. A cabernet sauvignon from California, for instance, is too jammy, she says — big but without tannins.

Petrick’s research begins around the 1940s and ’50s in the United States, when winemakers were overwhelmingly producing sweet dessert wines — what Petrick calls, with a wry smile, “hangover wines” — and it details the progressive shift in production and palate.

“There’s this big shift, and Napa starts it,” Petrick says. “People like Joe Heitz and Robert Mondavi [two prominent California winemakers] — they started to think about the types of grapes that can be grown in the valley, and over time they start to plant different types of grapes. And then, one of the biggest inventions today — and it sounds really boring — is refrigerated tanks. By simply refrigerating the tank through fermentation, and being able to control the temperature of the wine, it vastly improves the quality. So I’m interested in what’s going on in the vineyard and what’s going on in the winery.”

Petrick is petite and talks quickly. She spends most of her days surrounded by academic journals and textbooks, and she’s eager to share her discoveries and theories with actual people. Though our conversation doesn’t feel like a class, I see later that my notes detail wine’s technological and agricultural advances. These improvements in process, she tells me, have trickled into the culture and changed the palates of U.S. wine drinkers.

“There’s a way in which we became a little more worldly after World War II,” Petrick says. “There were all those GIs who drank French wine or German wine and had access to things that they never had here because we just didn’t produce it. Wine is everyday in Europe. Here it was a special occasion. And then you’ve got the rise of people like James Beard, you’ve got Gourmet magazine, you’ve got Kennedy in the White House — these things might seem unrelated, but it’s all about the shifting culture of America in many ways and coming into its own as a world power, and I think wine reflects that.”

These are all points, Petrick says, that she will touch on in her lecture at the Linda Hall Library Thursday, July 30. That talk, “Red or White: How Cabernet and Chardonnay Came to Define Wine,” comes two-thirds of the way through her fellowship and just ahead of her August departure for a new position at the University of New Haven. There, she’ll teach courses on beer history, hospitality and food culture.

It’s not just the wine talking when Petrick sounds a little sad as our conversation turns to her fellowship ending. Though the next year will be busy — in addition to her new teaching position, Petrick will see the release of at least two books, one academic (Industrializing Taste: Food Processing and the Transformation of the American Diet, 1900–1965) and one for the masses (Sweet, Sour, Salty, Bitter: Taste in History) — Petrick plans to continue visiting the Linda Hall Library as she builds her case for wine academia. Plus, she adds, she still has a long list of Kansas City happy hours to try out.

“I’m a strange person in many ways,” Petrick says as the wine in our bottle diminishes. “Food has always been at the center of my life. And life is too short for bad food.”