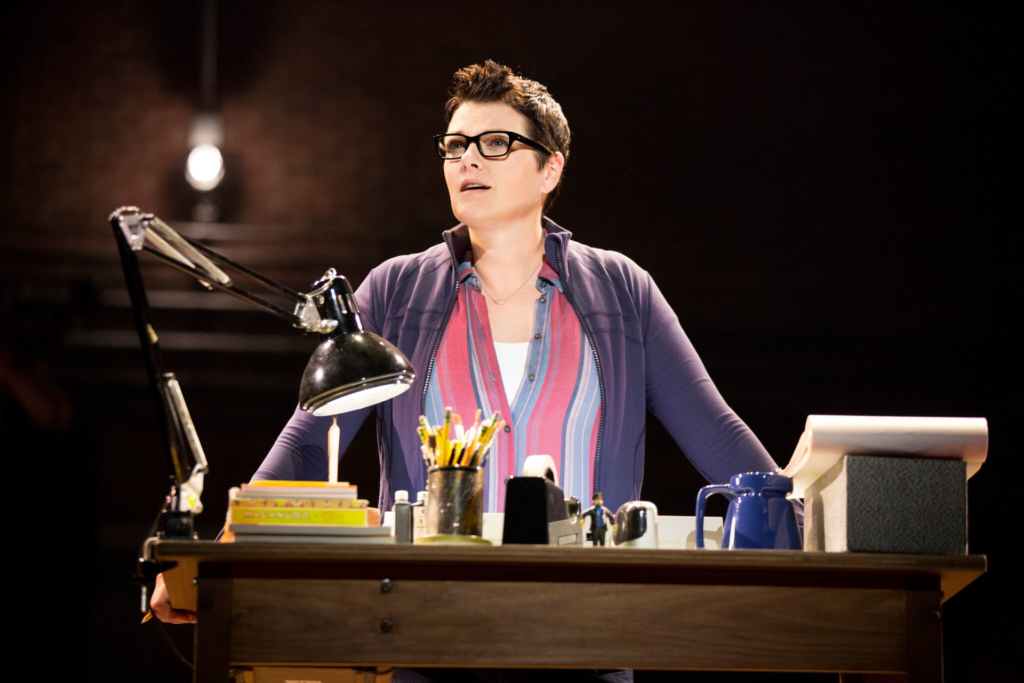 At first glance, Fun Home seems an almost cruelly ironic title for a musical about sexuality, suicide and rearview reckoning.

At second glance — hold on, a musical?

The Broadway tour of Fun Home has landed at the Kauffman Center through Sunday, giving theatergoers the rare opportunity to see a musical as subversive in structure as it is in content. The Tony Award–winning show is adapted from a graphic memoir by Alison Bechdel, whose eponymous “Bechdel Test” has become thoroughly ingrained in pop-culture criticism. (In essence: Do two female characters talk to each other? Do they talk about something other than a male character?)

Very few scenes of Fun Home pass that test. Although the musical tracks Alison through her growing pains and coming-out struggles as a young lesbian, the story mostly centers on her father, Bruce, a high school English teacher, small-town funeral director and manic restorer of Edwardian furniture. Oh, and he’s a closeted gay man whose furtive double life and eventual suicide weigh oppressively on Alison’s every memory.

Fun Home doesn’t skirt the heavy stuff, but it stops shy of high-minded tragedy. Bechdel has a talent for black humor, thanks in part to a childhood spent playing hide-and-seek in sales-floor coffins. (“Fun home” is cutesy shorthand for the family’s funeral home.) Playwright and lyricist Lisa Kron has preserved much of that humor here, from an adorably eager college hookup (“I’m Changing My Major (to Joan)”) to a childhood faux-commercial with Jackson Five vibrancy (“Come to the Fun Home”). 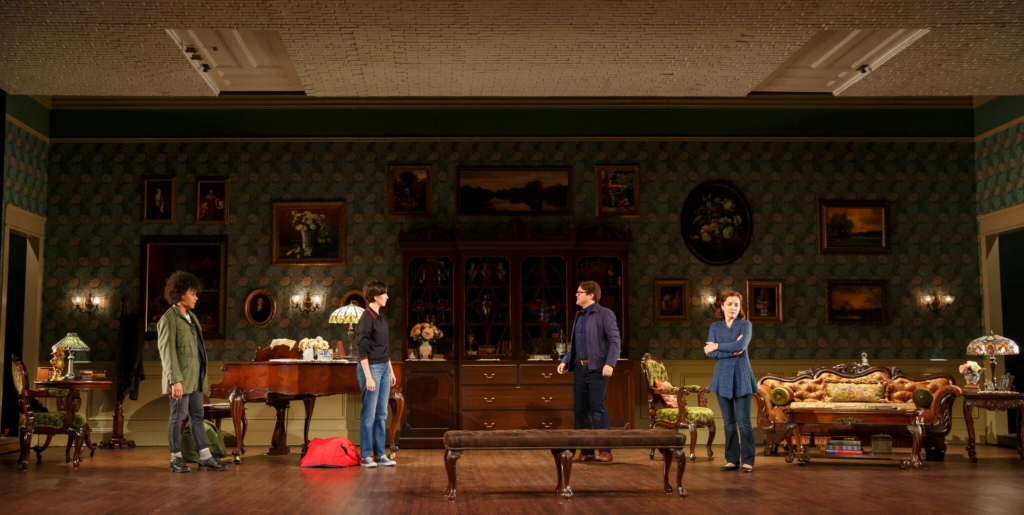 But Kron’s major innovation is preserving the source material’s mosaic structure for the stage. The show’s scenes don’t snap together like Lego bricks so much as they collide in twisted-metal heaps of childhood confusion and full-grown grief. Scenes ping back and forth between Alison as a stubborn, dress-averse child (Carly Gold, as strong a singer as her adult compatriots) and Alison as an awkward teenage cartoonist at Oberlin (Abby Corrigan, exceptional, full stop). Adult Alison (Kate Shindle) knits the two timelines together, narrating from the sidelines and bridging time jumps with a wistful song or freeze-frame caption. 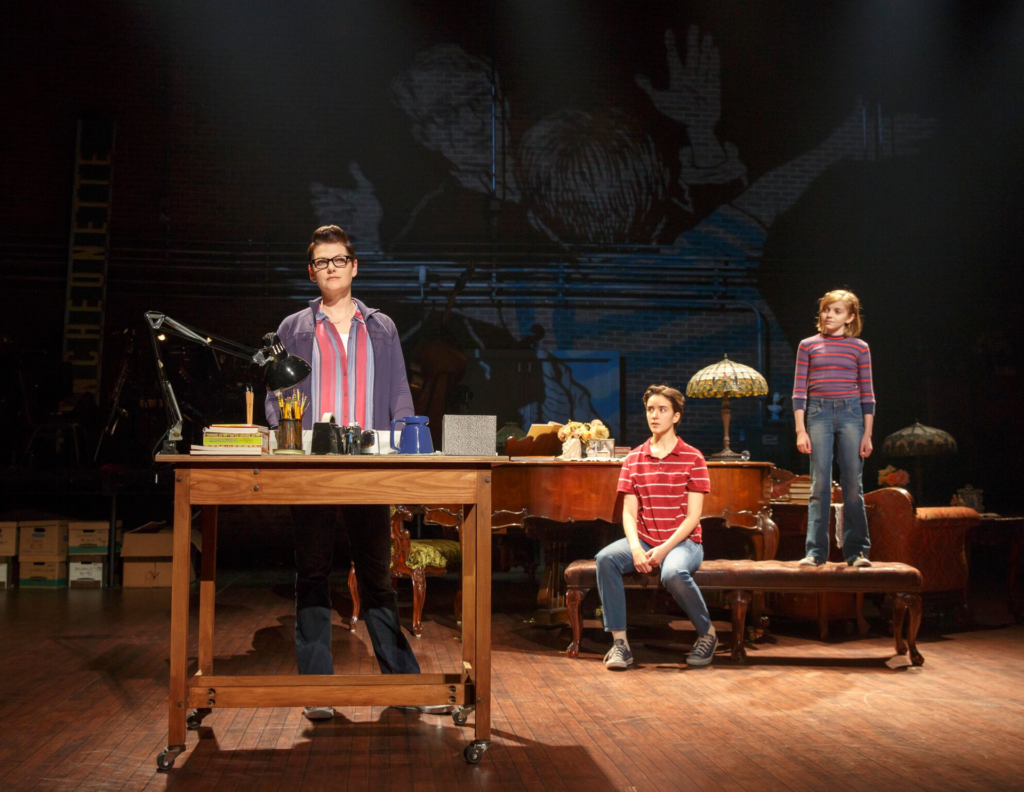 The weak point is Jeanine Tesori’s predictable score, which marries striking, image-laced lyrics to moody piano pathos and sugary flute trills. The songs succeed as emotive showpieces but don’t quite live up to the complexity of the characters or the strength of the performers.