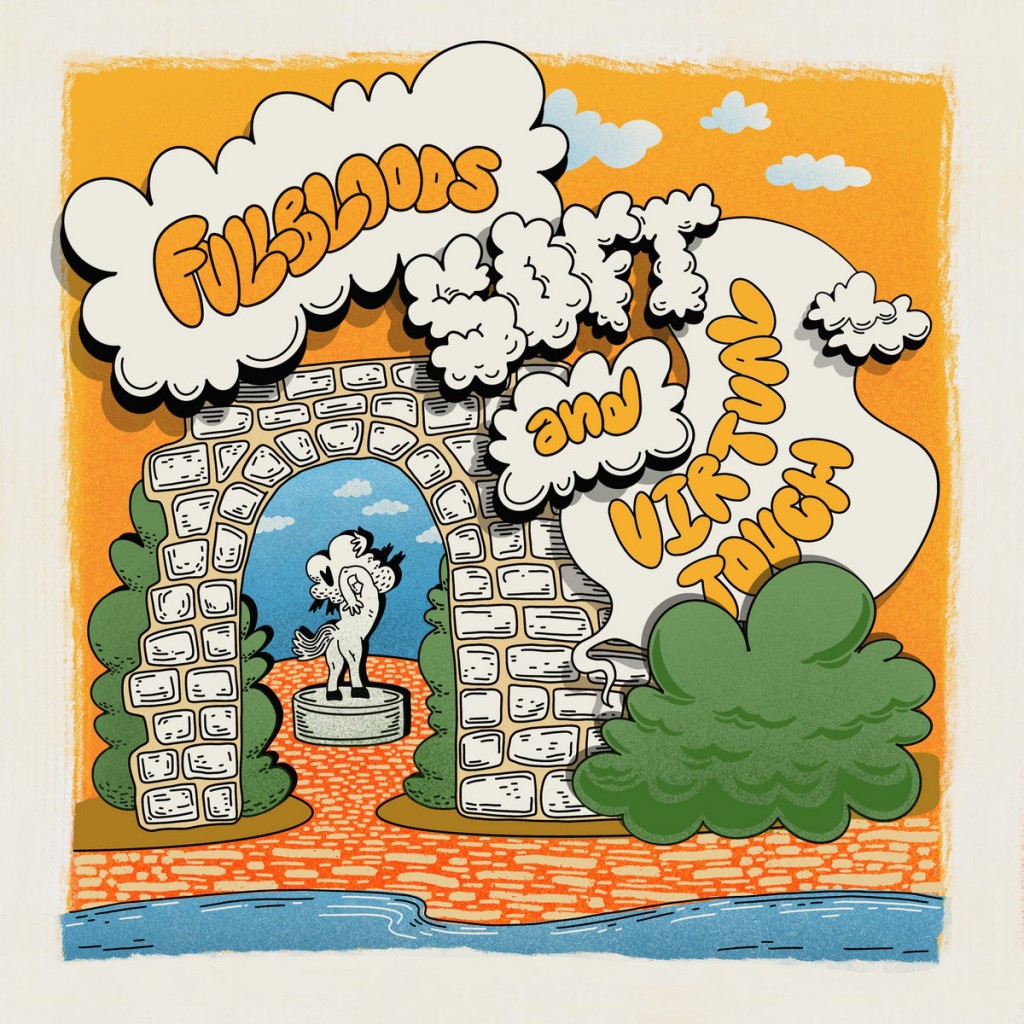 Spring has sprung, and Kansas City’s Fullbloods return with their follow-up to 2016’s Mild West, the timely entitled Soft and Virtual Touch. The instant you look at artist Nika Winn’s bubble lettering on the album jacket, you know that you’re in for one hell of a sunny pop record, and Fullbloods don’t disappoint.

Fullbloods is, at its core, a one-man project from musician Ross Brown, although he pulls in guests to perform live and record. On Soft and Virtual Touch, he’s working with a diverse array of performers, including drummer Kyle Rausch (Shy Boys), bassist David Seume, saxophonist Leslie Butsch (Natural Man & The Flamin’ Hot Band), and synth player Jerad Tomasino, among others. Some of these folks are part of the live Fullbloods experience, but much of the album was put together by Brown, who also wrote, recorded, and mixed the LP, in addition to playing many of the guitar and bass parts.

Soft and Virtual Touch shimmers. No two ways about it, this is a record which has a warbly, tremulous tone. Right from the very opening chords of the title cut, Fullbloods’ music evokes the tones of an ancient cassette unearthed from the floorboards of a ’72 Pinto hatchback you used to drive in high school. The music has a well-loved and much listened-to quality, as if you’ve already played this album so much that the tape’s beginning to stretch and fray.

Fullbloods’ music here hits a feeling of familiarity with the warm and, yes, soft sounds, but the musical ideas which are being played with are sounds which are usually so disparate from one another. “Worry Entertainment” begins with pure surf guitar before turning into tropicalia. That ’70s Brazilian flavor is also explored on “Present By Proxy,” but not without a disco interlude as part of “Wedding Party.”

And then, on top of all that, there are kosmische Musik’s motorik rhythms scattered throughout the first half of the record, giving Fullbloods’ sound the propulsive aspect needed to keep Soft and Virtual Touch from turning into the indie rock version of a Com Truise record (not that it would be a bad thing).

God knows we need some beauty in our lives right now, and thank goodness for Ross Brown and company for putting this record out. It hits all the right spots to turn a sunny day by yourself into a thing of beauty and calm, with just enough swing to turn this into a cathartic dance party.

Maybe it’s just the record nerd in me, but I absolutely adore the fact that High Dive has a center label design template for all their LPs, like record labels from back in the day. The matte finish on all their record jackets is beautiful, as well. It’s not something that’s knock-out fancy, but the attention to detail and consistency really lets you know that they care a lot about their releases.

You can order Fullbloods’ Soft and Virtual Touch from High Dive Records.