Front/Space brings back a publishing staple with Zine Dream 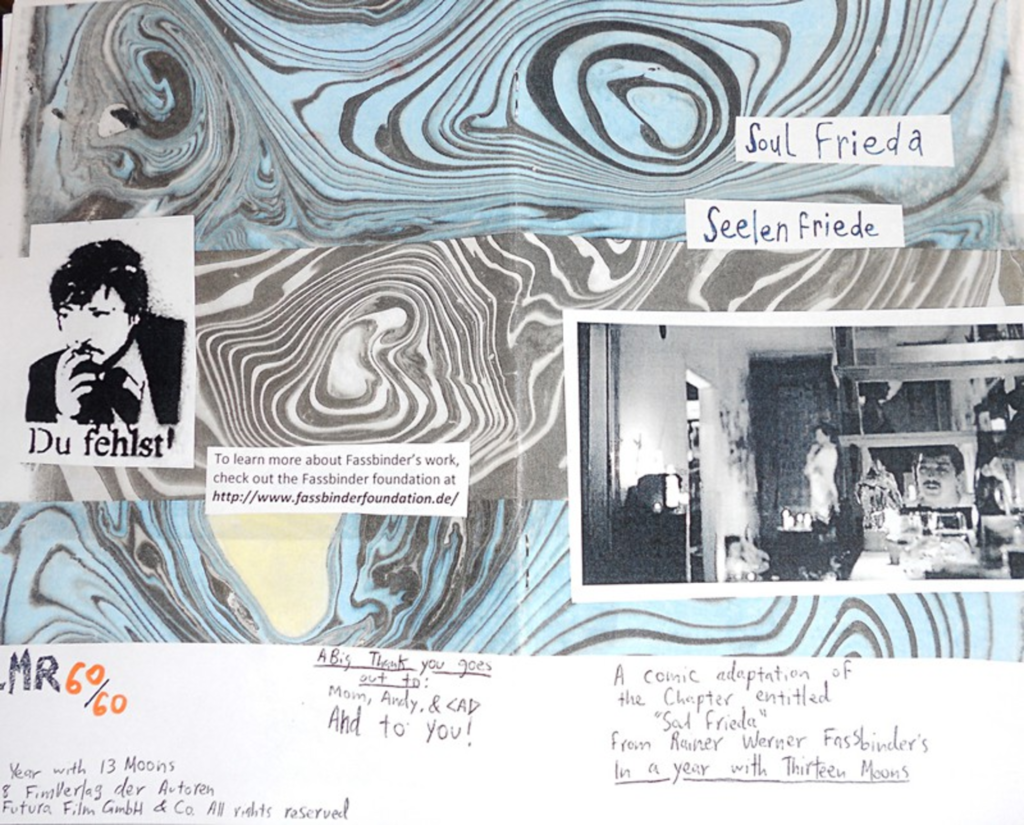 A block west of the First Friday hot zone that is 18th Street between Baltimore and Wyandotte sits Front/Space, a discreetly compact storefront gallery. For September’s First Friday, its tiny front room is the site of Zine Dream, an exchange and work space for producers of independent publications.

A generation before Tumblr, creative types used ink and paper — pamphlets, fliers, booklets, some photocopied and stapled and others surprisingly slick and magazinelike — to disseminate text and images made (or found) outside mainstream interests. These days, all it takes to broadcast ramblings or snapshots to a global audience are a few keystrokes. But some people still publish old-school — distributing the results by hand or by mail — in efforts requiring no less diligence than when the zine was born.

The Pitch: For those who may be unfamiliar, what’s a zine?

Burnett: Zine is short for magazine, which implies that it’s an alternative approach to traditional or status-quo publishing habits. Zines, as we most commonly think of them, are collective efforts to give deliberate voice and specific information about neglected, taboo or radical topics. The physical form of this comes to particular light given that, on the Internet, everyone can instantly self-publish his or her own thoughts, politics, identities and artistic flights for unimaginable audiences, but they have to compete with an infinite amount of other content that’s constantly being recirculated through the Web. Along with all of the other thoughtful and creative ways to publish something in print, zines hold a huge relevance in contrast to this.

We tried really hard to find another word for small-scale and/or independent publishing, but zine just has that immediate ring to it. So there are some technical differences that we have to ignore between things like artists’ books, chapbooks, pamphlets, comics, even the difference between “independent” and simply small-scale productions.

And where do you get them now?

You can find zines at most record stores and at coffee shops, and bookstores like Prospero’s. There used to be an Infoshop in Lawrence, and there was the old Solidarity space. The Kansas City Public Library even has a zine collection, which I think is pretty amazing. You can find the collection at the Missouri Valley Room in the Central Library. They even just had a call for submissions for their own zine!

Where did the idea for Zine Dream come from?

There are three parts to Zine Dream: the zine exchange on September 7, the work space, and the reading space. The instructions for participating in the exchange are as follows: Contact us at 18th.frontspace@gmail.com with your interest and bio. Drop off 20 copies by Saturday, August 18. Receive 15 different zines back at the exchange event on First Friday, September 7.

In Front/Space will be the work space and reading room, which we’re really looking forward to assembling in the space this month.

As for the idea, we knew we wanted to organize a different kind of project for the end of this summer. Front/Space is about inviting people in and allowing them to work on projects that they really enjoy. So as residents and directors, we were considering projects and pursuits we’ve had in the past and could also share with a new audience. Lindsay Deifik is a printmaker, and she had been a part of a print exchange recently, which was one of the first things she brought up. Kenny Szlauderbach is a writer, and in college he was a part of a print and short-fiction exchange that was editioned and read at Wonderfair in Lawrence. Sarah Murphy and I are both avid pen pals, which in itself can be an ongoing creative exchange.

There’s been a lot of conversation in the arts community in Kansas City about critical writing and response to the great amounts of activity we’ve been seeing, and it definitely begs the question of whether we as a public are still responding or creating dialogue through text. There are a lot of efforts springing up to create more independent publications in Kansas City, and our contribution with Zine Dream is to allow these to surface in one place and mark the presence of independent publishing, even for just a short amount of time.

I also feel like I’m always hearing about someone organizing a zine or working on one with their friends, asking who wants a copy sent to them, just to get it out and done. That’s definitely something that Front/Space has also been good for, providing a place where people can find an audience for their work, a reason to finish ongoing projects.

Why was it important that Zine Dream include both an exchange and a work space for creating?

The exchange happens on the opening night, but the work space and reading space remain in the Front/Space to continue the action of the exchange throughout the month.

The materials required to make a zine are pretty simple: a copy machine, tape and scissors. Most of the time, you’d just go to a copy shop and run copies of cut-and-paste layouts. This method of working is really satisfying, especially when most of our jobs are done entirely on computers. In fact, when we were first starting Front/Space, Sarah Murphy and Brooks Fitzpatrick went to Kinko’s to make our original signage in a very similar way that one would make a zine, so I guess you could say the zine aesthetic is sort of built into Front/Space itself.

There’s a democratic nature to zines. You should always feel open to make your own, regardless of the production quality or the scale of subject you try to take on.