From the Bulldog will come the Ruins 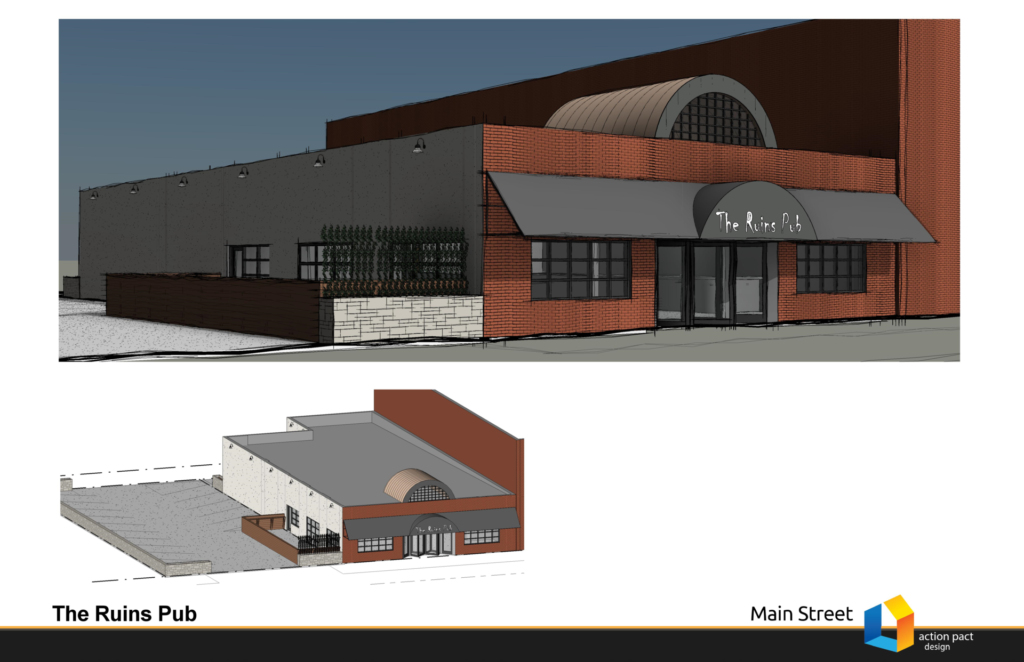 Scott Kalwei hasn’t signed the lease for 1715 Main Street yet — he thinks he’ll be closing the deal with building owner Dick Snow by the end of this week — but when he does, he hopes the deal leads KC to Ruins. The Ruins being the name of the venue he plans to open in August, in place of the soon-to-close Bulldog.

Kalwei, 27, has no restaurant or saloon experience (he graduated from the Missouri University of Science and Technology with a degree in industrial engineering), but he’s going to hire an experienced staff  — including a chef — to operate the bar and restaurant. He’d been working as an engineer at the Ford plant in Claycomo but took a leave three years ago to travel through Europe. There, he was inspired by the nightclubs he visited in historic Budapest, built in the ruins of older buildings. Some of the spots were elaborate structures dating back to Budapest’s glorious past. Other such bars were in the framework of structures that had barely survived the violence of World War II.

“There would be clubs, very exciting bars, in buildings that were in a state of disrepair,” Kalwei says. “If you left those venues at 4 a.m., there would still be a line of people waiting to get in.”

Kansas City isn’t quite European enough for the 4 a.m. crowd, but Kalwei says his club will stay open until 1:30 a.m. He’s going for a young demographic of night owls.

“Our target audience will be the millennials,” he says. “After all, I’m only 27. I want to attract the younger people who already come to or live in the Crossroads. Artistic people, techies. A high-energy crowd.”

Kalwei doesn’t want to talk about the style of food he’ll serve in the former Bulldog venue until he hires a full-time chef. But he’s happy to share that his plans include replacing existing north-facing windows with garage doors, creating a new patio, tearing out the carpeting inside the building and replacing all of the current furnishings.