From a Fringe to a Garrison and back, the breweries keep on coming 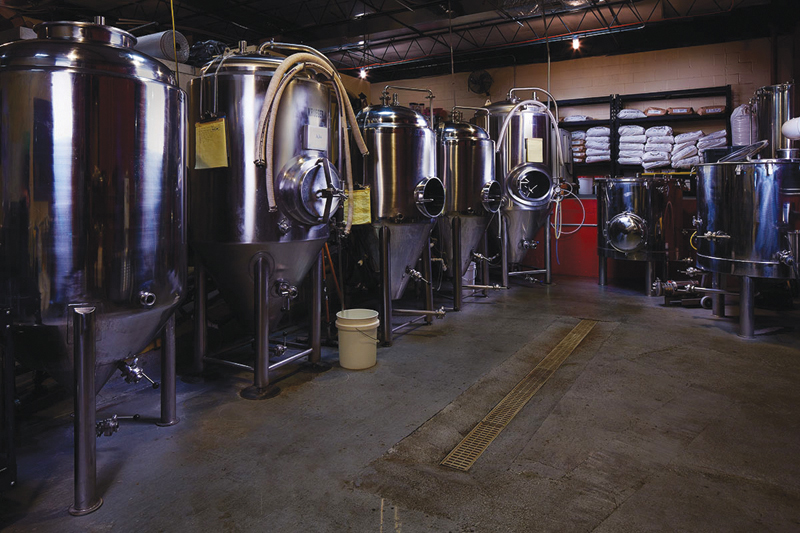 You can add Lee’s Summit to the local beer universe. Fringe Beerworks, a new taproom and microbrewery from Mark Myers and Eddie Pease, recently opened at 224 Southeast Douglas Street with two dozen taps — and dedicated brews in the works.

Fringe has a three-barrel, electric system, and does growler and crowler fills. The partners plan eventually to use half the taps for outside brews and half for Fringe creations. The Roasterie’s coffee is going into a nitro milk stout, and there’s talk of a grapefruit wheat.

The thing about ninjas is, you never see them coming. Ninja Moose, however, is going to get a lot harder to miss. In February, the Hamilton, Missouri, company becomes Levi Garrison & Sons Country Brewery, in order to avoid any trademark issues with Moosehead Breweries. The new name pays homage to Levi Garrison, the great-grandfather of owner Scott Falke.

In March, Falke hopes to move Levi Garrison into a larger production space. That would bump production up from a one-barrel system to five barrels, allowing for increased distribution to neighboring towns. Their beer is already being served at Fringe Beerworks.

Whether you’re failing on New Year’s resolutions or feeling overwhelmed by Facebook, there’s a beer for you this week, courtesy of Double Shift Brewing Company (412 East 18th Street). The barrel-aged version of Literally Can’t Even went on sale Wednesday. It’s a limited bottle release of a Belgian strong ale that clocks in at 9.9 percent ABV.

Boulevard Brewing Company is launching a new set of classes. Tours & Rec Study Hall debuts from 5:30 to 7 p.m. today with Class One: Beer Basics. You’ll sit down with a flight and two beers at the Beer Hall (2534 Madison) as you learn about the raw ingredients, the brewing process and how to evaluate beer. Tickets cost $20; more information at boulevard.com.

Boulevard’s Monthly Maker series is a Rise & Shine Early Riser Party. Head to the Beer Hall at 9 a.m. for cinnamon-raisin French toast casserole, candied bacon and a full pour of Early Riser Coffee Porter. The breakfast celebration also includes a mug and a chance to meet Boulevard brewers and roasters from Maps Coffee, the Lenexa shop that collaborated with Boulevard on Early Riser. Tickets are $20.

Crane Brewing Company (6515 Railroad Street, Raytown) is holding a Glass Night in its taproom, starting at 4 p.m. It’s giving away a few new limited glasses to the first few folks to order a beer, and there’ll be a raffle for T-shirts and bottle bags.

And In Your Beer Future