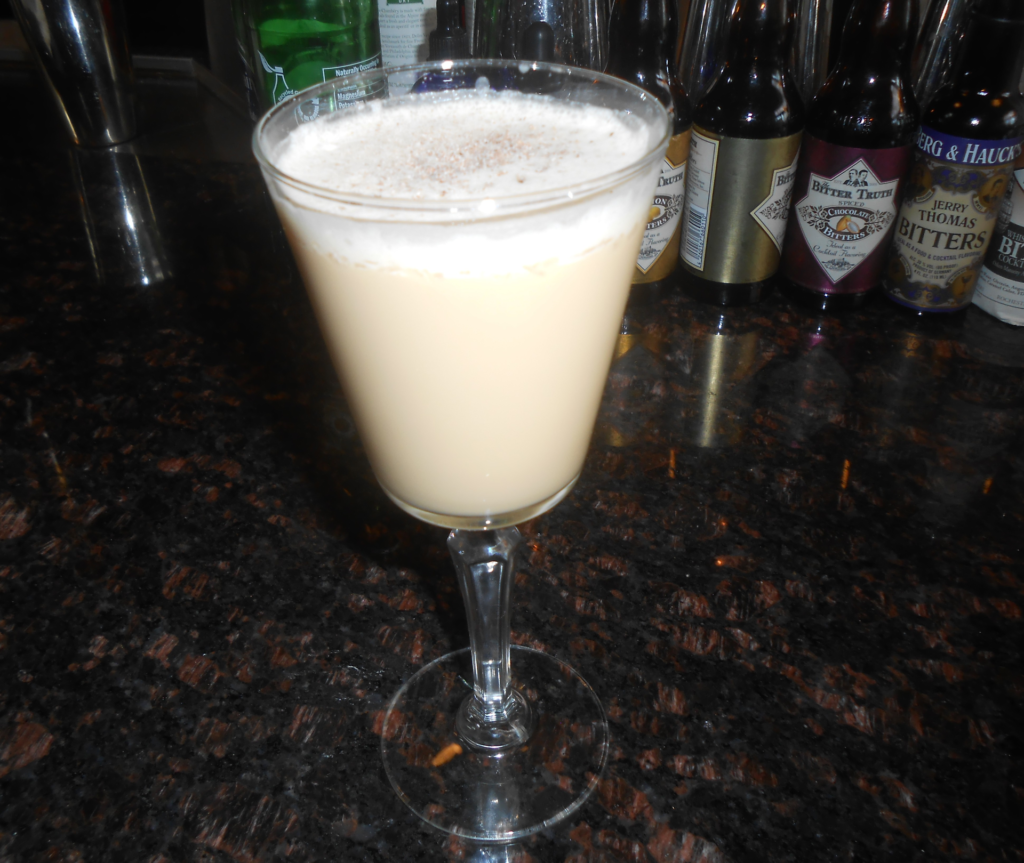 Longtime readers of The Pitch know that a very famous 1922 cocktail, the Brandy Alexander, launched my own sordid route to intemperance and dissipation. While still in grade school, I was watching a movie on the “Late, Late Show,” the 1958 drama Too Much, Too Soon about the tragic life of movie star Diana Barrymore – Drew Barrymore’s aunt who died of an alcohol and drug overdose at age 38 in 1960.

There’s a scene in the movie where young, naive Diana (portrayed by Dorothy Malone) – still a schoolgirl – is taken to a nightclub by her alcoholic father, John Barrymore (played by the heavy-drinking Errol Flynn), who orders the teenager her first cocktail, a Brandy Alexander. “It tastes just like a milkshake,” he tells her.

Because my father was a liquor salesman, our home was conveniently outfitted with all the necessary components to make such a cocktail: a bartender’s guide, brandy, cream, creme de cacao, and crushed ice. I mixed together the ingredients, shook it up, and – surprise, surprise! – it did taste like a milkshake. A very delicious, head-spinning milkshake.I was soon an accomplished Brandy Alexander mixologist and learned the cocktail was even more fabulous when it was made with ice cream in a blender. I regret to say that before I even started high school, I had already moved on to more serious drinking, but I still think of those Alexander days with some wistful nostalgia.

I haven’t ordered a Brandy Alexander in decades, so I asked veteran bartender Beau Williams (the soon-to-be owner of Julep in Westport with his wife, Keely Edgington) if people do still order the creamy cocktail.

“I still recommend it as a favorite classic cocktail,” Williams says. “It still has a certain nobility to it.”

Nobility, yes. Supposedly the brandy-based cocktail was created in London in 1922 to celebrate the marriage of Princess Mary and Viscount Lascelles. But another local cocktail expert, Manifesto’s Ryan Maybee, says the actual Alexander cocktail – now known as an “Alexander #1,” a recipe that dates back to 1915 – was made with gin, creme de cacao and cream.

“It’s very popular at Manifesto,” Maybee says. “The gin lightens the drink up quite a bit.”

Go ahead and order one tomorrow. And raise a toast to Diana Barrymore. Or Lee Remick in The Days of Wine and Roses. It only took one sip of a Brandy Alexander to lead her character down the road to…the days of wine and roses.