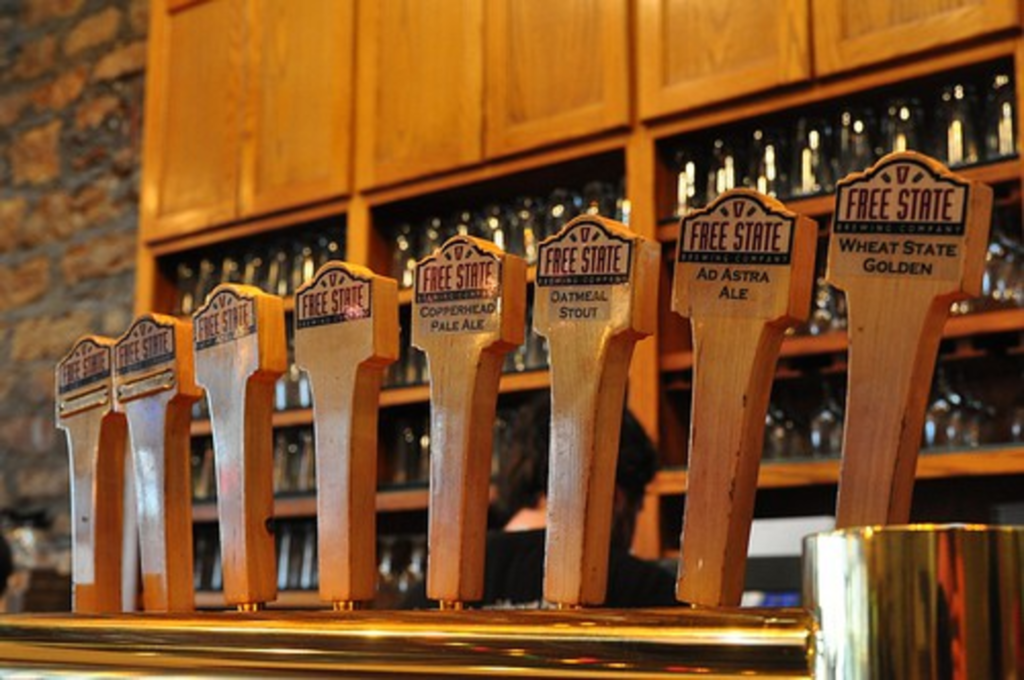 In a few short weeks, kegs from the Free State Brewing Company will be rolling down I-70 toward Kansas City. The popular brewery in Lawrence, Kansas, has signed a distribution contract with Major Brands Distributors to bring its beer to the state of Missouri.

everything from weather patterns to politics moving from West to East.

Kansas City, in some ways, is just an extension of what we’ve started

Five of the brewery’s beers — Ad Astra altbier, Oatmeal Stout, Copperhead Pale Ale, Wheat State Golden and Stormwatch American IPA (a darker IPA with roasted malt) — will be on taps in the city by the first or second week of March. And you’ll no longer have to make a trip to Lawrence to bring home a growler of beer. Bottles will hit store shelves later this spring as the second part of a distribution plan.

“The bottling equipment is literally on the Interstate right now between Redding, California, where it has been in the process of being repaired for the last year,” Magerl says.