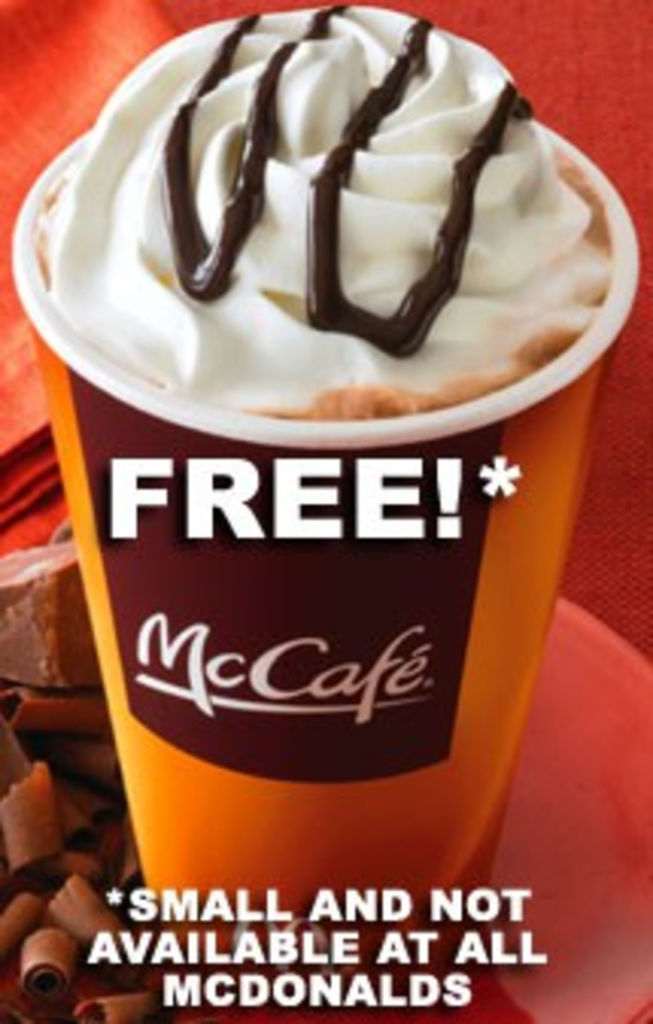 For many years, when you mentioned McDonald’s and coffee in the same sentence, there was usually a joke about burning your lap. But not anymore, McDonald’s is serious about getting customers to like its coffee, even if it has to give it away — which is what the chain is doing today and every Monday until August 3.

With chocolate syrup is added to the espresso and steamed milk, a mocha is a gateway fancy coffee drink for those who might then graduate to lattes and cappuccinos. That’s probably why McDonald’s chose to give away mochas rather than other drinks.

The chocolate they use in the mochas is the same as the chocolate on the surprisingly addictive hot-fudge sundaes, and for those watching their weight, the hot version does come in a nonfat option.

Be warned, though — seven and eight ounces ain’t much (a normal small is 12 ounces) and you only get one. (Though if you go to another McDonald’s….)  Also, the offer is only good at locations with McCafe’s, which not all McDonald’s have. You can find the closest McCafe here.

Despite all the caveats, the company estimates it will be serving around 10 million samples. Meanwhile, we’ll sit back and wait for Starbuck’s counter-promotion.