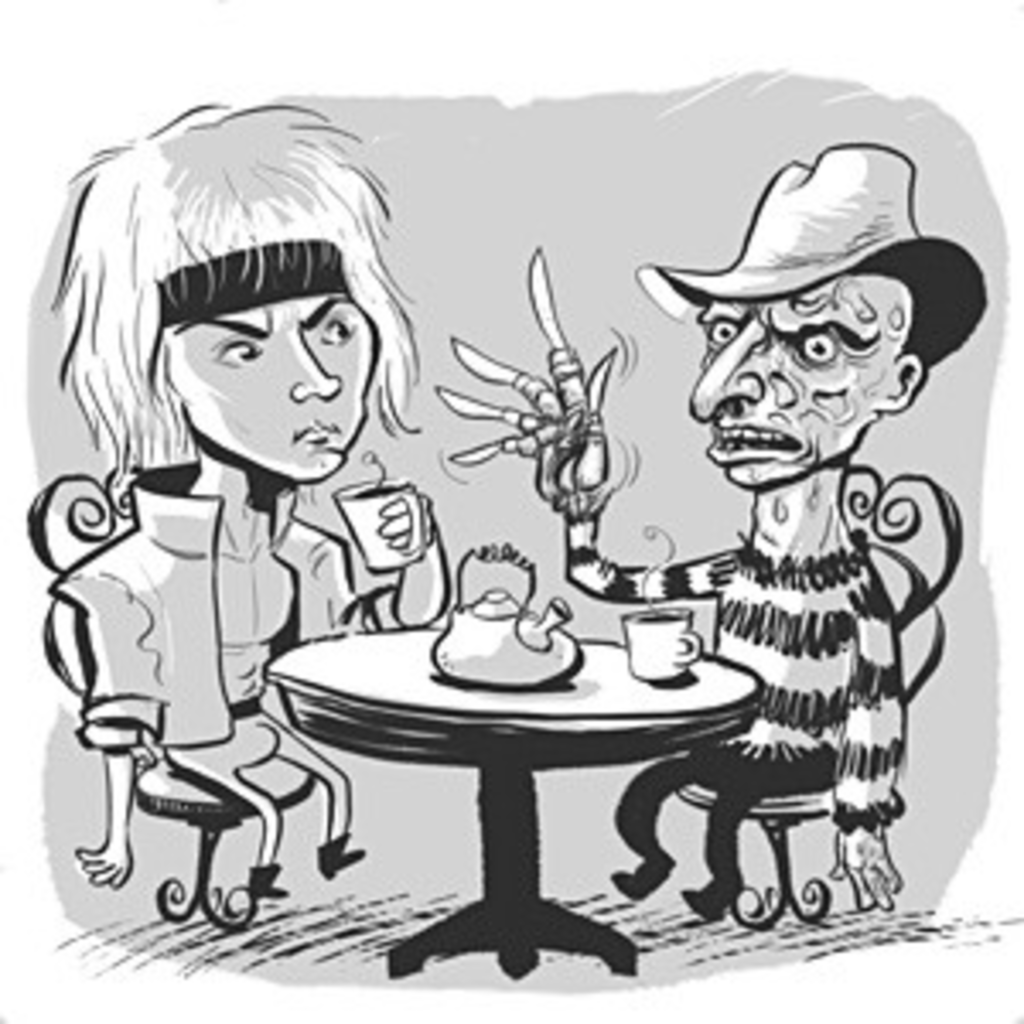 As the final notes of Don Dokken‘s acoustic set echo through the hall, he thanks the crowd and departs the stage. There’s no doubt — Dokken’s still got it, and he sees headliners Queensryche waiting in the wings to tell him so. Together, riding a high of unplugged euphoria, they all remain unaware of the ominous convergence of shadows around them. Then a voice of pure evil speaks.

Krueger: It’s been awhile — don’t think I’ve seen you since we did that “Dream Warriors” video back in ’87! [Dokken makes an audible harrumph, and Krueger awkwardly reaches out to shake hands with Geoff Tate and Michael Wilton of Queensryche.] Hey, there. Fred Krueger. Oh, right — razor fingers. Sorry.

Krueger: I’m actually a monster fan of Queensryche, so this is cool for me! Was big into Operation: Mindcrime. Operation: Mindcrime II wasn’t half-bad, either. But take it from a guy who learned the hard way: Around part four or five, you just start phoning it in. Running out of ideas, ripping off other junk and so forth. Been up to anything lately?

Tate: We made a record of us playing nothing but other people’s songs.

Tate: It’s called Take Cover. We do Pink Floyd and the Police.

Krueger: [Turning back to Dokken] So, Don, I guess I probably owe you an apology.

Dokken: That’s right, you do! We had a deal — I gave you a tasty lick for the soundtrack to A Nightmare On Elm Street 3, and you were to ensure that metal would rule the Earth forever! You did not hold up your end of the bargain for rockin’ with Dokken!

Dokken: [To Wilton] Shut up and go listen to Cats.

Krueger: No, I deserve that. I totally dropped the ball. Ended up in Seattle in the early ’90s trying to do something about all that grunge nonsense, but, well, apart from being ignored by my jaded, slacker, teenage prey, which sucks the evil life force out of me and leaves me powerless, my greatest weakness is probably coffee. And they drink a lot of lattes out that way.

Krueger: Come on, I want to make this right! How about I take out a whole mess of emo kids? We’ll all come out ahead! What do you say?

Tate: Man, that was rough —

Krueger: Look, I’ve got some bad news for you guys, so I’ll just keep it on the level. Dream Theater wants you out of the picture. Not to mention “Silent Lucidity” was a major headache for me. Queensryche, you’ve never seen a riff shredded like this! [He brandishes a guitar-shaped combination buzz-saw-flamethrower.] It’ll really melt your face! Yes, Freddy! You’ve still got it! Bwah-ha-ha!