Freaky is gory fun from a supernatural slasher on the run 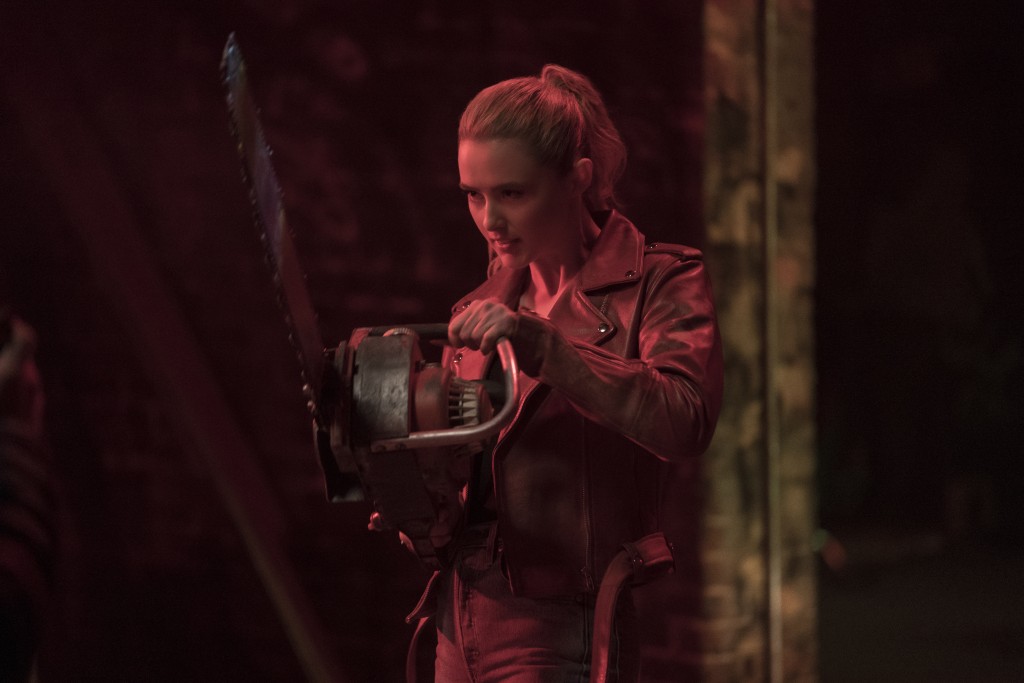 Kathryn Newton as The Butcher in Millie Kessler’s body in Freaky, co-written and directed by Christopher Landon.

In the midst of an age of profound arthouse horror, the movies of Christopher Landon feel like a delightful throwback. 2017’s Happy Death Day and 2019’s Happy Death Day 2U are gleeful, gory genre entries that make strange bedfellows with the heavy themes and existential dread of Midsommar or The Babadook, and feel more at home alongside the teen-savvy works of Wes Craven and Kevin Williamson. Landon’s latest, the serial killer body swap horror-comedy Freaky, is no different. It’s an irreverent ride that plays fast and loose with high concepts and down-and-dirty squick, equal parts Heathers, Scream and Freaky Friday.

Cut to our heroine, Millie (Kathryn Newton), a nerdy high schooler with no social life, a workaholic cop sister (Kelly Lamor Wilson) and a depressed mom (Katie Finneran) who’s still mourning the loss of Millie’s dad. One night after a football game, Millie is attacked by The Butcher, armed with that fancy schmancy knife. In his attempt to murder her, The Butcher awakens an ancient curse, and he and Millie switch bodies. Millie, now in the body of Vaughn, must convince her friends Josh and Nyla (Misha Osherovich and Celeste O’Connor) and her big crush Booker (Uriah Shelton) to help her correct the switcheroo before it’s too late—and before The Butcher, now in the body of Newton, starts killing them all off.

As with Happy Death Day and Happy Death Day 2U, Freaky mixes jokes and spot-on comic timing with genuinely squirmy kills. There’s a lot of goofy humor, but it’s tempered with great slasher style. Newton and Vaughn each have a lot of room to play with their personas and it works well. Newton, possessed by The Butcher, gets to vamp it up and provide some violent poetic justice to some skeevy high school bullies. Vaughn adopts teenage girl characteristics that feel genuine and never over-the-top. He gets an impressive amount of mileage out of a single joke, as the petite Millie awkwardly learns how to move through the world in a much bigger, stronger body.

It’s also worth noting that Freaky, while predominantly a fun conceptual take on slasher movies, also works to round out its female heroine and address issues specific to being a young woman in a predatory setting. Landon also includes Millie’s friends—the black Nyla and gay Josh—as significant characters in the narrative, rather than thin characters who many other horror films would—and have—easily dispense with. Freaky mostly has fun on its mind, which is great; we need fun right now. It manages to keep that tone, however, with a little more thoughtfulness than you might expect.