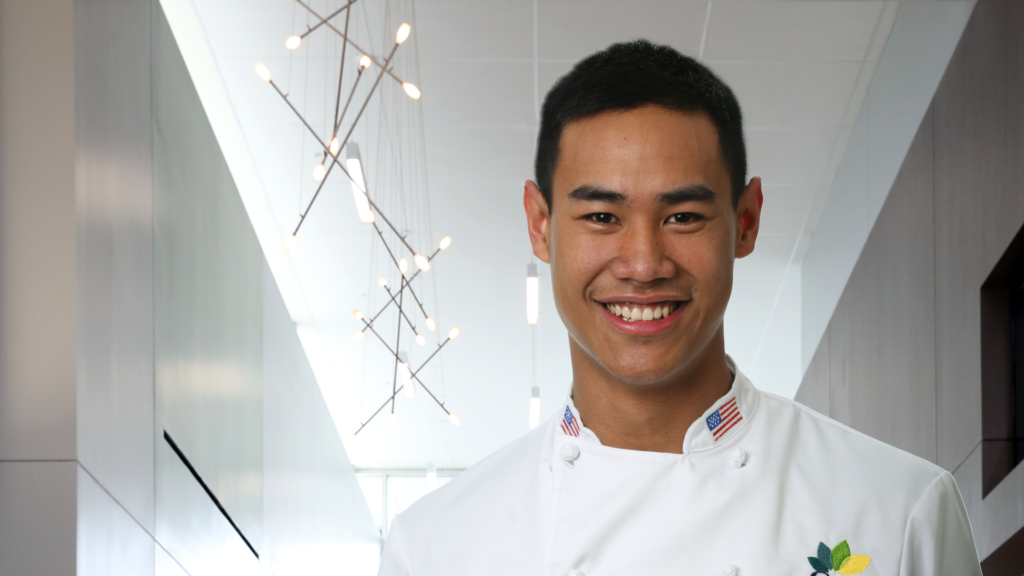 June has been a very good month for Matt Phillips, a  22-year-old student in the hospitality program at Johnson County Community College. Phillips traveled to Las Vegas on June 14 to compete in the national Chaîne des Rôtisseurs young chef competition and won first-place honors.

Phillips, who has been studying at JCCC for the past three years, was also a member of the JCCC culinary team that won first place last summer in the American Culinary Federation Student Team Championships. In addition to his studies, Phillips has been an apprentice chef for three years at the Blue Hills Country Club, where he still works.

The Pitch asked Phillips a few questions about competing solo in Las Vegas — where each chef was given an identical “mystery market basket” and a limited amount of time in which to design and create a three-course meal — as well as his upcoming trip to Budapest and his future plans.

The Pitch: What was in your “mystery market basket” and what did you prepare as your three-course meal?

Phillips: I was one out of nine competitors from around the country who all won in the different regions. We were given 30 minutes to write out a menu, three hours to cook and another half-hour to present. We were handed, just before the start of the competition: striped bass, rabbit, squab, scallops, shrimp, fatback, caul fat, and plums.

The dessert course was a dark-chocolate mousse on an almond and honey crumble, mixed-berries sorbet, kirsch-marinated cherries, mixed berry sauce and tuile cookie.

Will the format of the international competition in Budapest be like the Vegas competition? Will you have mystery ingredients? Have you given any thought to what you might prepare based on your personal culinary strengths?

The international competition in Budapest will follow the same timeline and consist of unknown mystery ingredients as the national competition. There will be some changes that I will have to adjust to in practice prior to the competition. For instance, all cooking will be done on induction units, and I will not have a helper to wash dishes or to fetch items.

What was the prize for winning the competition in Las Vegas?

What are your future plans for your life after JCCC? Do you have ambitions of owning your own restaurant? Would you stay in Kansas City?

I am currently working on a bachelor in business, and I am taking as many classes as I can here at JCCC that will transfer to Ottawa University. For future plans, it seems like there is a lot to look forward to, but I just want to take it one day at a time because that’s all we are guaranteed. As doors and opportunities open up, I’ll see where God leads. I got to say, though, I love Kansas City.