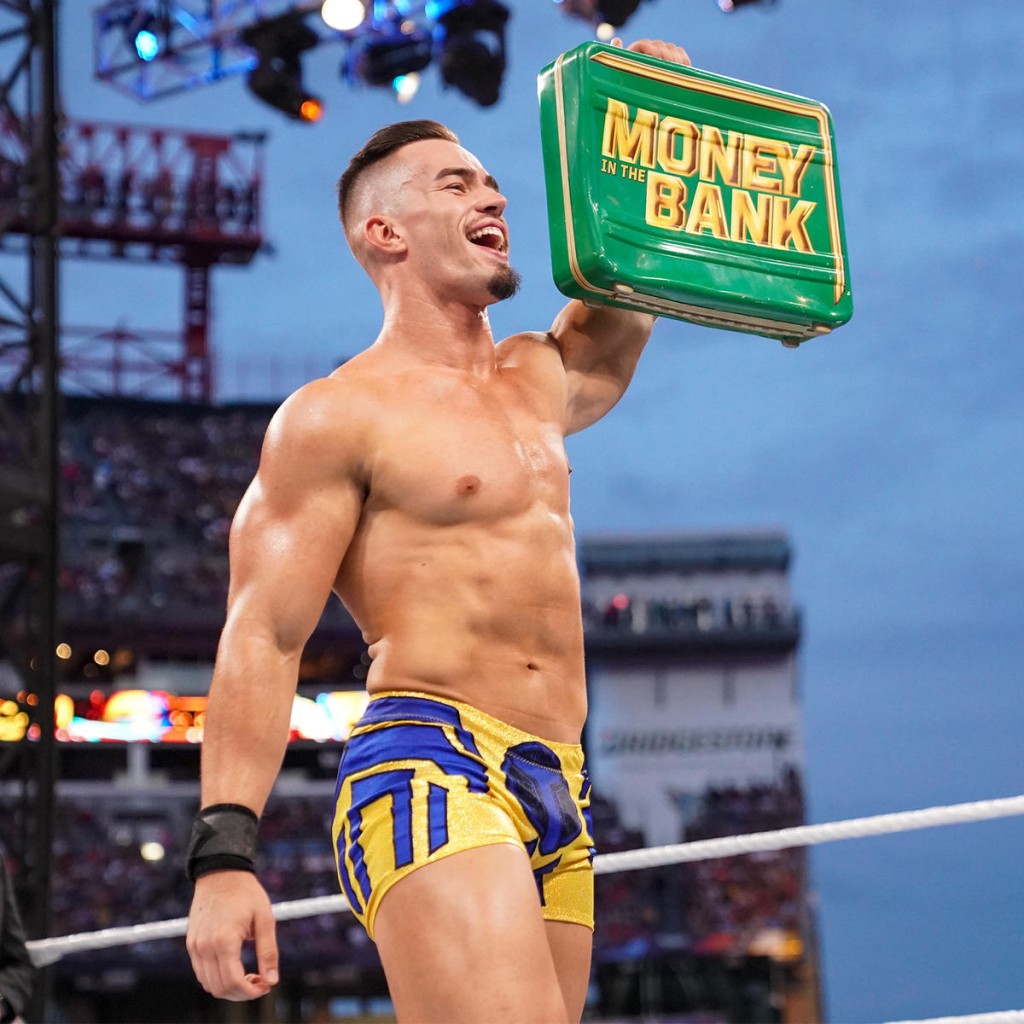 Pro-wrestler Austin Theory made his WWE debut a mere three years ago—and now his accolades have accolades. “I’m the youngest United States champion and the youngest Mr. Money in the Bank ever in WWE history,” he brags. “I could soon become the undisputed WWE universal champion.”

(If you’re not up to speed, Theory won the prestigious Money in the Bank briefcase just a couple of months ago—which allows him a guaranteed title shot whenever he wants it.)

Needless to say, when WWE Monday Night Raw arrives at T-Mobile Center on Labor Day, all eyes will be fixated on Theory who may or may not play said bank card. Regardless, he’s gonna eat his way through the city while he’s here. “Dude, I love food so much, so I’m gonna have a great time. When it comes to food, there’s no better place,” he says. “Imagine (I win)—and then I go eat some barbecue in Kansas City!”

Besides being a protégé of former WWE chairman and CEO Vince McMahon, Theory has become a bonafide fan favorite thanks to his skills, cocky swagger, and even cockier disposition.

How popular is he? Theory has become a newly minted video game character. “I’m in the most recent WWE 2K game. I’m a big kid, so for me to be myself in the game—it’s crazy. It’s really cool,” he says.  “And no, I don’t want to play against myself. I gotta be myself.”

We caught up with the wrestler extraordinaire recently over tea and crumpets. (We kid—we’re pretty sure he was wolfing down several steaks during our interview.) Naturally, we wanted to know if he was up for answering our series of thoroughly asinine questions. “I don’t know if I’m ready for this, but I’ll try my best,” Theory says. 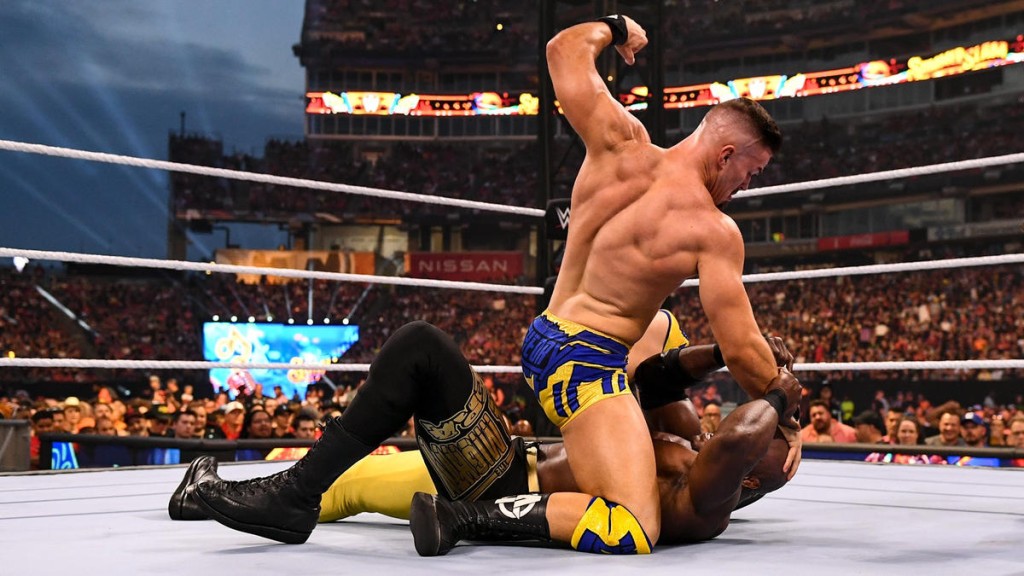 The Pitch: If you could choose, what would be your walk-up song in a baseball game?

Theory: Hmmmm—I’d come out to Eminem’s “Lose Yourself.” Me walking out, that song, that beat—I’d be the perfect person to fit that energy. It’s a big moment. You’re walking into the baseball game, and everybody is screaming your name—and then the beat drops? I’m sold.

If you weren’t wrestling, what kind of occupation do you think you’d be in right now?

Definitely acting. I’ve dabbled in acting classes but not too much. But eventually I’d love to do movies. I love movies—horror movies, all the MCU movies. Maybe I could be a superhero? Or maybe be in an action movie? I love The Terminator, that’s one of my favorites. Maybe I could be the new Terminator?

You know when you get to a hotel room that has those pillows that are so good you can’t explain it? Those are rare. I find most hotels have pillows that are so new, they’re rough. As long as the pillow has that nice head hold—where you can lay back and relax. Like, no matter where you put your head, it’s a peaceful-sleep-pillow.

What’s the dumbest question you’ve ever been asked in an interview?

Then, I like to make my answer awkwardly long, and then they’re like, “Well, of course you will win.”

Bonus 5th Question: In your opinion, who is the best wrestler in the history of wrestling—you know, other than you.

When I was eight years old, the first thing I ever saw in the world of sports entertainment was John Cena. And I was so motivated and inspired by how he carried himself and his personality that I’ve followed him ever since then. That set out what I wanted to do for a career.