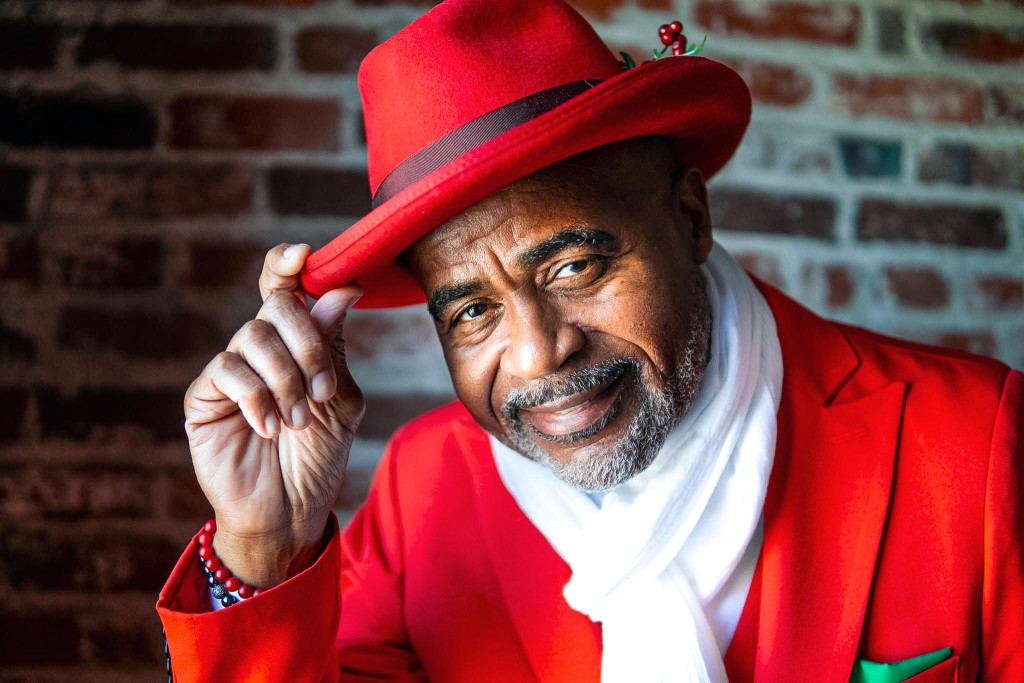 Did you feel that? It’s Tucker Lott’s holiday spirit taking over the metro. The ever-present Lott and his alter-ego The Soul of Santa are making a triumphant return this Friday at the historic 18th and Vine Jazz District.

Tucker tells us he created the Soul of Santa brand in 1996 as a marketing alternative to the traditional Christmas celebration. “I developed the character as an inspirational movement to focus on the inner person and what makes us similar,” the Soul of Santa Do Good Foundation founder says.

Lott will be front and center at this Friday’s 4th Annual Soul of Santa Holiday Benefit Concert—featuring Eric Benét and Chanté Moore. As the website states: “Leave the eggnog and hot cocoa at home, because these songs will soothe your soul!”

We caught up with Lott during rehearsals to ask him our festive query of four inane questions. It was a little hard to hear him with the orchestra of jingle bells in the background, but we managed.

The Pitch: What’s the best Xmas present you’ve ever received?

Tucker Lott: This may be a bit quirky, but it’s a bike. When I was about 8 or 9 years old, I received a bike at Christmas, but it really was to celebrate my June birthday because I didn’t get anything that year. The bike was for all of us, we all took turns riding it.

But my siblings called me mom’s favorite because no one had ever received such a big gift. So that was really the Christmas present I never received–because it was for my birthday.

What’s your favorite sandwich combination that other people might find odd?

How about a good ol’ home-fried potato sandwich with nothing on it? But you need fresh bread, or it won’t absorb the grease. Ummmm, yummy!

What’s your favorite opening line of any movie?

Growing up around coal mines and steel mills in Western Pennsylvania, we played on train tracks all the time. We ‘hopped’ trains from time to time but, in retrospect, they were freight trains that were making pick-ups at the steel mills near the river. Those tracks were seldom used. Nevertheless, when you got a ‘slow-moving’ freight train ride, it was thrilling.

Now that James Brown is dead, who’s the hardest working man (or woman) in showbusiness, in your humble opinion?

After James Brown? It’s Samuel L Jackson! Who works any harder? He’s been in over 150 movies! My favorite role was Django Unchained.

I like mayonnaise on just about any sandwich. I’ll even eat it on salads and/or dip my fries in it if I have a good brand nearby.