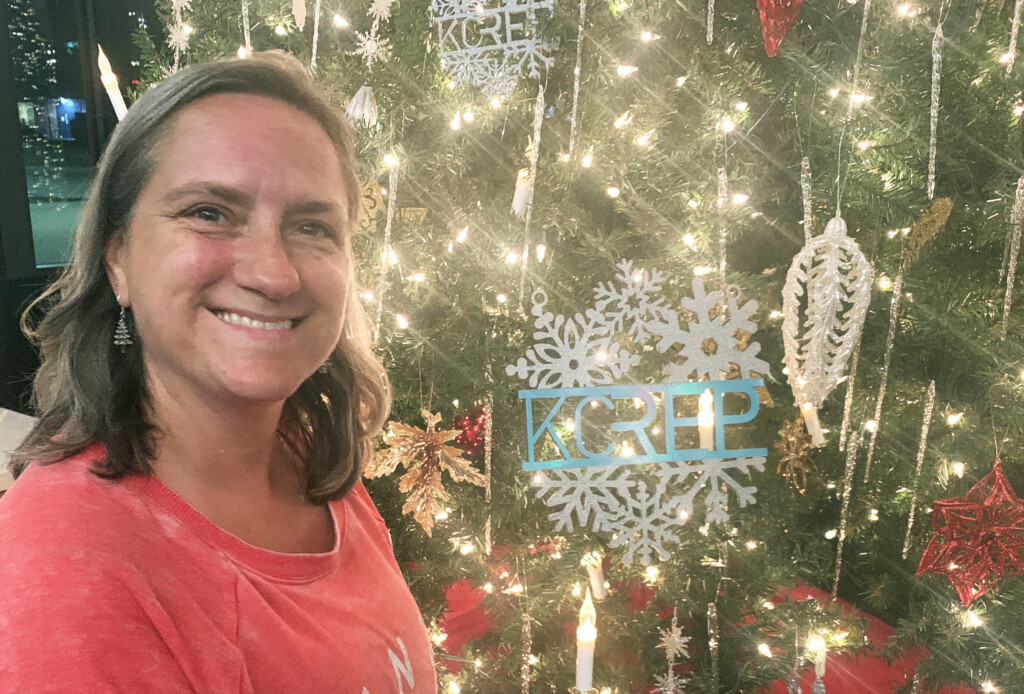 Since 1989, Kelly Cooper has been a stalwart staple at KCRep. “It was Missouri Repertory Theatre back in the day when I started working as an usher,” she says. “Long story short, I never left the theatre.”

Cooper—who now has the illustrious title of house manager—says her life has become irrefutably intertwined with the popular performance venue. “I met my husband at KCRep when he was catering an event for the theatre, and I was working in the lobby,” she says. “Two years later, he proposed on Christmas Eve after I had worked two performances of A Christmas Carol. That was almost 30 years ago.”

Now that A Christmas Carol has returned to KCRep, so has Cooper’s ever-present sense of nostalgia. “I raised both my kids in tow running shows, and they were fortunate to be in the youth cast of A Christmas Carol for many years. They still work at the theatre today. I often feel like I am living in my own Hallmark movie, minus the break-up and heartache,” she says.

For more than four decades, KCRep’s annual performance of A Christmas Carol has created plenty of memories for families, and this year is no different. Cooper says she’s thrilled to be back in the seasonal saddle. “We look forward to seeing faces we only see once a year,” she says. “But we’ve also watched kids grow—and now those kids are bringing their own kids to carry on the tradition. The audience fills my heart with so much Christmas joy. It’s a highlight year after year!”

We caught up with Cooper in-between performances to ask her our series of oh-so moronic questions because—‘tis the season!

The Pitch: What’s the worst Xmas present you’ve ever received?

Kelly Cooper: Back in the ’80s, they used to have earring trees, but you could also hang necklaces on them.

I am a very simple pizza person. I love cheese pizza and margherita pizza. So, I would have to say more than two is probably too many for me.

What Broadway show tune best sums you up?

“One” from A Chorus Line.

I think it best sums up what’s constantly going on in the brain of a dancer. The music, the counting, the steps, what you “hope” your body is doing and looks like, and everyone else on stage that you need to be in unison with.

Life feels like that most of the time. There are always so many balls in the air; you just try to get them to all bounce at the same time so no one notices you had that many floating around, ready to fall at any moment. I still do it all the time. Everything is a count.

I remember years ago, someone told me it was like I was in a dance the entire time I was working the lobby. I didn’t think of it that way until he brought it to my attention—but it’s true. Everything is timed and constantly changing, and you never know what to expect, which is what I love about theatre.

In cinema history, what’s the single best on-screen costume in the history of costumes?

For me, it’s the dress Deborah Kerr wore in The King and I when she danced with Yul Brynner during “Shall We Dance.”

There was so much being said in that scene, so much going on. But then the dress starts to steal the show, flowing and gliding through the ballroom as the tension continues to grow between them. It’s just such a phenomenal scene! If we had the ability to rewind when I was growing up, I would have worn out the tape watching it over and over.

Bonus 5th Question: What drudgerous household chore or errand would you outsource if given the opportunity?

Cleaning the bathrooms. I have two boys. Need I say more?