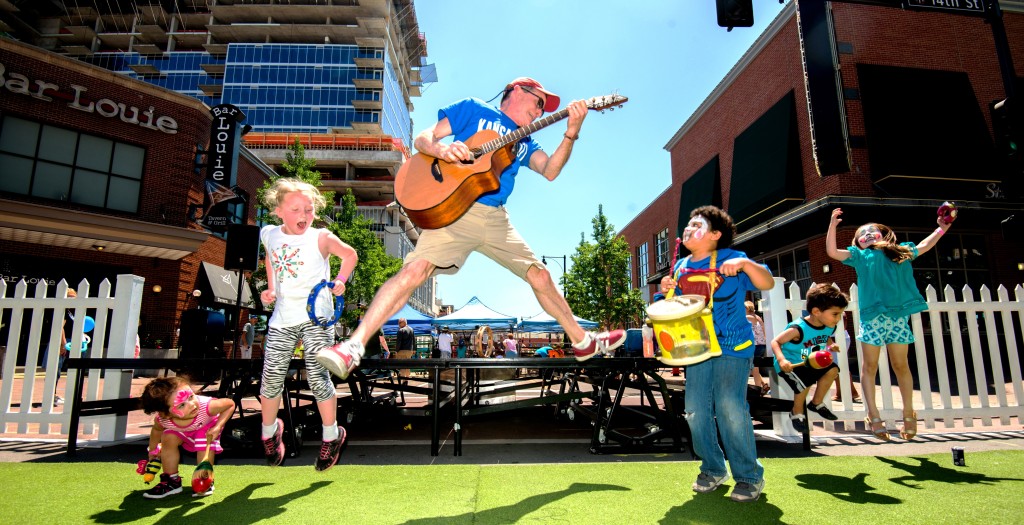 Jim Cosgrove has one of the quirkiest resumes we’ve ever seen. More than two decades ago, the former journalist and corporate PR wonk took a leap of faith to become a full-fledged children’s entertainer.

Besides performing, Cosgrove (Mr. Feet, if you’re under 7 years old) has also found a penchant as a speaker and author. Cosgrove’s three children’s books, Bop Bop Dinosaur, Sullen Sally, and Hark! It’s Harold the Angel (Ascend Books) debuted during the pandemic to the delight of his fans.

Shifting gears yet again, the former parenting columnist for The Kansas City Star has penned and released his newest offering, a true-crime memoir, Ripple: A Long Strange Search for a Killer (Steerforth Press, 2022). The book chronicles Cosgrove’s 26-year journey to find answers in the disappearance of a family friend.

We caught up with the man of many talents between gigs to ask him our series of moronic questions. And, yes, we tried to be as kid-friendly as possible.

The Pitch: You’ve performed for a bazillion children. Who was—hands-down—the worst behaved?

Jim “Mr. Stinky Feet” Cosgrove: Kids are really awesome at being kids. I’ve encountered more poorly behaved adults than children—like, those who demand that I pick their child to be in the band, those who throw a fit if I don’t, and those like the inebriated mother at an open-bar fundraiser who spilled her cocktail on the stage while harassing my wife.

But there was a kid in Memphis nearly 20 years ago who was on stage in one of my “jam bands.” He started hitting the boy next to him with a maraca. I gave him a few gentle warnings, but when he continued his aggressive tear, I took the maraca and explained that he had lost his privilege to be in the band and escorted him off the stage (which I’ve only done one other time).

The other kid who he’d been hitting dropped his instrument and stormed off the stage in what seemed like an odd protest of solidarity. It turned out they were brothers.

What song have you performed the most times on stage? Why is it such a crowd favorite?

“Bop Bop Dinosaur” is the first song I ever wrote for kids. I’ve likely performed it 4,500 times because that’s how many shows I’ve played over the past quarter of a decade. I’ve maybe left it off my setlist 100 times.

But here’s the deal, I never get tired of singing it, because there is someone in the audience who is hearing it for the first time, so that keeps it fresh for me. I think it’s a hit because it’s easy to sing, and it’s about a dinosaur dancing in his underwear. What’s not to like? And I usually pick someone from the audience to sing it with me, which puts the spotlight where it belongs—on a child—not me.

It’s got to be Animal, the untamed drummer for Dr. Teeth & The Electric Mayhem. He’s everything I’m not—wild, unpredictable, slightly dangerous, and a drummer. I’ve always wanted to be a drummer.

Some fans think Animal was inspired by Keith Moon, which is a theory I fully support because I’m a big fan of The Who. And I love that Dave Grohl was cast in a cameo as “Animool” in Fozzie Bear’s knock-off band The Moopets in the 2011 movie. Perfect.

In a movie theater, what’s the most ideal seat? Front row, back row, side, etc.?

In May, my daughter and I went to our first movie in two years, and we were the only ones in the huge theater. We got to pick our favorite seats—five-sevenths of the way back, right in the middle. Just as the previews ended, another couple came in and sat two rows in front of us. Seriously? They clearly had the same idea, which triggered my territorial hackles.

Bonus 5th Question: What’s a cereal you could eat every day for the rest of your life?

This may require some deep psychoanalysis. I was raised on Grape Nuts and Raisin Bran. No sugar cereal allowed. So, when I’d spend the night at a friend’s house, I’d binge on their Frosted Flakes and Cap’n Crunch until the roof of my mouth bled.

You’d think that when I ventured out beyond the restrictions of my childhood that I’d load my cupboards with sugary goodness, but I didn’t. Just the thought of eating that stuff makes me feel sluggish, and my teeth start to hurt. I’m pretty consistently an oatmeal guy, but my favorite homemade “cereal” is cooked farro (an ancient grain) mixed with clementines, sliced bananas, strawberries, pecans, and a splash of maple syrup.

I know, I know, it sounds all wholesome and healthy—‘cuz it is. Try it, you might like it.