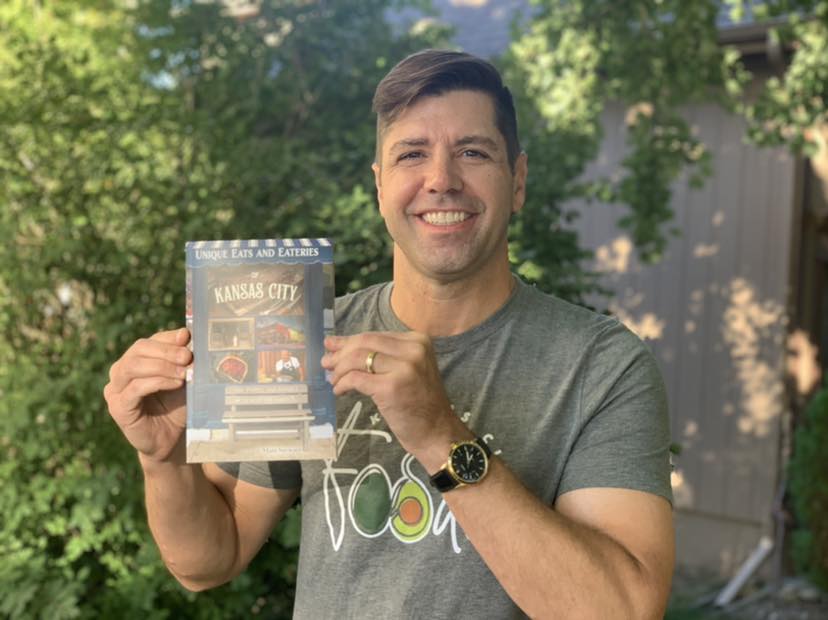 Matt Stewart is all about work anniversaries this year. Besides hitting the 25-year mark as a TV newsie, he just celebrated his 10th anniversary as part of Fox 4’s insanely popular morning news squad.

The Emmy-award winning reporter and anchor is also getting plenty of accolades and kudos for a new book he recently released. Unique Eats and Eateries of Kansas City spotlights 86 of the most unique restaurants in the metro.

Stewart—who is a bonafide foodie—did a deep dive into Kansas City’s bustling culinary scene. In his book, he profiles the history of the people who opened these restaurants and the stories behind the tasty dishes they serve. “It’s a culinary journey,” he tells us. “And it will help you gain a better appreciation for the talented chefs who make your favorite meals.”

For the last couple of weeks, the Omaha native has been on the publicity train to promote his newest literary endeavor. He’s been doing various book signings around the metro at—you guessed it—local eateries. Color us jealous. We caught up with KC’s all-around food dude to ask him our myriad of moronic questions. Fortunately, Stewart didn’t answer with his mouth full.

The Pitch: You’re offered any lead role in any Broadway musical. What’s the role?

Matt Stewart: I love singing and dancing on stage. As you can probably tell, I’m quite the ham. Back in high school, I serenaded all the girls with “Maria” from Westside Story and dreamed of playing Tony. His songs are classic, and the love story just breaks your heart. Of course, I’m too old to play him now. It’s creepy just thinking about it.

Instead, I’ll reprise my role from my senior year of high school as Harold Hill in The Music Man. Watch out, Hugh Jackman.

When you’re live, what’s a difficult word you’ve been known to butcher?

I butcher lots of words on a daily basis. Foreign names are the hardest. Cities can be challenging, especially when a town like Houston, Missouri, is pronounced How-ston. Or when the Arkansas River is pronounced Our-Kansas.

But the one word I always hate seeing on the teleprompter is rampage. I always say ‘rampej’ instead of ‘ram-page.’ It makes me so mad; I feel like going on a rampej. 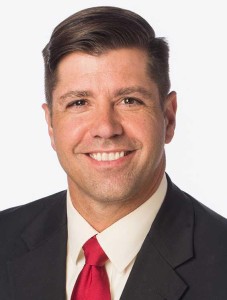 I am a very adventurous eater and up for anything—within reason. Remember the feast scene in Indiana Jones and the Temple of Doom? I’m not going to eat monkey brains or baby snakes. Ew.

But if there’s one thing I’d like to try, it’s blowfish. Or fugu, as it’s called. It’s considered one of the greatest delicacies in the world, and if they don’t cut it right, you die from poisoning. I’d hate to be the guy who found that out the hard way. If you can guarantee I will not be poisoned, I’ll give it a try.

Halloween is just around the corner. What was your all-time favorite costume growing up?

My parents were so poor growing up; my mom usually made our costumes. One year, she took a large piece of cardboard, painted it as the King of Hearts, painted hearts on my cheeks, and sent me out the door to get candy.

In high school, I bought a gorilla mask and gorilla gloves and sat on my front porch in front of the candy bowl and growled as kids came up to get a piece. It was so much fun to see them quiver in fear. Most of them would run away without any candy, and at the end of the night, I had a full bowl of candy to eat.

You know who hasn’t? Jim Carrey and Will Ferrell. Come on. They sit at the news desk without an earpiece or a microphone on their lapel and just start talking. Not realistic at all.

I loved Michelle Pfeiffer in Up Close and Personal until she went into a tunnel and did a live shot—while the camera wasn’t connected to a live source. Hollywood cuts corners when it comes to portraying TV reporters. Most people don’t notice, but we in the industry do.

I’d say The Newsroom did the best job with it, but, even then, I couldn’t get past the first episode. When the producer said there was an AP alert and they got mad at her because it was an orange and not a red alert—that’s not even a thing. An AP alert means it’s important, and to not even care about it is completely inane! Look! I used your word properly. Maybe?