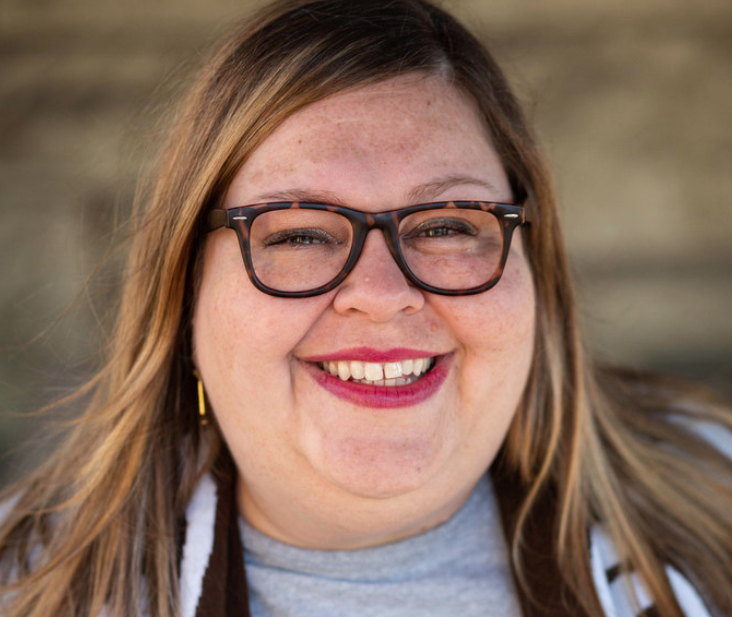 The local, self-proclaimed “clean” comedian has plenty of accolades to her name. In fact, she was once named the Funniest Female Comedian in Kansas City. And her Dry Bar Comedy special is scheduled to drop later this year. Even more impressive, Caspari has shared stages with Arsenio Hall, Pauly Shore, Leanne Morgan, and the late Charlie Murphy.

Earlier this summer, Caspari was tapped to join the national Bored Teachers Comedy Tour. She tells us it was the perfect opportunity to hone her latest material whilst visiting 14 beautiful cities across the U.S.

We caught up with Caspari just before she started another school year to ask our series of wholly insipid questions. Fortunately, she didn’t correct our grammar. Uh, much.

The Pitch: You’re cast on Survivor. What’s your one luxury item? 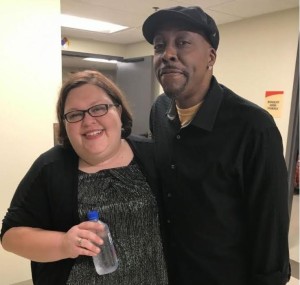 Andrea Caspari: I immediately thought of tweezers—for very obvious reasons. I am not trying to let my eyebrows get out of control on national television. I’ll look like Wolfman Jack in under a week. How will I get on The View with a unibrow?

Plus, as long as they have a Starbucks somewhere on the island, I’ll be good to go. (Venti latte with oat milk and four Splenda, please.)

OMG. When I was about 8 or 9, my male cousins were tasked with taking me to get a quick haircut. They took me to a barber, natch. I came home with the shortest cut. (That ‘do was so bad it was a don’t.)

A few weeks later we went to a Chinese restaurant and the server was like, “What will the little boy be having?” I was mortified. It took forever to grow that mess out. Since it was the ’80s, we let it grow in the back and I kept the sides trimmed up. I was sporting a lady mullet well before it was cool.

There are over 3,000 patron saints. Name another one you’d include in the mix.

I already have four candles of my very own patron saints: The Golden Girls. I’m obsessed. I love each character and I will always stop to marathon the series on any channel it’s playing. My favorite shirt is black with a gold silhouette of the Girls that says, “Cheesecake fixes everything.” That is my personal motto.

What’s a definitive response that always shuts your hecklers down?

People ask if I ever get heckled, and I just laugh. If anyone ever shouts something out, I incorporate it into my set immediately and have the best time playing with them. I love audience interaction. Bring it on.

You can’t scare me. I’m a teacher. I’ve been cussed out more by 8 a.m. than any jail warden.

Bonus question: Which comedian has told the most offensive joke ever in the history of comedy—and did you laugh?

Although I’m considered a clean comic, dirty jokes do make me laugh. I love George Carlin, Robin Williams, and Margaret Cho the most. As a teacher comedian, however, I do have to plead the fifth on this answer.