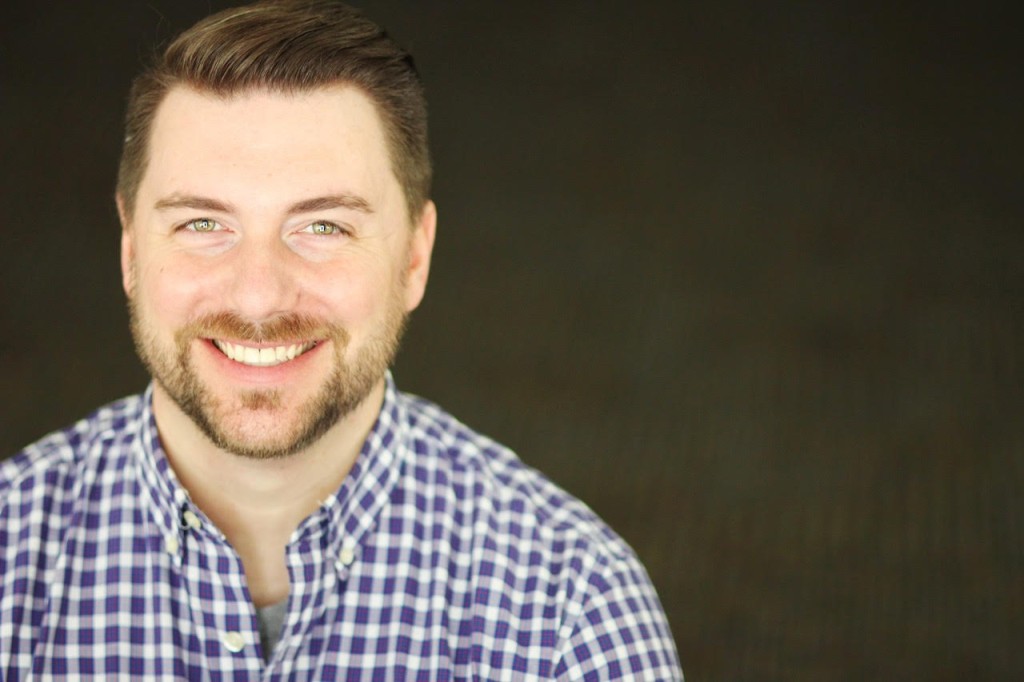 Talk about a change of pace. By day, Robert Hingula is a mild-mannered shareholder with KC’s Polsinelli Law Firm where he focuses on employment law and negotiating labor disagreements.

By night, Hingula has been known to tear it up on stage—specifically the musical theater stage. Hingula has appeared both with local community and professional theaters including Starlight, KCRep, Quality Hill Playhouse—including Theatre in the Park, and Chestnut Fine Arts Center to name a few. 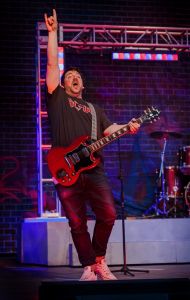 He tells us he’s been in love with performing since his freshman year at Hanks High School in El Paso, Texas. Hingula auditioned for the musical Grease and landed the role of Doody. That’s also when he took up guitar, as his character had to play on stage. His parents gave him an acoustic guitar that Christmas and he’s been rockin’ out ever since.

Hingula’s guitar prowess comes in handy once again starring as Dewey Finn in Theatre in the Park’s musical version of School of Rock. (Yes, it’s the role Jack Black made famous—the wanna-be rocker/substitute teacher who creates a rock band with his talented prep school students.) The show debuted last weekend and runs July 6–9 this week.

Showgoers will have the pleasure of watching Robert play his own guitar in the show. “I just love telling stories,” says Hingula. “And, of course it’s fun.”

We caught up with the lawyer/rocker between rehearsals to ask him our four inane questions. (Insert patented Jack Black raised eyebrow here.)

The Pitch: In your humble opinion, what’s the absolute campiest performance ever performed on TV and/or cinema?

Hingula: My wife and I are huge horror junkies, so there are just so many to choose from. The one that sticks out the most to me—though not in the horror genre—is Turkey Shoot released in 1982. It is basically Hunger Games with bad special effects and fight scenes. It’s so bad, it’s awesome. (I mean, it was the early 80s).

What’s an appetizer that should be permanently banished from restaurant menus?

I may be in the minority here, but I am not a fan of any potato-based app—e.g., loaded fries, loaded tots, Irish nachos, potato skins, etc. I think they are just way too heavy to eat before a meal.

Dry ice on stage—yay or nay?

Taking Michael out of the equation, who’s the most talented member of The Jackson Five?

I am going to cheat and expand this to the entire Jackson family and say Janet. I mean, she’s an icon! But if I had to choose the remaining four? I would go with Jermaine—he has a Grammy nomination and some top 30 songs.