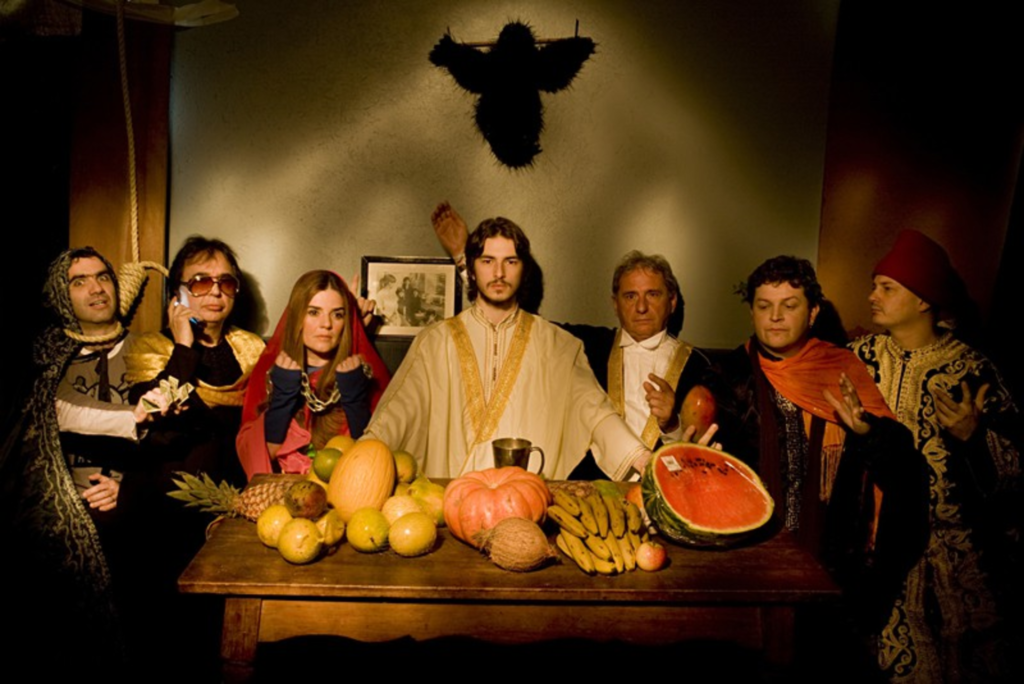 Brazilian tropicália act Os Mutantes has an asset that, for many musicians, is more valuable than popularity: influence.

Despite its multiple members, two breakups and four decades, the band is far from a household name in the United States. But its first two albums, Os Mutantes and Mutantes — as well as its appearance on a landmark tropicália compilation in 1968 — were mesmerizing blends of ’60s psychedelic rock, Brazilian folk and funk, and they successfully blew the minds of Talking Heads’ David Byrne, Of Montreal’s Kevin Barnes and others. In an interview in January 1993, Kurt Cobain even suggested that the band, which broke up in the late 1970s, should reunite. Thirteen years later, and 12 years after Cobain’s death, his wish would come true.

It may be the only time a band has reformed because of miscommunication.

“In 2006, there was a celebration in London celebrating the tropicália movement,” frontman Sérgio Dias tells The Pitch by phone. “Somebody told the curator it wouldn’t make any sense to do it without Os Mutantes. The curator said, ‘Listen, what can I do? They don’t exist. They’re not a band anymore.'”

It should have ended there. But with the help of some old-fashioned media incompetence, it didn’t.

Confused band members started calling one another, trying to determine what was happening. Finally, drummer Dinho Leme said what the others were apparently feeling: “Well, if you guys want, I’ll play.” Soon the band was getting together in Dias’ studio to run through a few songs.

“We played and, of course, sounded like shit, but the magic was there,” he says. “We decided right there on the spot, ‘OK, let’s do it.'” From there, the one-off reunion, played at London’s Barbican Theatre, snowballed into a full-fledged tour.

“We thought we were going to do one show, and a month later we already had a tour in the U.S., with the major places, like Webster Hall, the Hollywood Bowl opening for the Flaming Lips, and a few more, which was a dream.”

What separates Os Mutantes from the usual spate of reunion acts is that they returned to the studio as well as the stage, releasing Haih Or Amortecedor last year.

“It was supposed to be a big challenge, you know, because of the history of Mutantes and all the albums and all this,” he says. “Many people were like, ‘Hey, guys, don’t do this. This could destroy your history,’ or some shit like that. But Mutantes were never afraid of anything, so we just treated it as a normal album.”

Haih Or Amortecedor is, indeed, a “normal” album. It sounds like vintage tropicália, effortlessly combining acoustic guitars and tribal drums with mind-bending electric guitar. The reformed Mutantes, however, sound simultaneously wonderful and disappointing: The album is comfortably familiar in its mix of psychedelia and indigenous South American music, but one would hope that a band so radical 40 years ago would return with something fresher after all these years. (The strange costumes, which make the band look like royalty from another planet, are still there, too.)

But the album’s warm reviews reflect a reverence for the band. Haih Or Amortecedor received an 8.0 from Spin and a 7.0 from Pitchfork. But the praise, like the criticism, seems not to matter to Dias.

“We have to make new music. We can’t be just a band that lives on the past. That’s not what we are,” he says. “That’s why we put this album out. It takes on a life of its own.”

The reunited band features Dias and the band’s original drummer, Leme, but that duo is all that remains of the original lineup, which broke up in the early ’70s due to interpersonal issues. (A second grouping broke up in 1978 because of creative differences.)

Keyboardist Arnaldo Baptista Dias (Dias’ brother) and bassist Arnolpho Lima Filho were part of the reunion in 2006, but they both left the band the following year to explore solo projects. When asked about the reasons behind the lack of other original members — specifically female vocalist Rita Lee, whose soaring, soulful voice was a counterpoint to Dias’ more frank and down-to-earth tones — Dias speaks frankly.

“She just didn’t want to be a part of it. … I think she had a hardship between her and my brother because they were married,” he says. “Those things are hard to work out, you know?”

Despite the whirlwind of reuniting, releasing a new album and having a tour planned all the way through July, Dias is happy about where he finds himself now.

“It’s been an amazing experience because we’ve basically been watching everything that we did before, but we’re much more mature now,” Dias says. “It’s amazing to see those kids loving the songs and the music that we did 40 years ago. This is a treat. It’s something fantastic that can only make you feel humble about it.