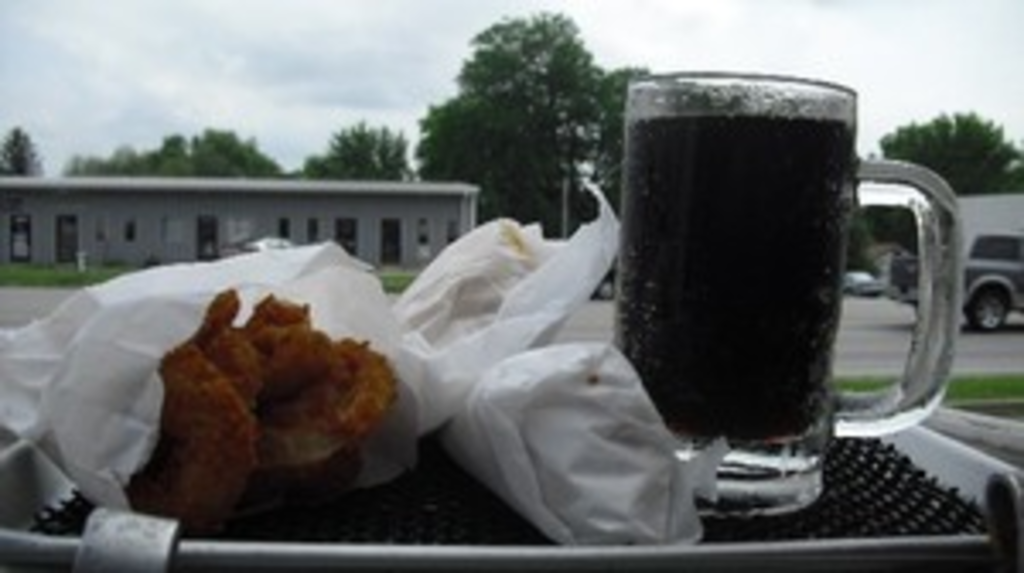 ​The A&W root beer chain — currently owned by Yum! Brands, operators of Pizza Hut, Taco Bell and Kentucky Fried Chicken — has long claimed to have opened the first drive-in restaurant in America. That was in the early 1920s, when A&W founder Roy Allen opened his second root beer stand in Sacramento. He hired “tray boys” to serve patrons curb-side, so they wouldn’t have to leave the comfort of their Fords and Chevrolets. The drive-through concept came much later, after World War II, when the founders of In-N-Out Burgers, Esther and Harry Snyder, began using a speaker system that allowed customers to order from their car windows and pick the food up later from a window in the building.
Today, drive-through windows dominate the fast-food landscape, but there are a few drive-ins still around, like the last local Mugs Up Root Beer Drive-In. It still serves home-made root beer and orange drink (it’s called an orangaroo) out of the orange-and-white building that opened more than half a century ago.