For Dutch Newman, the love is starting to pay off 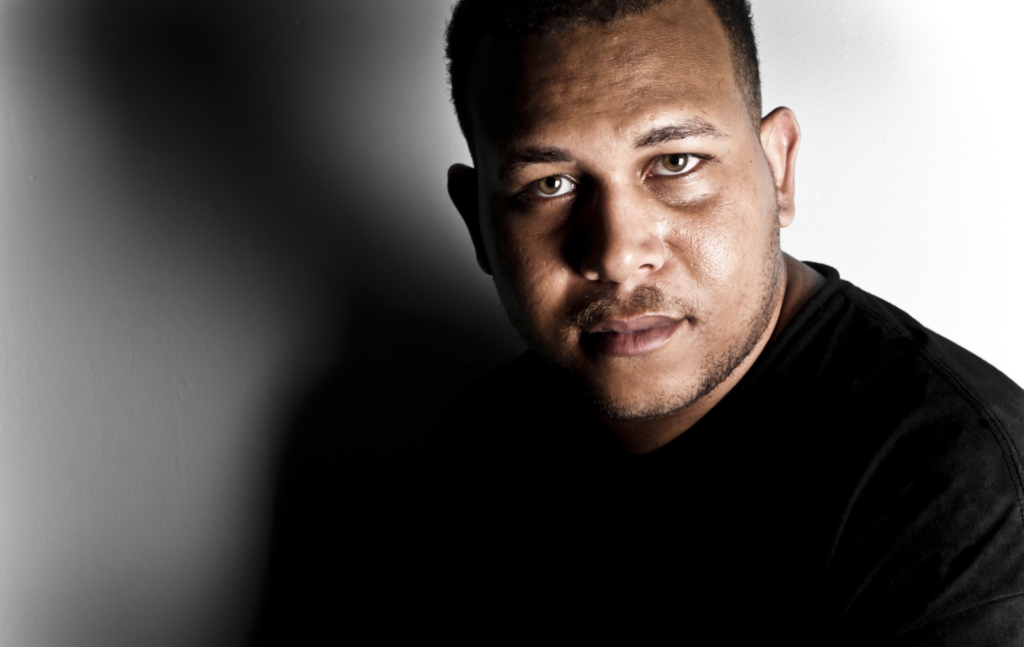 Sometimes success isn’t about changing the game. It’s about mastering the finer details of the hustle.

Then consider that Newman dropped his first album only two weeks ago.

“Man, I don’t even know most of those people,” he says, laughing during a drive from Waldo to his house on the city’s East Side. “I’ll just run into people out and have all these friend requests the next day.”

People love Dutch Newman, whether in the clubs (“You don’t need an ID,” he tells me as we make plans to go out. “You’re rolling with Dutch”), at the bar or on Twitter. If love paid the bills, Newman would be a rich man. He could drop the mic, take a final bow and exit the stage in early retirement.

To hear Newman tell it, his aspirations in the rap game are about exactly that: the love. Love from other artists. Love from fans.

“Maybe it sounds corny, but it’s about the love. I want people to feel the love when I’m onstage — my passion for this shit,” he says.

He’s been rapping since he was 18 and has performed across the city for years. The young artist appeared so often at the now-defunct hip-hop shows at the downtown Peanut that, Newman says, he earned the nickname “Prince of the Peanut.”

Yet for all his efforts, one thing has been missing from Newman’s hip-hop dossier: a full-length album.

Two years ago, Newman hooked up with longtime rapper and producer Johnny Quest, who brought up the idea of recording an album together. Quest had been on a self-imposed hiatus from making music. (“I wanted to redevelop artistically,” he explains.) Newman was having trouble summoning the long-term commitment required to put together a full-length effort. The 30-something Quest proved to be the antidote to Newman’s youthful lack of focus.

In November 2009, the two began making The Lonely Hearts Club, the name of the duo’s recently released album and their newly formed musical partnership. The disc is as original as their pairing. As producer, Quest layers a blend of rock, blues and old-school scratching over Newman’s hard-hitting vocals. As MC, Newman offers carefully crafted, disarming lyrics, moving effortlessly from lost love to partying to thought-provoking meditation. The album owes some of its rare delight to its complex emotional arc and a solid backdrop of hard-knocking beats. If Lonely Hearts finds Quest emerging from his brief sabbatical with a war chest of inspired production choices, it finds Newman evolving into a mature artist.

Newman credits Quest’s mentorship for his progress. “He made me a better MC,” he says.

Though they started work on the project nearly a year ago, they didn’t hold the results in their hands until a day before the scheduled release party at the Jackpot in Lawrence. The timing was perfect. For Quest, who had put up his own money to support the project and book the venue, it was necessary.

Without an album, with only a Facebook event page for promotion, neither Newman nor Quest knew what to expect when they got to the Jackpot. But when they saw that a couple of hundred folks, by their count, had paid their way into the venue, Quest could be sure he’d be able to cover his mortgage payment, and Newman could see the beginning of the standing-room-only success to which he aspires.

“It was beautiful, man,” Newman says of the turnout.

The success came on the heels of grief for both artists. A day before, Newman had attended the funeral of a close friend. Quest was still dealing with the death of Gavin Smith, a good friend and owner of Fatso’s, a zpopular Lawrence nightspot, during a hiking expedition in the Grand Canyon.

“Some people just wanted to see what the fuck I would do,” Newman says of the audience that night. It’s that same contrast — between Newman’s innate gregariousness and his seriousness — which colors his lyrics on Lonely Hearts.

Though Newman has no shortage of friends or supporters, dealing with the incarceration of his brother and scratching out a living from rap make for a challenging grind.

“Man, I woke up in a bad mood. I almost canceled this morning,” he says a few hours after we first meet.

Before we end our interview — a half-day spent with a small group of Newman’s friends and dropping by the studio of Steddy P, founder of IndyGround Records, to talk about a possible tour with Steddy’s label — Newman wants to stop by a friend’s house. The friend has asked to buy one of the newly pressed CDs, the first batch of which Quest had earlier in the day given Newman to sell.

We pull up to the house, and Newman grabs an album to hand off.

“I don’t have any change,” Newman replies.

It’s a small success. Some pocket change for a few drinks later on. But the love, it seems, is finally starting to pay off.