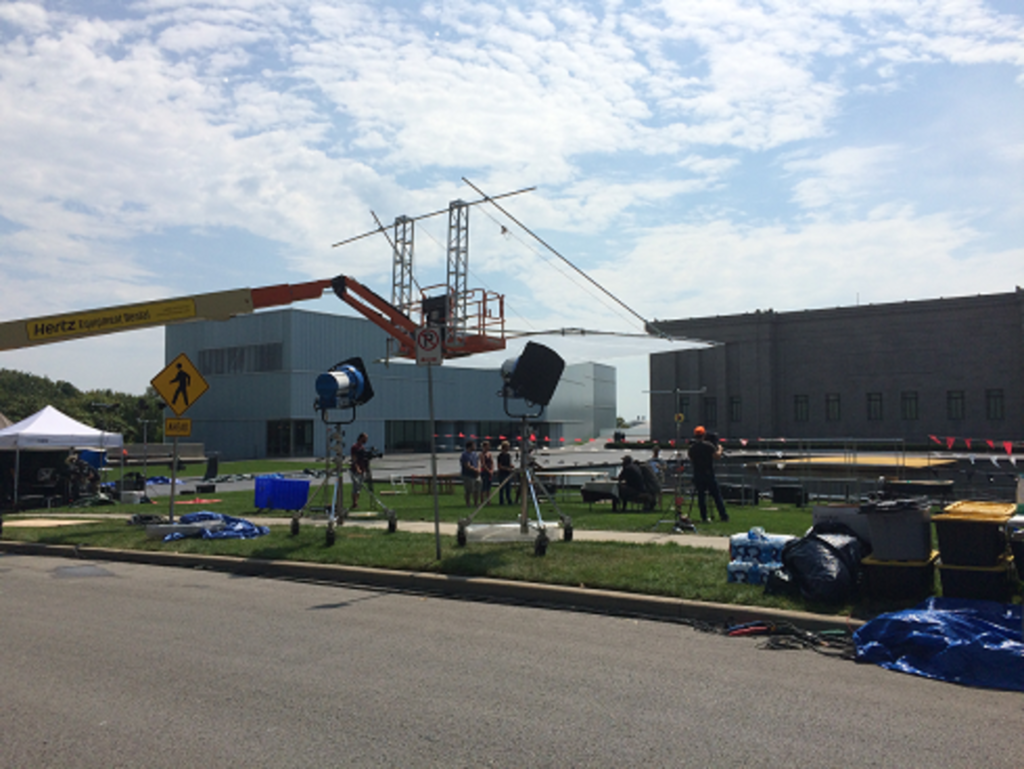 There’s a new installation being erected on the grounds of the Nelson-Atkins Museum of Art, but it’s temporary and has no connection to visual art.

It has everything to do with the art of barbecue.

The crane, the lights, the stage — all are in position for the new Food Network series BBQ Blitz, hosted by former NFL player Eddie Jackson, the most recent Food Network Star winner. He’ll be here tomorrow to tape the third episode of the six-part series, scheduled to premiere on the Food Network on October 9 at 9:30 p.m.

The Nelson-Atkins Museum wouldn’t reveal the names of the three local chefs competing for honors at tomorrow’s taping, but Pitch readers can find out for themselves by requesting free tickets to the event.

The audience is required to request tickets at this e-mail address: clover2198@aol.com. If approved, participants are required to be on the grounds of the museum by 8 a.m. Thursday, September 3.

Kathleen Leighton, the manager of media relations and video production for the Nelson-Atkins Museum, says that audience members must be over age 15 (anyone under 15 years of age must be accompanied by an adult). Everyone there will receive lunch and a snack.

The taping is scheduled to last until 4 p.m.